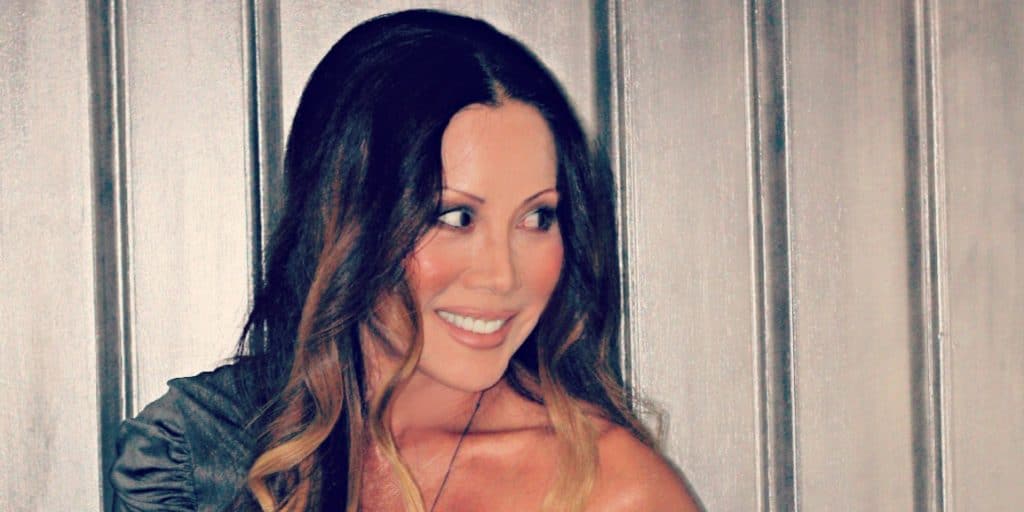 Where is Kiana Tom today? Net Worth, Husband, Measurements

Who is Kiana Tom?

Kiana Tom was born in Maui, Hawaii USA, on 14 March 1965 – her zodiac sign is Pisces, and she holds American nationality. She’s a TV show host, fitness expert, YouTuber, social media star, and an actress, who’s today perhaps known best for her YouTube channel “Kiana Fitness”, which she launched on 25 April 2008. It’s subscribed to by more than 100,000 people, and numbers over 1.3 million views of all her videos combined, most of which feature Kiana giving her fans advice on working-out and dieting.

‘Kiana’ means ‘Island Princess’ in Hawaiian, while some sources claim that it means ‘calm water’.

Kiana was raised in Maui alongside her sister Laurie, by their mother Marilyn who coached various sports at a local high school, including tennis, basketball and volleyball, and their father Layne Tom Jr. who was an actor.

Kiana became interested in exercising upon enrolling at high school, mostly became she dreamed about becoming a model, but also because she looked up to her mother. It didn’t take long for her to fall in love with exercising – she was 17 when she started going to the gym, having decided that she would eventually become a fitness trainer.

Kiana matriculated in 1983, and then focused on her career, rather pursuing a college degree.

Kiana is mostly popular on YouTube for the videos which feature her helping her fans lose weight and shape their figure, but also for her videos which show Kiana when she was in her 30s and 40s. We’re going to mention three of her most popular YouTube videos, which have helped her gain many subscribers.

Her second most popular video “Kiana’s Flex Appeal ESPN Breezes Bahamas” has been viewed more than 50,000 times since 2014, and also shows Kiana when she was a lot younger, and when she was spending some time in the Bahamas.

Kiana’s third most popular video – “Kiana’s Flex Appeal HD Night Swimsuit Workout Grand Wailea Maui 30” – has been watched close to 50,000 times since 2015, and features her working out in her swimsuit.

Kiana became popular worldwide in 1995, after she created and starred in her own sports fitness series “Kiana’s Flex Appeal”. It was the most popular fitness show in the world, aired on ESPN, and was watched in more than 80 million homes in over 100 countries. It went on to air for more than 10 years, and Kiana didn’t only star in it, but also chose the locations for the shooting, chose the co-production companies herself, decided which gyms would feature in her episodes, and which exercises she would show.

Because of the series’ extreme popularity, ESPN launched a couple of spin-offs, including “Summer Sizzle with Kiana & Hot Summer Nights with Kiana” and “Kiana’s Too Fit 2 Quit”.

Kiana has five acting credits. In 1995, she played Anastasia in the adventure crime science fiction movie “Cyber Bandits”, directed by Erik Fleming, and starred Martin Kemp, Alexandra Paul and Adam Ant; the film follows Jack who has fallen in love with a mafia boss’ girlfriend.

Kiana played Tia in the 1998 episode “Two Weddings and a Funeral for a Refrigerator” of the critically acclaimed comedy series “The Drew Carey Show”, and the following year saw her play Maggie, in the hit action science fiction movie “Universal Soldier: The Return”. It was directed by Mic Rodgers, starred Jean-Claude Van Damme, Bill Goldberg and Heidi Schanz, and follows the ‘universal soldier’ who has to fight an entire army all by himself, because the military’s supercomputer has gone rogue.

Kiana also appeared in the 2001 episode “Film at Eleven” of the romantic crime drama “Family Law”, and the 2002 music video “Eminem: Without Me”.

Other works and awards

Kiana is an author too – her book “Kiana’s Body Sculpting” was published in 1994, and comprises 144 pages, explaining how to improve one’s strength and become fit.

In May 2002, she posed nude for the magazine “Playboy”; according to rumors, Kiana wanted to wait to pose for “Playboy” until she was at what she believed to be a perfect age, and her body in the best possible shape.

For her contributions to the fitness industry, Kiana was presented with a US Sports Academy Award.

Kiana is highly secretive when it comes to her love life, but it’s still widely known that she’s been a married woman for close to two decades now. She married Dennis Breshears in March 2002, in a private ceremony attended by many of their friends and family members; Dennis worked at Los Angeles County Fire Department as an Assistant Fire Chief.

In 2002, Kiana gave birth to their daughter Anelalani, while their second daughter Asialea followed in 2006.

There are rumors circulating the internet, claiming that Kiana had dated many men prior to meeting Dennis, but no evidence has been provided to support these claims, nor has Kiana addressed these rumors.

As of December 2021, she’s married to Dennis Breshears, and has two daughters with him.

Kiana started playing the piano when she was nine years old, and is today an avid pianist.

She’s quite active on Instagram, and apparently enjoys the attention which she’s receiving from her close to 100,000 followers; Kiana has uploaded nearly 5,000 pictures onto the network, most of which feature her working out.

She’s still physically highly active, and trains at her own gym five to six times per week.

Kiana likes to travel, and her career has taken her all around the world, while her dream travel destination is Brasilia, the capital city of Brazil.

Late at night, she enjoys watching movies starring her favorite actresses, Natalie Portman and Scarlett Johansson, such as “Leon: The Professional”, “Lost in Translation” and “V for Vendetta”.

As of December 2021, her net worth has been estimated at well over $1 million.