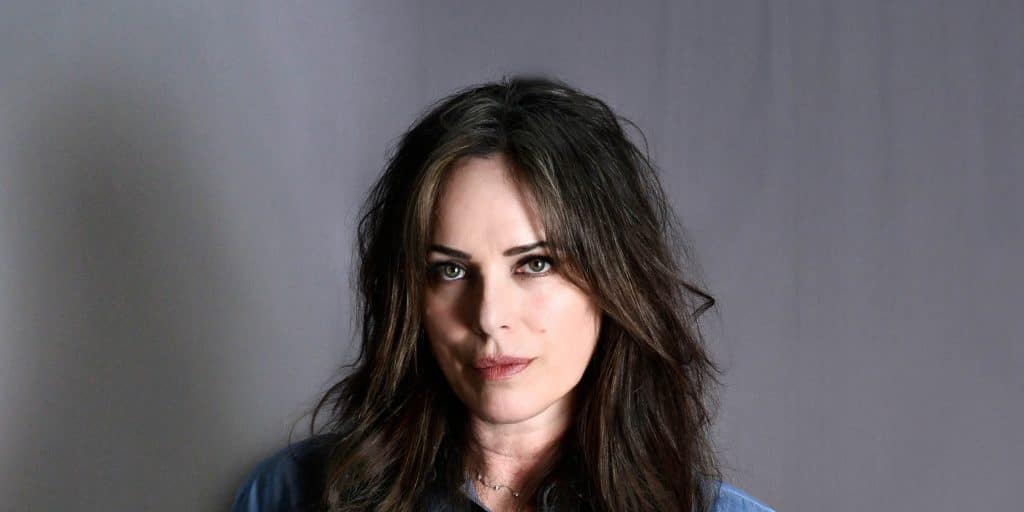 Where is Kristin Minter now? Is she married? Net Worth, Height

Who is Kristin Minter?

Kristin Minter was born under the zodiac sign of Saggitarius on 22 November 1965, in Miami, Florida USA. Her ethnicity is white, and she holds American nationality. She’s an actress with 77 credits to her name, while she’s perhaps mostly known for her role in the movie “Cool as Ice”, in which she played the character Kathy Winslow, acting alongside popular American rapper Vanilla Ice, in the  musical comedy drama directed by David Kellogg and written by David Stenn, which had its premiere on 18 October 1991. The plot revolves around a motorcycle-riding rapper who falls for a local student in a small town, meanwhile, her family is in witness protection.

The movie had seven award nominations, and one win for Worst New Star at Razzie Awards, won by Vanilla Ice.

Kristin was raised with her three brothers, Charles “Chuck” Laskey Minter Jr., Derek Ryan Minter, and Michael “Mikie” Scott Minter, in Yardley, Pennsylvania by their parents Charlie and Dottie Minter; her mother was a horse trainer and her father a financial firm executive.

She attended a local high school, and upon matriculating in 1983, enrolled at Philadelphia College of Arts where she studied dance, but after a leg injury, she went to Europe to pursue her modeling career, where she had a few modeling gigs.

However, after a few years, she moved back to the states, but now for another reason, as she wanted to start her acting career, so she thus enrolled at an acting school in Los Angeles. Before she had her first on-screen role, Kristin did several TV commercials, and attended Meisner acting classes four times a week.

Her first acting job was as Jenna in the comedy series “Living Dolls”, created by Ross Brown in 1989, which is a spin-off from “Who’s the Boss”. A year later, she acted in the series “The Outsiders”, alongside Rodney Harvey, Jay R. Ferguson and Boyd Kestner. It’s a drama about a group of troubled teens in the ‘60s.

In 1995, she was cast to play Debra Vaughn, in the series “University Hospital”, a drama created by Joel J. Feigenbaum and James L. Conway, and in the same year she appeared in several other series, such as “Pig Sty”, “Fallen Angels” and “Highlander”.

In 2000, Kristin starred as Annalise in the supernatural action-comedy “Good vs Evil”, created by Josh and Jonas Pate, about a group of agents of the secret agency “Corps”, which is under the command of Heaven, with the job of fighting against demonic Morlocks in Hollywood.

However, one of her most successful roles was in the series “ER”, in which she played the character Randi Fronczak.

This medical drama was created by the physician and novelist Michael Crichton, and aired on NBC for 15 seasons from 1994 to 2009, making it the second-longest-running medical drama in the history of US television. The story follows the lives of doctors who are working in the emergency room (ER) of the fictional County General Hospital in Chicago. The series attracted 370 award nominations and 156 wins, including 23 Primetime Emmys.

Over the few years, Kirstin was cast to play minor roles in several series, such as “Crossing Jordan”, “Dirt”, “Ray Donovan” and “The Look Book”.

Her most recent role was in the mini-series “Steffy and Roxy” in 202, a comedy drama in which Kristin acted as Talent Manager.

Her first movie role was in the famous family comedy “Home Alone” in 1990, in which she portrayed the character Heather McCallister; directed by Chris Columbus, it was nominated for two Oscars. Two years later, she appea red in the comedy movie “Passed Away”, alongside Bob Hoskins, William Petersen and Jack Warden.

In 1995, she starred as Rita in the fantasy comedy drama “Dad, the Angel & Me”, written by Josh Goldstein and directed by Rick Wallace. It’s about a dad who has recently divorced his wife, and is now having problems taking care of his daughter alone, but fortunately for him, a guardian angel is watching over them.

In 2009, she had one of her main roles, as Kristin portrayed Sara in the movie “Dead in Love”, a comedy about two friends who are in fact ghosts, and together start to search for a girl who they both liked when they were attending high school. Then in 2013, she was cast to play Miss Parysian in the comedy drama “Eat Spirit Eat”, which was written and directed by Jamed Bird; the movie had one win for Best Ensemble Cast at Orlando Film Festival 2013.

Over the next few years, she acted in several movies such as “Excess Flesh”, “Fire City: End of Days” and “We are Boats”. Her most recent movie role was in the eight-minute-long thriller “The Clash of Ms. Ampersand Dottington’s Dubious DNA”, directed by Zachary Brantley.

She is currently busy and still working on new projects, including the drama movie “7th Secret”.

Kristin Minter has kept her love life a big secret, and hasn’t publicly spoken about any of her relationships; so, because of that, there were various rumors concerning her sexual orientation.

However, not long ago, Kristin unexpectedly announced that she married Sander Zagzebski, whom she claims to be her soulmate; Sander is an attorney in Los Angeles. The couple had a private wedding with some of their closest friends and family members attending, but it’s still unknown to the public when and where they married. It is known that they don’t have any kids.

Some of Kristin’s favorite hobbies are traveling, photography and horseback riding.

She is a big fan of flowers, with lilies being her favorits.

Kristin is also an animal lover, and she her favorites are dogs and horses. She has three dogs that she posts pictures of on her Instagram account.

Age, weight, and net worth

As of August 2021, her net worth has been estimated at close to $1 million.