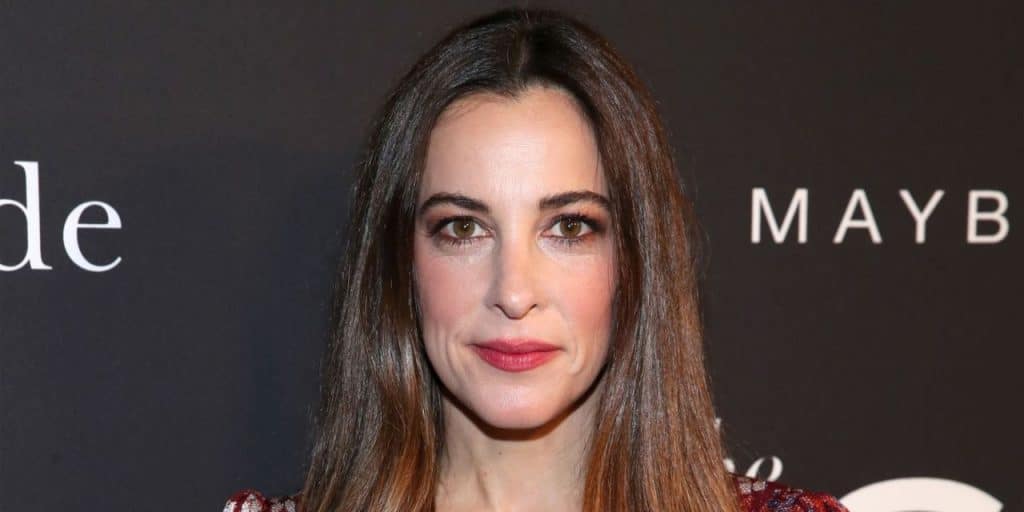 Where is Lindsay Sloane today? Age, Husband, Net Worth, Kids

Lindsay Sloane Leikin-Rollins was born on Long Island, New York State USA, on 8 August 1977 – her zodiac sign is Leo, and she holds American nationality. She’s an actress and a musician, who has appeared in more than 70 movies and TV series, while she’s perhaps still known best for her portrayal of the supporting character Big Red, in the 2000 romantic sports comedy movie “Bring It On”. It was directed by Peyton Reed, starred Kirsten Dunst, Eliza Dushku and Jesse Bradford, and follows a high school cheerleading team who have found out that their captain has stolen their best routines, now that she’s switched schools; the movie won two of the nine awards for which it was nominated.

Lindsay hasn’t been active in the film industry in the past two years, but hasn’t officially retired from acting.

Lindsay was raised on Long Island by her Jewish parents Joey and Renee Leikin; her father was a sales manager, while her mother was a children’s librarian. Because Lindsay hasn’t spoken of having any siblings, most of her fans believe her to be an only child.

She was around eight years old when she became interested in acting, and her mother thus found her an agent. Lindsay appeared in a couple of commercials in the following five years, and really launched her career in 1990, aged 13, when she voiced Big Sister in the short animated comedy film “Why, Charlie Brown, Why?” She gained recognition in the following year, when cast to play the supporting character Alice Pedermeir in the family comedy series “The Wonder Years”, appearing in six episodes in the following two years.

The series was created by Carol Black and Neal Marlens, starred Fred Savage, Dan Lauria and Alley Mills, and follows Kevin Arnold as he’s remembering his upbringing in the ‘60s and ‘70s; it won 29 awards, including four Primetime Emmys, while it was nominated for 70 other awards.

Lindsay attended a local high school, and upon matriculating in 1995, didn’t enroll at college, but chose to focus on her acting career.

In 1996 and 1997, Lindsay played Zoey Miller in the popular romantic comedy “Mr. Rhodes”, created by Mark Brazill and Jennifer Heath, and which starred Jessica Stone, Farrah Forke and Stephen Tobolowsky. It follows the author who has published his first novel, and who’s now teaching at a prep school; the series was nominated for three awards.

Lindsay made a guest appearance in an episode of a couple of series by the end of the ‘90s, including the drama “Promised Land”, the comedy “Working”, and the romantic comedy “Dharma & Greg”, while she also portrayed one of the lead characters, Valerie Birkhead, in the hit family fantasy comedy “Sabrina the Teenage Witch”. It was created by Jonathan Schmock and Nell Scovell, also starred Melissa Joan Hart and Caroline Rhea, and follows a teenager who has just found out that she’s a witch. The series aired from 1996 to 2003 – Lindsay was a cast member from 1997 to 1999 – and it won 11 of the 39 awards for which it was nominated, including two Primetime Emmy nominations.

She played supporting characters in a couple of popular series in the 2000s, such as the comedy “Grosse Pointe”, the comedy drama “The Stones”, and the romantic comedy “Help Me Help You”.

The first half of the 2010s saw Lindsay make a guest appearance in several series, including the comedy “Mr. Sunshine” and the hit crime comedy “Weeds”, and in 2015, she was cast to star as Emily in the comedy “The Odd Couple”. It was created by Danny Jacobson and Joe Keenan, also starred Matthew Perry and Thomas Lennon, and follows two friends who have started living together now that their wives have kicked them out of their homes; the series aired from 2015 to 2017.

Lindsay’s most recent TV series role has been her portrayal of Grocery Woman in the 2017 episode “Weekend Alone” of the comedy “I’m Sorry”.

In 1998, Lindsay played the lead character Dalia in the short movie “Win a Date”, and the following year saw her appear in three movies: the family adventure comedy “Sabrina, Down Under”, the romantic comedy “Seven Girlfriends”, and the drama “Student Affairs”.

In 2003, she played Melissa Peyser in the action thriller comedy “The In-Laws”, directed by Andrew Fleming, and which starred Albert Brooks, Michael Douglas and Ryan Reynolds. It follows a doctor who has discovered that his future son-in-law is an international spy, only a couple of days before he’s about to marry his daughter. A couple of Lindsay’s other notable performances in the 2000s were in the romantic comedy “Dog Gone Love”, and the comedy “DeMarco Affairs” both in 2004, and the 2006 comedy “She Said/He Said”.

The year 2010 saw her play the supporting character Francine in the action crime comedy “The Other Guys”, written and directed by Adam McKay, and which starred Will Ferrell, Mark Wahlberg and Derek Jeter.

Most recently, in 2019 she portrayed Billie in the popular drama “Endings, Beginnings”, which follows a year in the life of a woman in her 30s.

Lindsay sang the song “Sabrina” in the 1998 episode “And the Sabrina Goes to…” of the series “Sabrina the Teenage Witch”.

Lindsay has made a guest appearance in various talk-shows, such as “The Late Late Show with Craig Ferguson”, “Hollywood Today Live” and “Home & Family”.

Lindsay has been nominated for two awards: a 1997 Young Artist Award for Best Performance in a TV Comedy – Supporting Young Actress, for “Mr. Rhodes”, and a 2001 MTV Movie + TV Award for Best Dance Sequence, for “Bring It On”.

Lindsay is quite secretive when it comes to sharing the details of her love life with her fans, but it’s widely known that she’s today a married woman. She married the International Creative Management agent Dar Rollins in 2004, in a private ceremony attended by only the closest of their friends and family members; it’s believed that the two had met three years earlier, when Lindsay worked with Dar’s agency.

She hasn’t spoken of any other men whom she has perhaps been with, and as of January 2022, Lindsay’s married to Dar Rollins, and they have two daughters together.

Lindsay enjoys being active on Instagram, and is today followed by close to 30,000 people on the network, while she has uploaded nearly 50 pictures, most of which have been taken during her everyday life.

She likes to drink alcohol, and her favorite is white wine.

Lindsay is a fashionista, as she’s trying to keep up with all of the latest fashion trends, and is a shopaholic, as she goes shopping for clothes every week.

She’s into travelling, and her acting career has taken her to various US states and European countries, while her dream travel destination is Paris, the capital city of France.

Lindsay has her own favorite actors and actresses, some of whom are Leonardo DiCaprio, Natalie Portman and Julia Roberts, while some of her favorite movies include “Inception”, “Leon: The Professional” and “Notting Hill”.

As of January 2022, her net worth has been estimated at over $2 million.