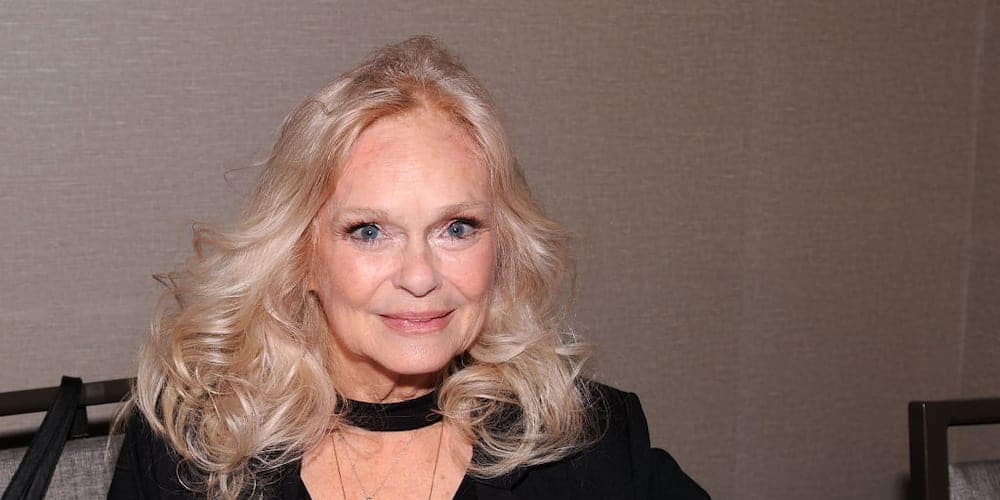 Where is Lynda Day George today? Spouse, Net Worth, Height

Who is Lynda Day George?

Lynda Louise Day George was born in San Marcos, Texas USA, on 11 December 1944 – her zodiac sign is Sagittarius, and she holds American nationality. She’s a retired actress and a singer, who appeared in more than 80 movies and TV series between 1961 and 1989, perhaps still remembered for her portrayal of Lisa Casey in the action crime adventure series “Mission: Impossible”. It was created by Bruce Geller, starred Peter Graves, Barbara Bain and Greg Morris, and follows a covert operations unit which is carrying out the most secret and dangerous of missions; the series aired from 1966 to 1973, and won 29 awards, including 10 Primetime Emmys, while it was nominated for 39 other awards.

Lynda has been staying away from the media’s attention since her retirement, and is today apparently leading a peaceful life at her home in Los Angeles, California.

Lynda was raised alongside her brother in San Marcos, by their parents about whom not a lot is known, as Lynda prefers to keep the details of her private life to herself, but it’s still known that her father was in the US Air Force. Her brother died of cancer in the ‘70s.

She dreamed about becoming a doctor while attending a local elementary school, but by the time Lynda enrolled at West Phoenix High School in Arizona, she had already fallen in love with acting and modelling. She was a member of the school’s drama club, and appeared in plays performed both at the school, and at a local theatre.

She made her debut film appearance in 1961, when cast to play Kim in the biographical war drama “The Outsider”, directed by Delbert Mann, and which starred Tony Curtis, James Franciscus and Gregory Walcott. The movie follows Native American fighting in World War II, on the island of Iwo Jima; it was nominated for a single award.

Lynda matriculated in the following year, and then focused on acting and modelling rather than pursuing a college degree.

Between 1966 and 1968, she played both Julie Brown and Karen Anders, in the crime drama “The Felony Squad”, created by Richard Murphy, and which starred Howard Duff, Ben Alexander and Dennis Cole. The series follows the veteran detective Sergeant Sam Stone and his partner Briggs, who has just launched his career. In 1968, Lynda was cast to appear in a couple of popular series, including the comedy “Good Morning World” and the action crime adventure “It Takes a Thief”.

Between 1967 and 1970, she portrayed four characters in four episodes of the popular mystery crime drama “The F.B.I.”, and in 1970 and 1971, Lynda starred as Amelia Cole in the adventure drama “The Silent Force”, also starring Ed Nelson and Percy Rodrigues, and follows the lives of several undercover agents.

The ‘70s then saw her make a guest appearance in an episode of numerous series, such as the adventure western drama “Kung Fu”, the mystery crime adventure “The Magician” and the drama “Marcus Welby, M. D.”

Between 1978 and 1984, Lynda played five characters in five episodes of the popular adventure comedy drama “Fantasy Island”, created by Gene Levitt, and which starred Ricardo Montalban, Wendy Schaal and Herve Villechaize. The series follows Mr. Roarke who’s running a special resort island in the Pacific; it was nominated for 17 awards, including seven Primetime Emmys.

Lynda’s final three roles in TV series were in the 1985 episode “My Johnny Lies Over the Ocean” of the mystery crime drama “Murder, She Wrote”, the 1986 episode “Address Unknown” of the crime drama “Blacke’s Magic” and the 1989 episode “Reprisal” of the action crime adventure “Mission: Impossible”.

In 1963, Lynda played Connie Mahoney in the comedy “Rockabye the Infantry”, and a couple of her following roles were in the 1966 drama “The Gentle Rain”, the 1968 drama “The Sound of Anger” and the 1969 horror thriller “Fear No Evil”.

She gained recognition in 1969, when cast to play Ray’s Girlfriend in the action crime drama “The Devil’s 8”, directed by Burt Topper, and which starred Christopher George, Fabian and Tom Nardini; it follows eight convicts who have been hired by a federal agent to fight a moonshine gang. In 1970, Lynda played Sue McSween in the critically acclaimed biographical western “Chisum”, written and directed by Andrew V. McLaglen, and which starred John Wayne, Forrest Tucker and Christopher George. It follows Billy the Kid, Pat Garrett and John Chisum, who are fighting the Lincoln County land war; the movie won John Wayne a nomination for a Golden Laurel Award for Best Action Performance.

The following years saw Lynda appear in a couple of not so successful movies, such as “Cannon”, “Set This Town on Fire” and “The Sheriff”. In 1977, she played the lead character Terry Marsh, in the popular horror science fiction thriller “Day of the Animals”, directed by William Girdler, and which also starred Christopher George and Leslie Nielsen. The movie follows a group of hikers who have entered a forest which is home to various mysterious and dangerous creatures.

Three of Lynda’s final roles in movies were in the 1982 mystery horror thriller “Pieces”, the 1983 horror “Mortuary” and the 1983 action crime drama “Young Warriors”.

Lynda sang the song “Gentle Rain” in the 1972 episode “Trapped” of the series “Mission: Impossible”.

She has been featured in various documentaries, including the 1977 film “Aliens from Spaceship Earth”, the 1994 movie “100 Years of the Hollywood Western” and the 1997 short video “The Legend of Forrest Tucker”.

Lynda has made a guest appearance in a couple of talk-shows, such as “The Tonight Show Starring Johnny Carson”, “The Merv Griffin Show”, and “The Alan Thicke Show”.

Lynda was nominated for both a 1972 Golden Globe for Best TV Actress – Drama, and a 1973 Primetime Emmy Award for Outstanding Continued Performance by an Actress in a Leading Role (Drama Series – Continuing), both for “Mission: Impossible”.

Lynda has been married three times. She married her first husband Joseph Pantano in 1963, and in the following years gave birth to their son Nicholas ‘Nicky’ George.

Lynda then fell in love with the late American actor Christopher George, and thus divorced Joseph in 1970. She and Christopher married on 15 May 1970, and on 22 July 1972, she gave birth to their daughter Krisinda Casey George; Lynda and Christopher’s marriage ended on 28 November 1983, when he died of a heart attack, aged 52.

Lynda married the third time to famous American actor and film producer Doug Cronin. on 17 March 1990; and the marriage ended with Doug’s death on 4 December 2010.

Lynda hasn’t mentioned any other men whom she has perhaps been with, so as of December 2021, she’s single, was married thrice, and has two children.

Lynda was physically highly active during her 20s and 30s, mostly because it was important for her acting career to stay in shape; she practiced gymnastics, and was on a strict diet.

Lynda is currently working on her memoir, which she announced on 17 January 2020; entitled “Lynda Day George: A Hollywood Memoir”, it should be published in 2022.

She loved to travel when she was younger, and her acting career had made it possible for her to visit nearly all of US states, as well as many European countries, including England and Italy.

Lynda prefers older movies, made when she was still active in the film industry – a couple of her favorite actors and actresses are Clint Eastwood, Woody Allen and Meryl Streep, while some of her favorite movies are “A Fistful of Dollars”, “Dirty Harry” and “Kramer vs. Kramer”.

As of December 2021, her net worth has been estimated at over $20 million.