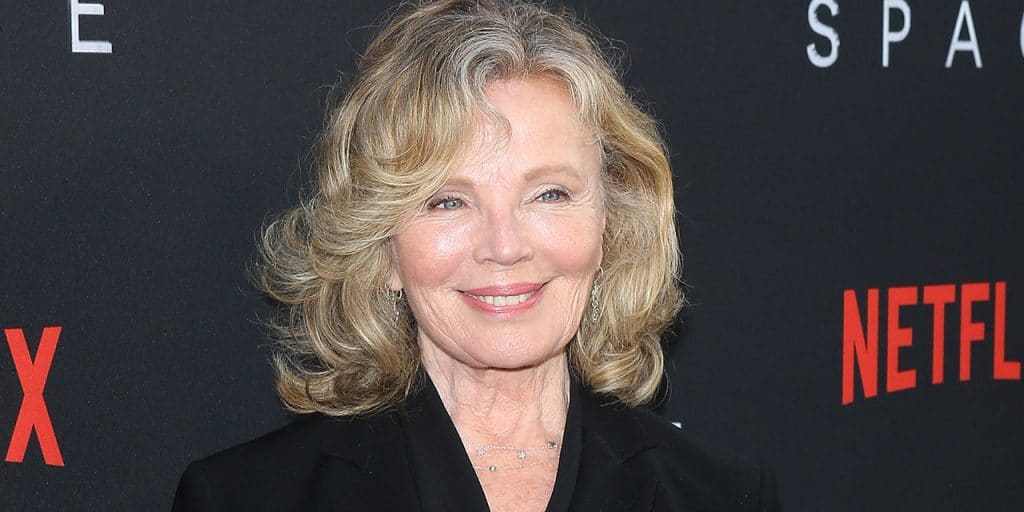 Where is Marta Kristen Today? Net Worth, Husband Kevin Kane

Marta Kristen is a Norwegian-born American actress, perhaps best known for her portrayal of Judy Robinson in Irwin Allen’s science fiction series, “Lost In Space”. All you need to know about the veteran actress is detailed in the biography below.

Marta Kristen was born as Birgit Annalisa Rusanen on 26 February 1945 under the zodiac sign of Pisces, in Oslo, Norway, to a Finnish mother and German soldier father who died in World War II. Thus, she has a mixture of Scandinavian and German ancestry, but holds dual nationality from Norway and the USA.

At two weeks old, she was left in an orphanage where she spent the first four years of her life.

A post shared by beauties yesterday and forever (@beauty_alway_s)

In 1949, she was adopted by an American couple- Professor Harold Oliver Soderquist and his wife Bertha, who renamed her Marta Annalise Soderquist, after Marta Bentzen, the Norwegian social worker who helped them fast-track the adoption process.

Marta’s adoptive father, Harold Oliver was a Professor of Education at Wayne University, Detroit, but Bertha’s career has not been disclosed. Upon moving to the US with her adoptive parents, Marta quickly adapted to the American culture and environment. She attended Farmington Elementary School, where she discovered a love for acting, and at age 10, Marta starred in a comedy which she co-wrote with two friends. Her father’s colleague, on seeing Marta’s talent, referred her to the Will-O-Way Theatre in Birmingham.

When Marta turned 14, she was cast in summer productions of “Taming of the Shrew” and “Little Women”. She also took a drama course at the Detroit Civic Theatre. In 1959, Prof. Soderquist and his family went to California during his sabbatical, where Marta enrolled into Santa Monica High School, and remained there even when her parents returned to Detroit the following year.

She lived with a guardian until she matriculated from the Hollywood Professional School at age 16. While eating hamburgers with a boyfriend in a Santa Monica drive-in restaurant, Marta was discovered by American film producer James B. Harris. He asked her to audition for the titular role of “Lolita”, which he was billed to produce.

However, Marta’s mother discouraged her, so the role went to Sue Lyon instead, certainly an opportunity missed.

Marta has mentioned that the theater was and will always be her first love. While in New York City, Marta was cast in many theater productions, including a revival of William Saroyan’s “The Time of Your Life” in Cubiculo Theater. She also featured in “The Other” and “The Three Sisters”, both in Westbeth Theatre Center.

In the latter years of her career, Marta took less film roles and became more active in the West Coast theaters.

She was cast in Hugh Whitemore’s “Pack of Lies” (1989) in Theatre Palisades, and subsequently played the role of Emily Stilson in Arthur Kopit’s play, “Wings”, which won an award.

When Marta started her professional acting career, she adopted ‘Marta Kristen’ as her stage name. In 1960, she landed her debut feature role playing Bonnie in “The Loretta Young Show”. The following year, she played Christine Staples in “Leave it to Beaver” and a dual role as Marjorie Stone/Jiffy Snack Girl in two episodes of “Alfred Hitchcock Presents”, one of which was directed by Hitchcock himself.

In 1963 and ‘64, Marta was cast in several TV shows, including “The Dick Powell Theatre”, “The Eleventh Hour”, “Mr. Novak”, and “The Man from U.N.C.L.E”). Then in 1965, Marta shot to stardom when she played Lorelei the mermaid in “Beach Blanket Bingo”. While filming the movie, she met Irwin Allen who was dead set on having Marta play Judy Robinson in his science fiction series, “Space Family Robinson”. She initially refused the part, but agreed after a series of discussions. The series was renamed “Lost In Space”, and she held the role from 1965 through 1968, and later appeared in a cameo role in its 1998 sequel.

Marta was taken back to her roots, as she played the role of a Norwegian Mom in a single episode of  “Murphy Brown” (1994). Still in the ‘90s, she voiced Annabelle Lee in the video game “Panic in the Park” (1995), then starred in Hallmark’s “Harvest of Fire” (1996), and played Martha Troyer opposite Patty Duke and Marilyn Beckett in “Below Utopia a.k.a Body Count” (1998) with Alyssa Milano.

In 2002, Marta made a guest appearance as herself in the documentary series “Jonathan Harris: Never Fear, Smith is Here”. In 2009, she was a voice actor for the short comedy animation, “The Bolt Who Screwed Christmas”, after which she retired from professional acting.

Marta Kristen’s first marriage was to psychologist Terry J. Treadwell. They were together from 1964 through 1973, and have a daughter Lora Alison Treadwell, born on 11 November 1969.

Following her divorce from Treadwell, Marta met Kevin P. Kane in 1974 and they married on 18 November 1978, living together in Santa Monica until Kane died in May 2016.

Marta Kristen still lives in Santa Monica with her two rescue dogs, while she helps raise her grandchild.

Marta Kristen is 5ft 4ins (1.63m) tall, and weighs around 123lbs (56kgs). She has blonde hair and blue eyes. Marta’s clothing style leans towards conservative, probably because of her age. She likes wearing plain blouses and pants.

In late 2021, Marta Kristen has an estimated net worth of $5 million, which she has earned from decades of acting. Details of property owned by Marta remain undisclosed.