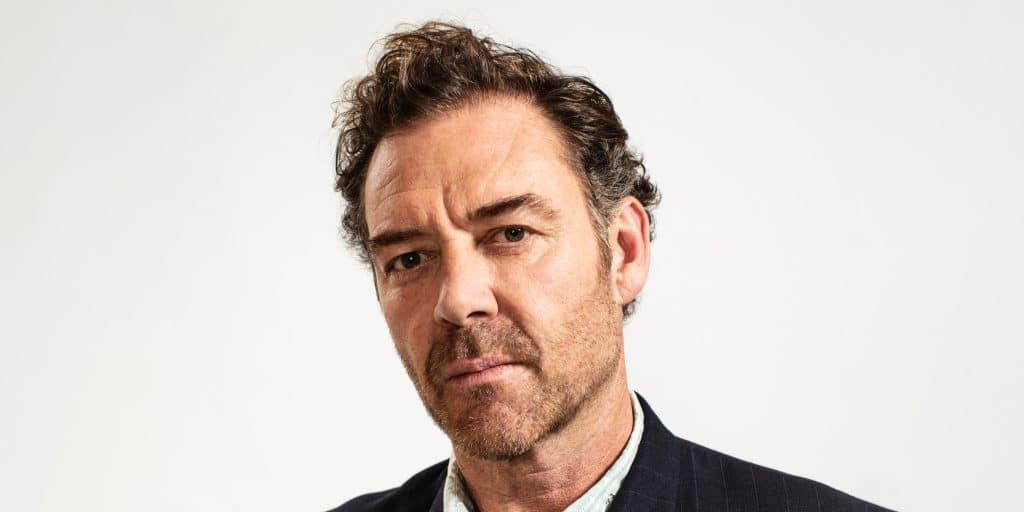 Where is Marton Csokas today? What is he doing now? Net Worth

Who is Marton Csokas?

Marton Csokas is a New Zealand award-winning actor, perhaps best known to the world as Trevor Goodchild in the film “Aeon Flux”, and as Teddy in the film “The Equalizer” (2014), among other roles that he’s secured so far in his career.

Where is Marton Csokas today?

Marton is in his mid- 50s and still active, with the latest projects on which he’s worked include the films “Juniper” and “The Last Duel” both in 2021. Moreover, he is currently working on the film “Prizefighter: The Life of Jem Belcher”, which is yet to receive its release date.

Marton was born on 30 June 1966 under the Cancer zodiac sign, in Invercargill, Aotearoa, New Zealand, to Marton Csokas, a Hungarian mechanical engineer, and his wife Margaret Christine, a nurse of Danish, English and Irish ancestry. He enrolled at Canterbury University, New Zealand, from which he obtained a Bachelor of Arts degree in Art History, then went to Te Kura Toi Whakaari: New Zealand Drama School, graduating in 1989 with a Diploma in Acting.

Marton’s career started in the early ‘90s, with the role of Terry Mercer in the TV series “Shark in the Park” (1990).

He continued with television roles such as Dr. Leonard Rossi-Dodds (1994-1996), then as Tarlus in the TV series “Hercules: The Legendary Journeys” (1996), and was rather busy that year playing Darko in the romantic drama film “Broken English”, starring Aleksandra Vujcic, Julian Arahanga and Rade Serbedzija, and then co-starred with Timothy Balme and Nicola Murphy in the sci-fi fantasy-comedy film “Jack Brown Genius”. Before the decade ended, Marton starred in the drama film “Hurrah” in 1998.

Happy birthday to the Baron himself, Marton Csokas! #IntoTheBadlands

He had a supporting role in the action-adventure film “Kingdom of Heaven” (2005), which starred Orlando Bloom, Eva Green, and Liam Neeson, and teamed up with Charlize Theron, Sophie Okonedo, and Frances McDormand to complete the main cast of the sci-fi action-adventure film “Aeon Flux”, also in 2005. Two years later, he co-starred in the biopic “Romulus, My Father”, based on the memoirs by German-Australian philosopher Raimond Gaita, and in 2010 he was Charles Kingsleigh in the Academy Award-winning fantasy adventure film “Alice in Wonderland”, starring Mia Wasikowska, Johnny Depp, and Helena Bonham Carter.

Marton continued his career rather successfully into the 2010s; he starred in the romantic drama film “South Solitary”, alongside Miranda Otto and Essie Davis and written and directed by Shirley Barrett, and in 2011 he had a supporting role in the mystery thriller-drama film “Dream House”, with Daniel Craig, Rachel Weisz, and Naomi Watts as the main stars. In 2012 he was Jack Barts in the action fantasy-horror film “Abraham Lincoln: Vampire Hunter”, starring Benjamin Walker, Rufus Sewell, and Dominic Cooper.

The following year, Marton portrayed Jimmy Laszlo in 10 episodes of the first season of the TV series “Rogue”, and in 2014 he was The Superintendent in the TV mini-series “Klondike”. The same year, he appeared in the fantasy action-adventure film “The Amazing Spider-Man 2”, and played Damien Lord in the award-winning action crime-thriller film “Sin City: A Dame to Kill For”.

Moreover, he starred in the action film “The Equalizer”, next to Denzel Washington, and Chloe Grace Moretz. From 2015 to 2017, he played Quinn in the TV action-adventure series “Into the Badlands”. He was Sheriff Brooks in the eponymous film about love and marriage between Richard and Mildred Loving, the interracial couple who was arrested in 1960s Virginia, entitled “Loving” (2016), and starring Ruth Negga, Joel Edgerton, and Will Dalton. In 2018 he portrayed Louis Patrick Gray III, Acting Director of the Federal Bureau of Investigation  in the biopic about Mark Felt, entitled “Mark Felt: The Man Who Brought Down the White House”, and in 2020 he portrayed Francis Carver in the TV mini-series “The Luminaries”, co-starring alongside Eve Hewson, Eva Green, and Himesh Patel.

When it comes to his personal life, Marton hasn’t spoken much about it, so there aren’t that many details. Back in 2005, he started a romance with actress Eva Green, which lasted until 2007. Since then, he hasn’t talked about his personal life, and according to reports, he hasn’t married and doesn’t have children.

As of late 2021, Marton Csokas’s net worth has been estimated to be around $4 million, earned through his successful career as an actor, appearing in more than 70 film and TV titles so far.

This award-winning actor has dark brown hair and hazel eyes. He stands at a height of 6ft 1in (1.86m), while he weighs approximately 185lbs (84kgs). His vital statistics are currently unknown, though he has a fit figure.

Before making it as an actor, Marton worked auctioning flowers, and also washed dishes in several bars and restaurants just to pay the bills, and support his acting career. Marton has worked in theater as well, and co-founded his own theatre company, the Stronghold Theatre. Some of his most prominent appearances on stage include roles in “Little Foxes”, then “Twelfth Night”, “Who’s Afraid of Virginia Woolf”, and “Riflemind”, while he won Joseph Jefferson Equity Award for Supporting Actor in a Play for his appearance in “Uncle Vanya”.

Marton is proud of his Hungarian roots and knows basic Hungarian, and is fluent in Italian and French. His favorite city is Berlin, and he’s spent six months in the Germany capital, working on the film.