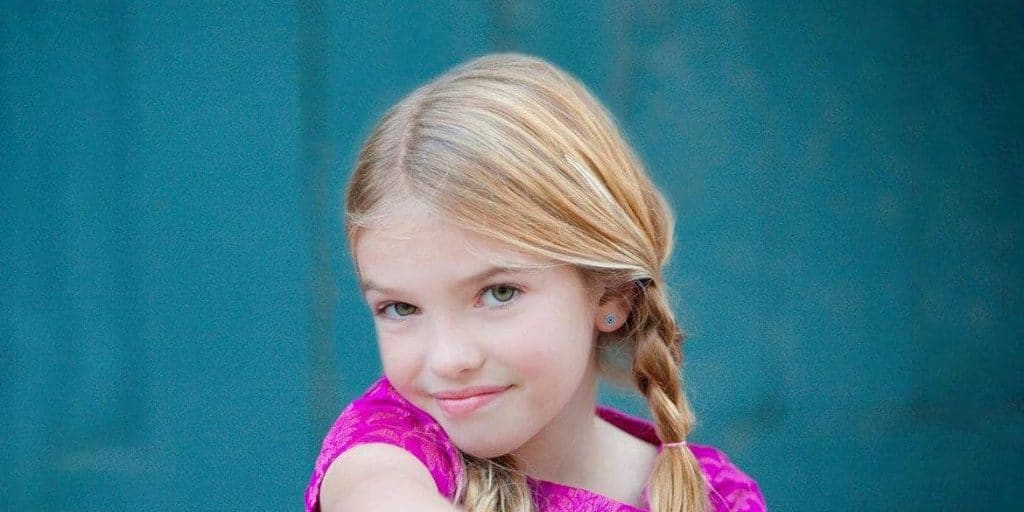 Where is Mia Talerico now? How old is she? Net Worth, Parents

Mia Kaitlyn Talerico was born in Santa Barbara, California USA, on 17 September 2008 – her zodiac sign is Virgo, and she holds American nationality. She’s an actress, perhaps known best for playing the title role in the family sitcom “Good Luck Charlie”, as well as for playing Page in the Brat web series “Mani”.

Mia was born to Chris and Claire Talerico, and has a younger sister named Aubrey. Through her parents, she landed her first role in the Disney Channel series “Good Luck Charlie”, when she was only ten months old.

The producers were initially looking to cast baby twins or triplets to make the filming easier, however, they eventually settled for Mia. Casting her was later proven to be a risk on their part, as they weren’t allowed to film with her for long periods of time, otherwise they would be breaking the law.

Mia’s parents were consistently interviewed about her milestones in real life, so that they could later be incorporated into the series. Furthermore, at that young age most of the things that Mia did on screen weren’t scripted, so the rest of the cast had to improvise around her reactions. Due to her being occupied with filming the series, Mia was homeschooled in the first two elementary grades, before continuing her education at a local public school.

Mia starred in the comedy series “Good Luck Charlie” between 2010 and 2014. The series was created by Drew Vaupen and Phil Baker for Disney Channel, and also starred Leigh-Allyn Baker, Bridgit Mendler and Bradley Steven Perry. It follows the Duncan family, as they’re adjusting to the birth of their fourth child named Charlie, with each episode being structured as a video diary made by her older sister Teddy. It was the first Disney Channel series which was created for both children and older audiences.

“Good Luck Charlie” quickly became one of the most successful series on the network, with each episode attracting an audience of over 3 million.

Concurrently, in 2011 Mia reprised her role of Charlie in the spin-off movie “Good Luck Charlie, It’s Christmas”. In the same year, she appeared in an episode of the musical comedy sketch “So Random!”, which starred Tiffany Thornton, Doug Brochu and Brandon Mychal Smith. Two years later, as Charlie she guest starred in the “Good Luck Charlie” crossover episode of the Disney Channel sitcom “Jesse”.

In 2015, Mia starred in the short horror “Shadow Theory”, written by Joseph Forsberg, directed by Kristian Hanson, and which also starred Matt Mercer and Christine Scalfani.

Two years later, she played one of the leads in the award-winning short drama film “Photographic Memory”, centered on a mother who discovers an ability to reverse her Attention-Deficit/Hyperactivity Disorder (ADHD) symptoms, and finds a way to utilize this ability to find her missing daughter.

Since 2018, Mia has been playing the recurring role of Paige in the children’s comedy web series “Mani”, starring Lawrence Wayne Curry, Hayley LeBlanc and Bryson Robinson. The series follows the lives of a young girl, Sky, her best friend Harmony, and her male nanny ‘Mani’. The episodes are available free on YouTube, through the Brat channel, with each attracting millions of views upon release. The sixth season is currently on release, with the latest episode on 7th October 2021.

Mia is currently attending a local junior high school; she’s recently shared a series of photos on Instagram, celebrating the start of 7th grade. Mia is a very active child who participates in a lot of extracurricular activities – she’s taking dance classes at Santa Barbara Dance Arts studio, competes in track for her school, and goes surfing on weekends.

In 2020, she participated in the “Good Luck Charlie” virtual 10 year anniversary reunion, along with the rest of the main cast, in which she shared her experience growing up in front of cameras.

Mia is very popular on Instagram, with her account ‘@miatalerico101’ numbering more than 1.3 million subscribers, with almost 600 posts.

She shares a lot of photos featuring her friends, family and pets, while also keeping her fans updated on her latest projects. She is very close with the rest of the “Mani” cast, and often features them in her posts too.

Furthermore, Mia has launched her own YouTube channel, ‘Miatalerico101’, which numbers more than 55,000 subscribers, with over 1.2 million total views. There, she uploads videos of her unboxing the latest toys, while she often shares her Do It Yourself (DIY) projects on there too.

She was previously active on TikTok, but her account seems to have been suspended for undisclosed reasons.

When she isn’t busy with school of work, Mia likes to spend time at the beach with her friends.

She has two pet guinea pigs, and a pet dog.

Because she was so young when “Good Luck Charlie” was filmed, she doesn’t remember most of the story from the earlier seasons. ‘I’m only able to recall a few scenes because I was still basically a baby’, she revealed during the show’s online reunion special.

She loves watching comedy movies in her spare time, with some of her favorites being “Legally Blonde”, “Clueless” and “Pitch Perfect”, while her favorite actors and actresses are Anna Kendrick, Tom Hanks and Jim Carrey.

Mia is a big fan of the Korean pop group BTS, and especially loves their new hit song “Permission to Dance”. She also enjoys listening to other K-pop groups, such as BLACKPINK, iKon and Twice.

As of October 2021, her net worth is estimated at already more than $1.2 million, most of which comes from her role in “Good Luck Charlie”, while she has also made a portion of her wealth through sponsored posts on Instagram and TikTok.