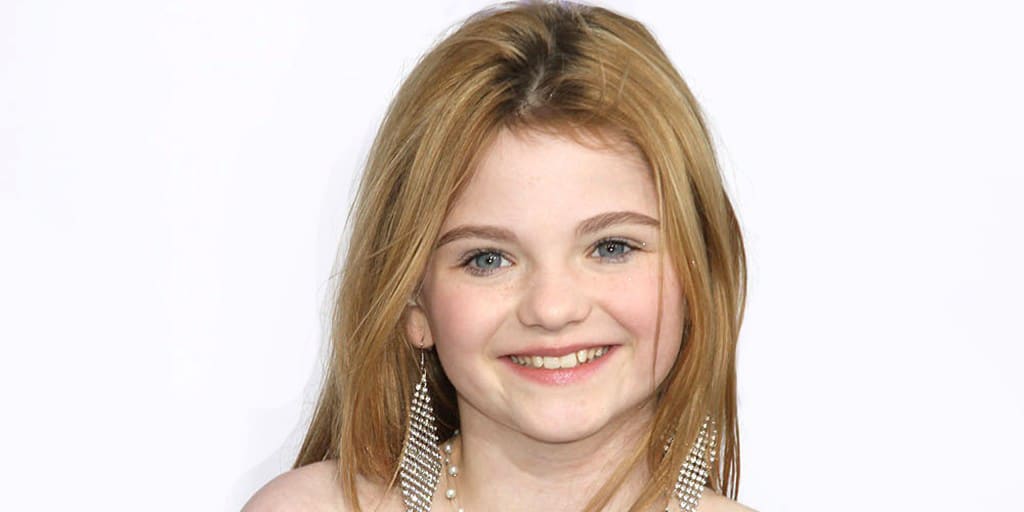 Where is Morgan Lily now? What is she doing today? Biography

Who is Morgan Lily?

Morgan Lily Gross was born in Santa Monica, California USA, on 11 April 2000 – her zodiac sign is Aries, and she holds American nationality. She’s an actress and a model, perhaps known best for her roles in movies such as “X-Men: First Class” and “Flipped”.

Morgan was born to April and Andy Gross; she has three siblings, sisters Riley Jane and Audrey, and a brother named Jordan David. Their father was in the entertainment industry for a long time, working as a comedian and a magician, and was even a professional athlete during college.

Morgan started her modeling and acting career at an early age, appearing in her first TV commercial when she was only four years old, and landing her first film role at the age of five.

Despite her early success, Morgan hasn’t neglected her education, and in 2018, she matriculated from a local private high school, but hasn’t enrolled at a college, although she’s expressed the desire to receive a formal acting education.

Morgan’s film debut was in the 2005 drama “Shards”, written and directed by Rebecca Grace, and which centered on a recently discharged army veteran who has to readjust to family life after coming back from war. In the following year, she had a supporting role in the comedy “Welcome to the Jungle Gym”.

In 2008, Morgan appeared alongside Luke Wilson and George Lopez, in the comedy drama “Henry Poole is Here”, written by Albert Torres, and directed by Mark Pellington.

In the following year, she played her first starring role, in the romantic comedy drama “He’s Just Not That Into You”, which also starred Jennifer Aniston, Ginnifer Goodwin and Jennifer Connely.

Also in 2009, Morgan had a role in the apocalyptic sci-fi blockbuster “2012”, centered on a frustrated writer struggling to keep his family alive after a series of global catastrophes. After a series of less notable roles, Morgan made her breakthrough in the 2010 award-winning comedy drama “Flipped”, based on the eponymous novel by Wendelin Van Draanen, directed by Rob Reiner.

Her next role was in the 2011 sci-fi action adventure “X-Men: First Class”, the fourth mainline installment in the “X-Men” film series, and the fifth in the franchise.

The movie is primarily set in 1962, with the story focusing on the rivalry between Magneto and Charles Xavier, and the origin of their groups, X-Men and Brotherhood of Mutants. In the same year, Morgan starred in the TV western drama “Love’s Everlasting Courage”, directed by Bradford May, and for her performance, she was nominated for a Young Artist Award in the Best Performance in a TV Movie, Miniseries or Special – Leading Young Actress category.

More recently, in 2018 we saw Morgan in the drama “Juveniles”, written and directed by Nico Sabenorio, and which starred Beau Knapp, Stephen Moyer and Jessica Rothe.

Two years later, she appeared alongside Mark Wahlberg and Reid Miller in the biographical drama “Joe Bell”, based on the true story about a small town, working class father, who walked across the US to crusade against bullying, after his son endured torment in high school for being gay.

Morgan made her TV series debut in 2007, when she played a living doll in an episode of the crime mystery series “CSI: Crime Scene Investigation”. Two years later, she appeared in an episode of Larry David’s sitcom “Curb Your Enthusiasm”, then in the following year, Morgan made several episodic appearances in TV series, including “Criminal Minds”, “Grey’s Anatomy” and “Deadtime Stories”.

In 2014, she guest-starred in four episodes of the Showtime’s comedy drama “Shameless”, created by Paul Abott and John Wells, and which starred Emmy Rossum, William H. Macy and Ethan Cutkosky.

In 2017 and 2018, Morgan played the recurring character Marnie, in eight episodes of the comedy crime drama “Claws”. The series was created by Eliot Laurence, and aired on TNT Network from June 2017 to December 2021. It centers on a group of five women working at a local nail salon, who start laundering money for a pain clinic, so entering the world of organized crime. Despite relatively low ratings, “Claws” has developed a loyal fan base, and has received mostly positive reviews from the critics; in 2018, the show was rewarded with a Satellite Award for best Actress in a Musical or Comedy Series (Niecy Nash), and an NAACP Image Award for Outstanding Writing in a Comedy Series.

Morgan is a very private person, who likes to keep her love life out of the public eye, thus not a lot is known about her relationships. After appearing in “Shameless”, she was rumored to have been dating her co-star, Ethan Cutkosky, however, neither of them have commented on the rumors, and it appears that their on-screen love didn’t translate in real life.

In July 2021, Morgan posted a series of photos with the non-celebrity Roman Evgrafov, celebrating their two year anniversary as a couple. This confirmed that she is happily taken, and not single, as many of her fans previously thought. However, Morgan hasn’t been married or engaged, and doesn’t have children.

Aside from acting, Morgan also likes to express her creativity through photography, and takes her camera with her wherever she goes, in hopes of catching a unique moment on film.

Although she isn’t modeling professionally at the moment, she still considers herself a fashionista, and loves to post photos of her outfits on her Instagram account. She follows the newest fashion trends, blending them with her own sense of style, and is particularly keen on Y2K fashion, which saw a resurgence during the past year.

Morgan loves to cozy up with a book in her spare time, with some of her all-time favorite novels being “Kafka on the Shore” by Haruki Murakami, “One Hundred Years of Solitude” by Gabriel Garcia Marquez, and “East of Eden” by John Steinbeck.

She is a big fan of the late rock singer David Bowie.