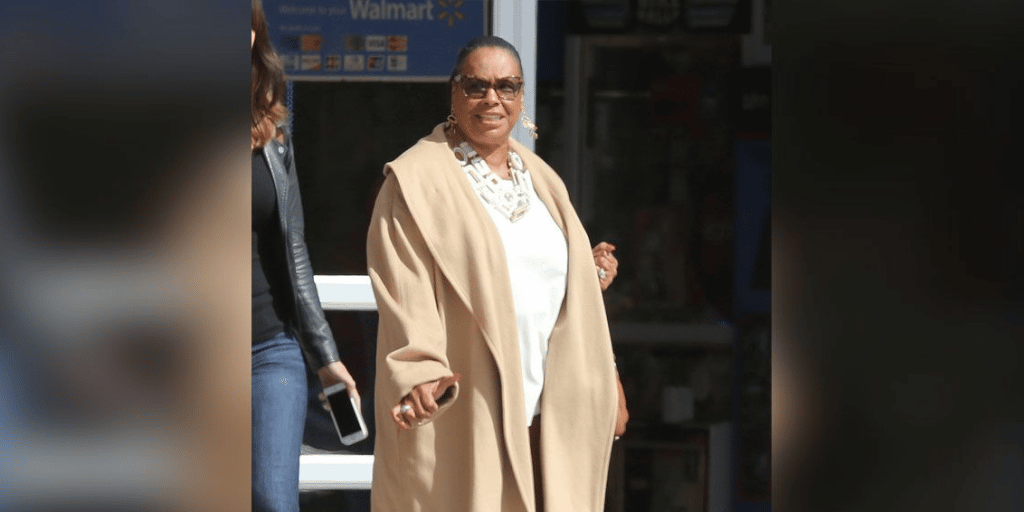 Who is Marguerite Whitley?

Marguerite Whitley is a businesswoman and former retail store employee, but who is probably best recognized as the first wife of retired professional American Football player O.J. Simpson. Her ex-husband made headlines after being arrested for the murder of his ex-wife, and was later acquitted.  Marguerite was born under the Zodiac sign Pisces on 20 March 1949, in Los Angeles, California, USA. As of 2022, she is 73-years-old and holds American nationality.

Not much information is available about her family and background, but her ethnicity shows that she was born to African-American parents. She spent most of her formative years in Los Angeles, where she reportedly attended a high school. Upon matriculation, she enrolled at the University of Southern California (USC), and after graduating, found employment at the retail store Walmart.

Even though she never disclosed what type of business her family ran in the day, it’s known that she inherited it, and continued working.

How did she meet O.J. Simpson?

Marguerite and O.J. Simpson met in 1965 in high school, and later reconnected while they were both attending USC. At the time she was dating one of his friends Al Cowlings – reportedly, Al asked O.J. Simpson to drive her home one night, and the two just clicked. Their relationship progressed, and they began dating in 1967, announcing their engagement just three months later. At the time, O.J. Simpson was building his college football career, and was relatively unknown to the public.

O.J. Simpson and Marguerite divorced in March 1977 – she received a hefty settlement and $1,500 monthly in child support. However, in the next couple of years, they battled over financial issues related to their divorce settlement – allegedly O.J. had not been making the alimony payments, which led Marguerite to sue him in 1981 for $26,000. In the following period they battled in court, settling the issue in 1986.

After the dissolution of their marriage, numerous rumors circulated about the reason they parted ways – one of those was Marguerite’s inability to cope with O.J. Simpson’s popularity and constant media attention. Considering that O.J. became famous in the ‘70s after he had married Marguerite, living life under the watchful eyes of the public did not sit well with her. In an interview, O.J disclosed: ‘The price of fame was our biggest problem.

My wife is a private person, yet we cannot walk down the street without causing a commotion.’ Another reason was the affair O.J. had with the waitress Nicole Brown, who worked at the “Daisy” nightclub. According to sources, O.J. and Nichole met in 1977 and began a romantic relationship even though he was still married to Marguerite.

Did she remarry after divorcing O.J. Simpson? Where is she now?

Following her divorce from O.J., she’s walked down the aisle twice. In 1986 she married Rudolph Lewis, who was a transit supervisor, however, this marriage did not last, and they divorced in 1991. The following year she tied the knot with Anthony Thomas, a furniture sales representative; at the time, she also launched a career as an interior designer, most likely influenced by her husband.

Considering that she withdrew from the limelight and rarely made public appearances, it remains unclear whether they are still together. Reportedly, she is now living in Fresno, California.

According to sources, her estimated net worth is in the range of $250,000, which she’s largely earned through her career as an entrepreneur. On the other hand, O.J. Simpson’s net worth is around $3 million, despite his legal expenses and incarceration.

Marguerite is 5ft 5ins tall (165cm) and weighs around 132lbs (60kgs). Her hair is black and curly, further adorned with dark brown eyes.

Where are her children today?

Arnelle Simpson, who is now 54 years old, has remained under the radar for most of her life, with the exception of her father’s trial, when she was a witness and supported her father.

It’s known that she had a drinking problem which caused difficulties in the family. Jason Simpson, 51, garnered the most media attention of all of Simpson’s children, as he was a suspect in the murder investigation of Nicole and Ron.

There was a theory floated around by the private investigator William Dear, who claimed that O.J. Simpson wasn’t guilty, and pointed the finger at his son Jason who had a history of drug and alcohol abuse, and showed signs of mental illness and aggression. Similar to the rest of his family, he’s a very private person; it’s been reported that he works as a chef in Atlanta.

Their youngest child, Aaren, fell into a swimming pool in August 1979 and went into a coma, died later that month from respiratory failure, a couple of days before turning two.

Orenthal James Simpson – ‘O.J.’, or ‘the Juice’ – was born in San Francisco, and raised primarily by his mother, Eunice Simpson, while his father, Jimmy Lee Simpson, was a chef, bank custodian and drag queen, who died of AIDS in 1986.

During his teenage years, he joined a gang and was involved in criminal activities, which led to his brief incarceration at the San Francisco Youth Guide Center. He attended Galileo High School, where he played for the school’s football team. He excelled at sports and showed enviable athletic abilities, but had poor grades, which prevented him from attracting the attention of college recruiters. O.J. enrolled at City College of San Francisco, and resumed playing football. Rising through the ranks, he was runner-up for the Heisman Trophy during his junior year, then claimed it in his senior year, rushing 1,709 yards for 22 touchdowns. Following his graduation, in 1969 he was drafted by the American Football Leagues (AFL) Buffalo Bills and played with the team until 1977, when an injury cut his season short. O.J. then joined the San Francisco 49ers, and played for two seasons with the team before retiring in 1979. During his career, he achieved notable success as he became the first NFL player to rush for more than 2,000 yards in a season, claiming the NFL rushing title four times, and still holds the record for the single-season yards-per-game average, which stands at 143.1.

After retiring from football, he transitioned to acting, and appeared in several TV series and movies, including “Hambone and Hillie”, “1st & Ten”, and “The Naked Gun: From the Files of Police Squad”. At the time, he was married to Nichole Brown, with whom he welcomed two children, Sidney Broke and Justin Ryan. Their marriage was said to be very tumultuous, with several incidents of domestic violence. The two tried to move past their differences, but ultimately couldn’t settle their issues, and divorced in 1992.

In 1994 the public was shocked to find out that Nicole and her friend, Ron Goldman had been stabbed to death in front of Nicole’s apartment. With his history of aggressive behavior and alleged domestic violence, O.J. quickly became a person of interest in the murder investigation, but refused to turn himself in, resulting in a low-speed pursuit by the police – he was riding as a passenger with his friend Al Cowlings.

The chase was broadcast on several channels, with an estimated audience of 95 million viewers.

Following his capture, he was tried for the murders of his then-wife and her friend, but acquitted in 1995., which invited a surge of controversy and criticism of the judicial system, as many believed that he committed these murders.

Marguerite supported him during the trial

Marguerite came forward during his trial, and disclosed that he never abused her while they were married; talking to a media outlet, she said: ‘If he did, he would have got a frying pan upside his head. There was just no way that I would allow that to happen to me.’ Additionally, she revealed that she exhibited aggressive behavior and not him; according to the court documents in 1980, Marguerite refused to leave their house and threatened him with physical abuse, libel, and slander.

Genuinely convinced of his innocence, she was willing to testify to his behavior, claiming that he never raised a hand against her, saying: ‘He is just not like that”.

After he was acquitted of criminal charges, the family of Ron Goldman filed a civil suit against him, and in 1997, a civil jury in Santa Monica found O.J. guilty of wrongful death and battery of Ron and Nichole. The Court ordered him to pay the liability judgment of $33 million, which he tried to avoid by moving to Miami, Florida.

In the following decade, he engaged in various criminal activities, resulting in several run-ins with the law. In 2007 he robbed the Palace station-hotel at gunpoint with a group of men and was subsequently arrested for armed robbery and kidnapping, receiving a sentence of 33 years of imprisonment with a minimum of nine years without parole. He was paroled in 2017 after serving 11 years.