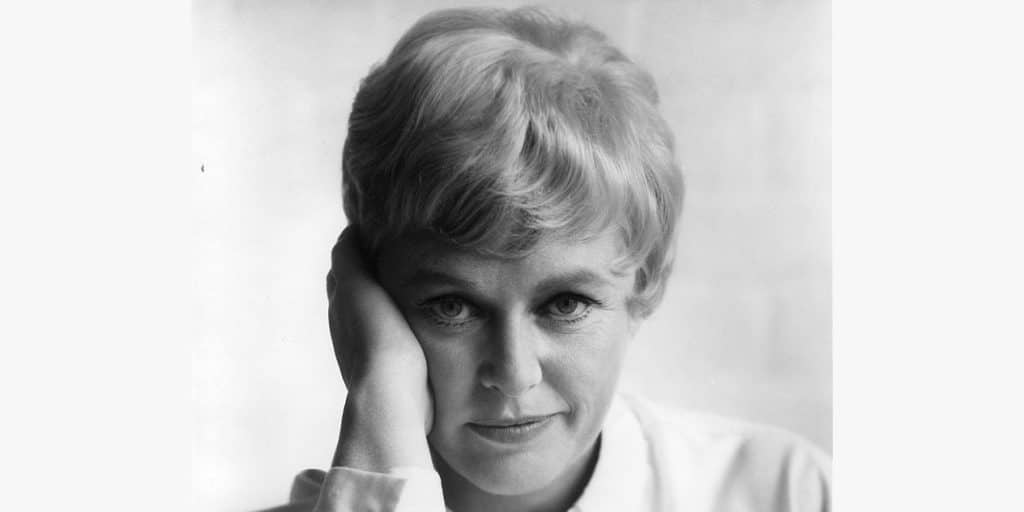 Where is Pat Carroll today? What is she doing now? Biography

Who is Pat Carroll?

Patricia Ann ‘Pat’ Carroll was born in Shreveport, Louisiana USA, on 5 May 1927 – her zodiac sign is Taurus, and she holds American nationality. She’s an actress with close to 100 credits to her name, while she’s probably still known best for her voicing of Ursula in the 1989 animated family fantasy movie “The Little Mermaid”. It was directed by Ron Clements and John Musker, starred Jodi Benson, Samuel E. Wright and Rene Auberjonois, and follows a mermaid princess who has made a deal with a sea witch; the movie won 16 awards, including two Oscars, while it was nominated for eight other awards.

Pat was raised in Los Angeles, California alongside her brother Matt, by their parents Kathryn Angela (nee Meagher) and Maurice Clifton Carroll; not a lot is known about her family, as Pat respects their privacy.

She became interested in acting at a very early age, and was five when she started appearing in plays performed at a local theatre. Pat studied at Immaculate Heart High School, and was into various activities during her time there, including acting with the school’s drama club, dancing and singing. Upon matriculating in 1945, she joined the US Army, and later studied at Catholic University of America, from which she graduated with a Bachelor’s degree in 1953.

Pat made her debut film appearance with her portrayal of Lorelei Crawford, in the 1948 drama “Hometown Girl”, and a couple of her following roles were in the 1951 action adventure comedy “Up Front”, the 1956 short animated family drama “Meet Mother Magoo” (voice role) and the 1965 musical family fantasy “Cinderella”.

She gained recognition in 1968, when cast to star in the family comedy drama “With Six You Get Eggroll”, directed by Howard Morris, and which also starred Doris Day and Brian Keith. It follows a widow and widower who have fallen in love and have married, while disapprove by their children.

The ‘70s saw Pat appear in various movies, with some of the most popular being the 1971 comedy “After the Honeymoon”, the 1973 western comedy “The Brothers O’Toole” and the 1979 drama “Butterflies in Heat”.

In 1985, Pat was cast to play Mildred Voitlander in the popular adventure drama “Rockhopper”, and in 1988, she lent her voice to Granny in the English version of the Japanese animated family fantasy “My Neighbor Totoro”. It was written and directed by Hayao Miyazaki, starred Hitoshi Takagi and Noriko Hidaka, and follows two sisters who have just moved to the countryside with their family, and have befriended forest spirits; the movie won five of the seven awards for which it was nominated. A couple of Pat’s following roles were in the 1989 animated adventure comedy “Asterix and the Big Fight” (voice role), the 1990 short drama “Disney Ariel and the Mysterious World Above (Read-Along)” (voice role) and the 1992 musical comedy “Just My Imagination”.

Pat has since appeared in only a couple of movies – her three most recent roles have been in the 2010 animated family adventure “A Turtle’s Tale: Sammy’s Adventures” (voice role), the 2011 romantic comedy “Bridesmaids” and the 2014 comedy “BFFs”.

Pat made her debut TV series appearance in 1951, with her portrayal of Gronya Lenahan, in the episode “The Copper” of the drama “Goodyear Playhouse”, and the following years saw her make a guest appearance in an episode of various series, such as the drama “The Pepsi-Cola Playhouse”, the musical comedy “The Dennis Day Show”, and the musical “Max Liebman Spectaculars”.

She gained recognition in the early ‘60s, when cast to star as Bunny Halper, in the family comedy “The Danny Thomas Show”, which also starred Rusty Hamer. The series follows the life of the entertainer Danny, his wife and their three children, and won 10 awards, including five Primetime Emmys, while it was nominated for 21 other awards.

The remainder of the ‘60s then saw Pat play and voice characters in an episode or two of various series, such as the family comedy “Please Don’t Eat the Daisies”, the animated family adventure “The Super 6” (voice role) and the comedy “Arnie”.

In 1971 and 1972, she portrayed Rita Simon in the musical comedy “Getting Together”, and in 1977 Pat played the supporting character Pearl Markowitz in the comedy “Busting Loose”, created by Lowell Ganz and Mark Rothman, and starring Adam Arkin, Paul Sylvan and Danny Goldman. The series follows Lenny Markowitz who has just graduated from engineering school, and has moved next door to the beautiful redhead Melody.

Between 1987 and 1989, she starred as Gussie Holt, in the comedy “She’s the Sheriff”, which follows Hildy Granger whose husband was the sheriff of a small town, while she has become the sheriff now that he’s passed away.

Pat has since portrayed and voiced characters in only a couple of TV series, and most recently in 2020, she voiced Ursula in the episode “Keep on Rollin’” of the short animated adventure “The Wonderful World of Mickey Mouse”.

Pat has performed 11 songs in various movies and TV series, including in the 1965 movie “Cinderella”, and the 2000 movie “Songcatcher”.

She has also lent her voice to Ursula in several video games, including the 1992 “Disney’s Ariel the Little Mermaid”, the 1997 “Ariel’s Story Studio” and the 2002 “Kingdom Hearts”.

She has been featured in numerous documentaries, most recently in the 2011 film “Troupers”, the 2015 movie “Mary Tyler Moore: A Celebration”, and the 2019 series “Pioneers of Television”’.

Pat has made a guest appearance in many talk-shows, such as “Letters to Laugh-in”, “The Red Skelton Hour” and “The Carol Burnett Show”.

Pat’s highly secretive when it comes to her love life, but it’s widely known that she was a married woman. She exchanged vows with Lee Karsian on 1 January 1955, in a private ceremony attended by only the closest of their friends and family members.

Happy birthday, Pat Carroll!The Emmy winner for CAESAR’S HOUR and voice of Ursula in THE LITTLE MERMAID is 94 today! What do you recognize her from?

Pat gave birth to their three children in the following two decades, including to their daughter Tara Karsian on 5 August 1965, now a popular actress, film writer and producer, who has appeared in over 100 movies and TV series, and is probably known best for her portrayal of Gayle Burns, in the 2021 drama series “The Morning Show”.

Pat hasn’t spoken of any other men whom she has perhaps been with, so as of November 2021, she seems to be unattached, was married to Lee Karsian, and has three children.

Pat is a devout Christian, and goes to church at least once a week. Throughout her career, her religion has helped her choose which TV roles to accept, and in which theatre plays to appear.

She was once passionate about travelling, and her acting career has taken her all around the world. Pat has apparently been to every US state, and has visited numerous European and Asian countries; her dream travel destination is Paris in France.

She’s a lover of animals, and has volunteered at and donated money to various animal shelters. Pat has donated money to several charity organizations which aim to improve the quality of life for underprivileged children and war veterans.

She has her own favorite actors and actresses, some of whom are the late ‘Professor’ Irwin Corey, the late John Carradine and Julia Roberts, while a couple of her favorite movies include “Thieves”, “Stuck on You!” and “Car Wash”.