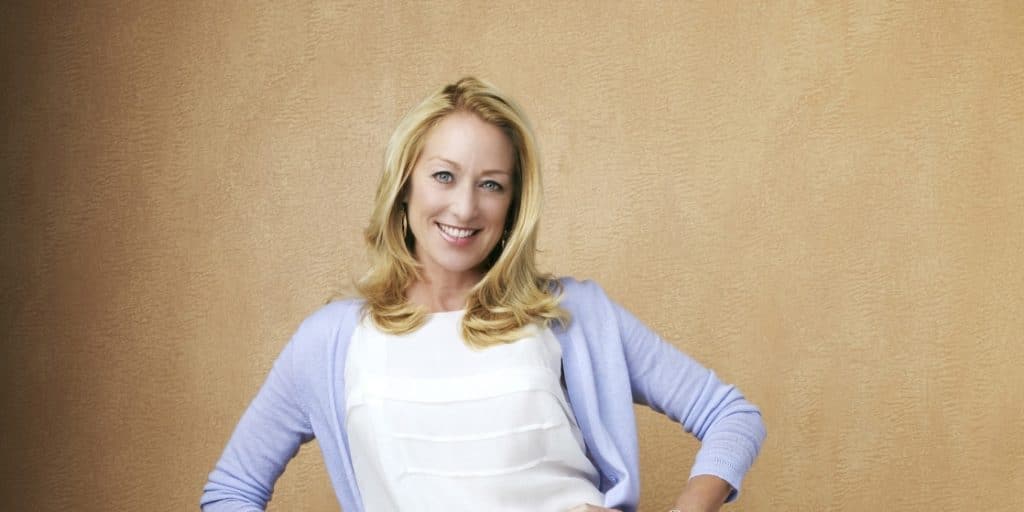 Patricia Wettig is an American Primetime Emmy Award-winning actress, perhaps still best known to the world as Nancy Krieger Weston in the TV series “Thirtysomething” (1987-1991), and also as President Caroline Reynolds in the TV series “Prison Break” (2005-2007), in addition to several other prominent roles that she’s secured so far in her career.

Where is Patricia Wettig Today?

Patricia’s career has been declining since the beginning of the 2010s, as she’s pursued other interests, making only a couple of appearances in the decade. Her latest appearance was in the sequel to the TV series “Thirtysomething”, entitled “Thirtysomething(else)” in 2020, while in 2021 she was a guest in the talk show “Stars in the House”, talking about her plans for the future from the comfort of her home.

Patricia Anne Wettig was born on 4 December 1951 under the Sagittarius zodiac sign, in Milford, Ohio USA, the daughter of Clifford Neal Wettig and his wife Florence, one of four sisters, with Pam, Phyllis and Peggy. Although born in Milford, Patricia grew up in Grove City, Pennsylvania, and went to Grove City High School, from which she matriculated in 1970. She then enrolled at Ohio Wesleyan University where she studied drama, but transferred to Temple University from which she graduated with her bachelor’s degree.

This wasn’t the end of her studies, as she then obtained a Master of Fine Arts degree in Playwriting in 2001 from Smith College.

Before making her acting debut, Patricia worked as a personal dresser for the Academy Award-winning actress Shirley MacLaine.

1986 was the turning point of her career, chosen for the part of Joanne in the TV medical drama series “St. Elsewhere” (1986-1987), and her showing was enough for her to secure one of the lead roles in the TV romantic drama series “Thirtysomething”. Patricia starred in all 85 episodes of the Primetime Emmy Award-winning series until 1991, and she herself won three Primetime Emmy Awards in the category for Outstanding Lead Actress in a Drama Series in 1988, 1990, and 1991.

Moreover, in 1991 she was awarded the Golden Globe Award in the category for Best Performance by an Actress in a Television Series – Drama. While working on “Thirtysomething” she rarely worked on other projects, but still played Dede Mandell in the television action-drama movie “Police Story: Cop Killer” in 1988, and was Dorothy Nolan in the award-winning drama film “Guilty by Suspicion”, starring Robert De Niro, Annette Bening and George Wendt.

Following the end of “Thirtysomething”, Patricia continued her career rather successfully. She featured in the comedy-western film “City Slickers” as Barbara Robbins, which went on to win an Oscar, while in 1992 she starred in the comedy-drama “Me and Veronica” as Veronica, co-starring Elizabeth McGovern and Michael O’Keefe.

Two years later, she reprised the role of Barbara in the sequel “City Slickers II: The Legend of Curly’s Gold”, and enjoyed success until the end of the decade, with roles such as Virginia ‘Giny’ Mae Farley in the television movie “Kansas”, and Judge Justine Parkes in the TV series “Courthouse”, both in 1995, while in 1998 she had the supporting role of Mrs Lusk in the comedy-drama film “Dancer, Texas Pop. 81”. The same year she starred in the drama film “Nightmare in Big Sky Country”, alongside Matt McCoy and Terry Lawrence, and was also chosen for the recurring role of Eleanor Riggs in the TV drama series “L.A. Doctors”.

The same year, she started playing Dr. Judy Barnett in the TV series “Alias” (2002-2004), while in 2005 she was selected for the part of Vice-President of the United States Caroline Reynolds in the TV Primetime Emmy Award-nominated action crime-drama series “Prison Break” – her character later was promoted to President of the United States, and she featured in 18 episodes until 2007. In 2006, she was selected for yet another long-term role, as Holly Harper in the TV drama series “Brothers & Sisters”, co-starring Dave Annable, Calista, Calista Flockhart and Rachel Griffiths, among others, starring in all 110 episodes, and earning a Gold Derby TV Award nomination.

After the end of the series, she focused on other interests, only appearing in a couple more roles until 2020. In 2014 she was Liana Grant in the television movie “Identity”, while in 2019 she guest-starred as Harper Cantrell in the TV series “Dolly Parton’s Heartstrings”.

When it comes to her personal life, the Primetime Emmy Award-winning actress has been married to actor and director Ken Olin since 8 May 1982. Ken is best known to the world as Michael Steadman in the TV series “Thirtysomething” (1987-1991), and as Dr. Roger Cattan in the TV series “L.A. Doctors” (1998-1999). The couple has two children together, Roxy and Clifford Olin; Roxi is an actress, while Clifford is a writer and producer.

As of late 2021, Patricia Wettig’s net worth has been estimated to be around $25 million, earned through her successful career as an actress, during which she’s appeared in 30 film and TV titles, all of which have added to her wealth.

The prominent actress has blue eyes and blonde hair. She stands at a height of 5ft 4ins (1.64m), while she weighs approximately 125lbs (57kgs); her vital statistics are currently unknown, except for her bra size of 34B, though she has a fit figure, maintaining her fitness by following a strict diet that consists of lean proteins and healthy fats. She has based her diet on fruits and vegetables, without excessive sugars and complex carbs.