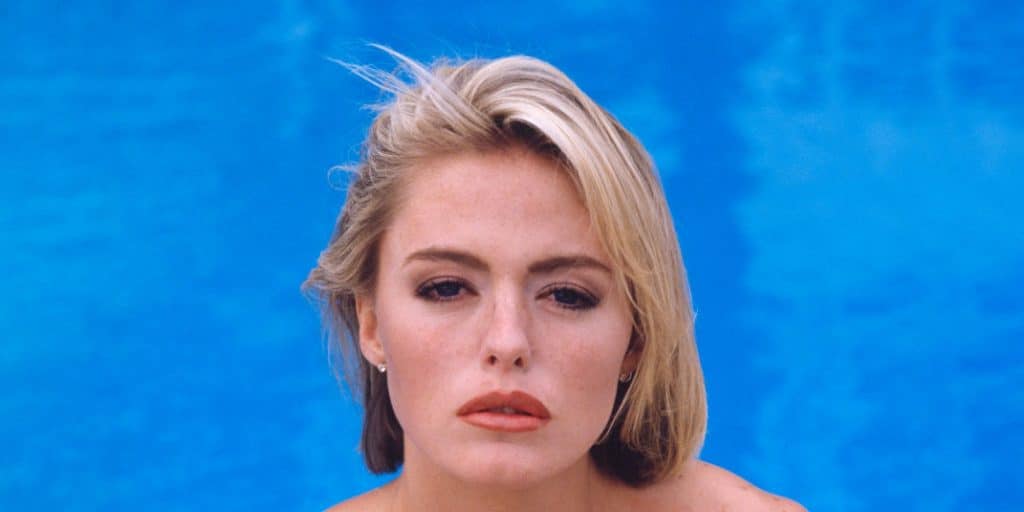 Where is Patsy Kensit now? Husband, Net Worth, Divorce, Wiki

Who is Patsy Kensit?

Patricia Jude ‘Patsy’ Kensit was born in Lambeth, London, England, on 4 March 1968 – her zodiac sign is Pisces, and she holds British nationality. She’s an actress, singer and a model, with close to 100 acting credits to her name, perhaps still known best for her portrayal of Rika Van Den Haas in the 1989 action crime thriller movie “Lethal Weapon 2”, directed by Richard Donner, and which starred Mel Gibson, Danny Glover and Joe Pesci. It follows the police officers Murtaugh and Riggs, who are trying to catch South African diplomats who are involved in criminal activities; the movie won one of the four awards for which it was nominated, including an Oscar nomination.

Patsy was raised in Lambeth alongside her older brother Jamie, by their mother Margaret Rose Kensit (nee Doohan) who was a model and a secretary at the luxury fashion house Dior, and their father James who had taken part in the Great Train Robbery on 8 August 1963, and was in and out of jail while Patsy was growing up.

Mostly because Patsy was a very pretty and highly active child, her mother took her to various auditions, and she launched her acting career in 1972 with her portrayal of Little Girl in the romantic comedy movie “For the Love of Ada”. The following year saw her appear in the episode “Negotiations” of the drama series “The Brothers”, while in 1974 she appeared in the crime drama series “Z Cars”, the romantic drama movie “The Great Gatsby”, and the adventure thriller film “Gold”.

Patsy continued acting throughout her entire education. She studied at Newland House School, before moving on to St Catherine’s School, Twickenham, from which she matriculated in 1986, and then studied acting at Corona Theatre School.

Patsy gained recognition in 1976 with her portrayal of Mytyl in the family adventure drama “The Blue Bird”, directed by George Cukor, and which starred Elizabeth Taylor, Jane Fonda and Cicely Tyson. It follows the Fairy Berylune who has taken the peasant children Tyltyl and Mytyl on a magical quest for the Blue Bird of Happiness; the movie was nominated for a single award.

Patsy was cast to appear in three movies in 1979: the historical romantic drama “Lady Oscar”, the action adventure drama “Hanover Street”, and the family fantasy “Quincy’s Quest”. Her following notable performance was in the 1986 romantic musical drama “Absolute Beginners”, in which she starred alongside David Bowie and Eddie O’Connell; the film follows a young photographer who’s in love with a fashion designer.

Patsy appeared in numerous movies in the ‘90s, with some of the most popular amongst these being the 1991 action science fiction drama “Timebomb”, the 1995 romantic drama “Angels and Insects”, and the 1996 musical comedy drama “Grace of My Heart”.

In 2006, she was cast to star as Cindy in the crime thriller drama “Played”, directed by Sean Stanek, and which also starred Val Kilmer and Gabriel Byrne.

It follows Ray who has just spent eight years behind bars, and is seeking to find those who had set him up; the movie won two awards. Since then, Patsy hasn’t been very active in the film industry, however, she appeared in the 2021 drama “The Pebble and the Boy”, and is currently shooting for the upcoming action crime thriller “Renegades”.

She gained recognition in 1978, with her portrayal of Tessa in five episodes of the crime horror drama “Armchair Thriller”, and in the same year, she starred as Emma Prince in the drama “The Foundation”.

In 1983, Patsy was cast to star as Luna, in the eponymous science fiction family comedy, created by Micky Dolenz, and which also starred Aaron Brown, Frank Duncan and Colin Bennett.

Set in 2040, the series follows the lives of a teenage girl and her strange family, who are living in a city sealed off from the rest of the world. A couple of Patsy’s other notable performances in the ‘80s were in the drama “Diana”, the family drama “Jackanory Playhouse”, and the family comedy “Roland Rat: The Series”.

In 1992, Patsy guest starred in the episode “Adam Bede” of the crime comedy drama “Screen One”, and in the following year she guest starred in the episode “As Ye Sow” of the fantasy crime comedy “Tales from the Crypt”. Her next role came in 1998, when cast to play Josie Cirolia in two episodes of the crime mini-series “The Last Don II”, which starred Jason Isaacs, Michelle Burke and Conrad Dunn, and follows the death of the elder don, whose son has now taken charge of the mafia.

In 2005, Patsy played Helen Hennerson, in six episodes of the comedy “A Bear’s Tail”, and between 2004 and 2006, she starred as Sadie King/Sinclair, in the popular romantic drama “Emmerdale Farm”, created by Kevin Laffan, and which today stars Christopher Chittell, Lucy Pargeter and Mark Charnock. The series has been airing since 1972, and follows people living in the Yorkshire Dales; it has won 62 of the 260 awards for which it has been nominated.

Between 2007 and 2019, Patsy appeared in 169 episodes of the drama “Holby City”, and two of her most recent roles in TV series have been in the 2020 episode “The Deadly Dance” of the mystery comedy drama “Agatha Raisin”, and the 2021 episode “The Man Who Wasn’t There” of the mystery crime comedy “McDonald & Dodds”.

Patsy has sung songs in two TV series and four movies, including the song “Having It All” in the 1986 film “Absolute Beginners”, and the song “Letter From America” in the 1996 episode “Loveheart” of the series “French and Saunders”.

Patsy has made a guest appearance in many talk-shows, including “Lorraine”, “Celebrity Juice” and “Good Morning Britain”.

Patsy has been married four times. She exchanged vows with her first husband, the British keyboardist Daniel Donovan, in 1988; he’s probably known best for having been a member of the band Big Audio Dynamite. The marriage lasted for only three years.

In 1992, less than a year after her divorce from Daniel, Patsy married the Scottish singer-songwriter James Kerr, who’s perhaps known best for being the frontman of the rock band Simple Minds. In the following year, she gave birth to their son James, but in 1996, she and James divorced.

She married her third husband, the British singer William John Paul Gallagher, in April 1997, and on 13 September 1999, gave birth to their son Lennon; Patsy and William divorced in 2000.

She was then in a relationship with the British DJ and singer Jeremy Healy, and they had planned their wedding for 2008, but split on 31 March of the same year; they eventually reconciled, and began their short-lived marriage on 18 April 2009 – their divorce was finalized in 2010.

As of September 2021, Patsy seems to be single, has been married four times, and has two sons.

Patsy’s highly active on Instagram, and seems to be enjoying the attention which she’s receiving from her close to 80,000 followers; she’s uploaded over 600 pictures onto the network, the majority of which have been taken during her everyday life.

Believe me I know how hard it can be to live life in front of a media storm! Thanks for having me @GMB ❤️❤️❤️ https://t.co/E0MGVDo3ok

She’s passionate about travelling, and her acting career has taken her all around the world. Patsy has visited over 30 countries in Europe and Asia, and has also been to various US states; her dream travel destination is Paris in France.

She’s physically highly active, and even today in her 50s, has multiple training sessions at the gym each week. Patsy’s also following a healthy diet.

She has her own favorite actors and actresses, some of whom are Matt Damon, Brad Pitt and Angelina Jolie, and a couple of her favorite movies include “Good Will Hunting”, “The Curious Case of Benjamin Button” and “Girl, Interrupted”.

As of September 2021, her net worth has been estimated at over $10 million.