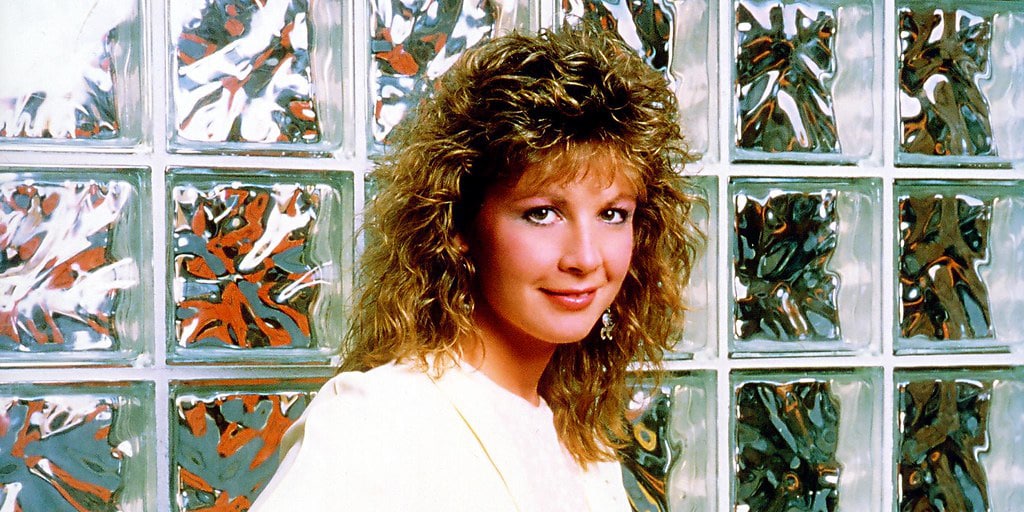 Where is Patty Loveless now? What is she doing today? Wiki

Who is Patty Loveless?

Patricia Lee Ramey, known in the musical stratosphere as Patty Loveless, is an American country singer who was born on 4th January 1957, in Pikeville, Kentucky, USA. With a diverse discography which includes country pop, bluegrass, and neotraditional country, Patty took the world by storm with the release of her self-titled album in 1986.

The sixth of seven children, Patty was raised between Elkhorn City and Louisville. Her mother, Naomie Bowling, was a housewife while her father, John Ramey, worked as a coal miner, a typical job for men in the area.

It seems that an artistic career was always on the cards for Patty: the country legend is the first cousin of musical powerhouses Loretta Lynn and Crystal Gayle, and her older sister Dottie was also an aspiring singer, who performed at small venues with her brother Roger under the stage name “The Swinging Rameys”.

Patty travelled with her elder siblings, and her interest in the industry was piqued after seeing them perform on stage.

At 12 years old, the Ramey family was forced to move to Louisville when Patty’s father was diagnosed with black lung disease. In the same year, Dottie married and stopped performing, which led to Roger persuading Patty to perform for the first time in Hodgenville; the venue where Patty first performed was dubbed the “Lincoln Jamboree”, a small auditorium where guests sat on fold-out chairs.

At first, Patty suffered stage fright, but she fell in love with the experience after performing a medley of songs with her brother, and receiving thunderous applause from those present. That day, Patty earned her first five dollars, and discovered her talent for performing.

While studying at Fairdale High School, from where she graduated in 1975, Patty performed at Louisville clubs with her brother Roger.

Billed as the “Singin’ Swingin’ Rameys”, the duo were very popular, and earned the support of Danny King, a local radio announcer who booked the siblings performances and helped get their name out there.

By 1970, Roger was working as a producer on “The Porter Wagoner Show”, and had relocated to Nashville. Roger introduced his sister to Porter Wagoner himself and convinced the country artist to listen to Patty sing.

Patty performed the heartfelt song “Sounds of Loneliness”, which she’d written for her father John. To the surprise of both, Porter announced that he’d help Patty out in her musical career. He introduced the youngsters to Dolly Parton, his signing partner, and advised Patty to finish her studies first. With that said, he invited the youngster to travel with Dolly and himself in summer.

Danny King pulled strings in 1973 for the Rameys to perform at the Grand Ole Opry show in Louisville Gardens, after one of the billed acts was caught in a flood and couldn’t make it. Patty and Roger performed on stage for 15 minutes and were heard by the Wilburn Brothers, another billed act at the show, who asked her if she’d ever sung professionally. Thereafter, Doyle Wilburn offered Patty the opportunity to replace the female singer in their band and perform with them in Nashville, to which she agreed. From 1973 to 1975, Patty performed with the Wilburns every weekend and in summer, when she wasn’t studying.

Doyle Wilburn picked up on Patty’s songwriting talents, and landed her a music publishing contract with his agency, Sure-Fire Music. He also hooked the teen up with summer jobs in his restaurant and record store, whenever they weren’t performing on the road.

Patty joined the Wilburn Brothers as a full-time member after graduating from high school, meeting Terry Lovelace, the band’s new drummer. The pair discovered they had a lot in common and quickly struck up a friendship which Patty kept a secret from the Wilburns for a time. However, Doyle eventually found out about the close bond between them and asked Patty to end it, but she chose to quit the band and move to western North Carolina with Terry, who was now her boyfriend. They married in 1976, and immediately began performing together in a new band.

The stage name Patty Loveless was birthed when the singer married Terry. After moving to North Carolina, they performed diligently in concert halls and small venues, covering ‘70s rock songs and country hits.

Patty grew apart from her family during this period, having married Terry without their approval; according to the singer, her father thought she’d lost her mind. She later said: “I learned a lot about people and life in those places [the clubs where she performed]. I mean there was all walks of life… People who had hit the very bottom. And myself, there was times I felt myself becoming one of those people too. There was some hard times for us both, my ex-husband and I… It got to the point that we didn’t know each other”.

While Patty was in North Carolina, her father died in October 1979 without seeing her, which caused her great anguish. At the same time, the clubs where Patty performed were regularly shut down by police officers, thus stagnating her hopes of musical stardom.

In the early 1980s, Patty switched from rock covers to singing country music. Despite grappling with an identity crisis and professional woes, the artist worked tirelessly to achieve her dreams.

Shortly before divorcing Terry in 1986, Patty, who wished to return to country singing, got in touch with Roger to move back to Nashville. Roger helped his sister make a demo tape containing five songs, and promptly approached various local record labels in hopes of scoring Patty a contract.

All the big record labels outright rejected Patty’s demo tape, but Roger finally got in touch with MCA Nashville, his first choice and an industry leader of its time. Scoring an appointment with the head of the Artist & Repertoire department, Tony Brown, Roger pretended to be someone else and played Tony the tape. At last, Roger successfully bluffed his way into a record contract for his younger sister, after Tony showed Patty’s demo tape to the president of MCA Nashville, Jimmy Bowen. Although unimpressed, Jimmy gave Tony the go-ahead to sign Patty to a short-term contract.

Emory Gordy Jr., one of MCA Nashville’s top producers, oversaw the development of Patty’s image. Along with Tony Brown, both produced songs for Patty, with her first single being “Lonely Days, Lonely Nights”, which peaked at No. 46 on the Billboard Hot Country Songs chart.

Roger Bowen explained to Patty that he had to pull her second single, “I Did”, from radio stations because it was eclipsing other artists’ works. He then secured her an album deal in which Patty could release the single on her debut, thus birthing her self-titled album, which following four months of promotion, was released in February 1987.

Following Patty’s moderately successful debut album, Tony was convinced to give her a long-term recording contract. “If My Heart Had Windows”, her second album which was released in January 1988, garnered more interest, and reached the top 10 on the country charts.

From then, Patty became the opening act for MCA artists such as Reba and George Jones, performing at the Grand Ole Opry. She also released her third album, “Honky Tonk Angel”, which was solely produced by Tony and contained two No. 1 hits.

Around this time, Patty married her producer, Emery, but both chose to hide the fact from the public, mainly not to hurt Terry’s feelings.

Patty’s albums spawned various Top 10 hits over the years, such as “Hurt Me Bad (In a Real Good Way)”. However, she and Emery believed that she needed more promotion, and made several changes, including that of manager, hiring Larry Fitzgerald. He tried to end Patty’s contact with MCA, and eventually reached an agreement and arranged a meeting with label heads at Sony Nashville, thus marking a change in Patty’s career.

since 1990, Patty had been suffering from throat pains while singing, and two years later had to take steroid tablets and cortisone before recording.

Just before her solo tour in autumn of that year, a doctor discovered a blood vessel on her vocal cords which could end her career even after surgery.

Following the news, Larry cancelled the rest of Patty’s appearances for that year, with the artist undergoing corrective throat surgery in late October which left her unable to talk or sing for over two months.

After a long hiatus, Patty made her comeback at the Grand Ole Opry in January 1993. Luckily for her, the throat surgery changed her voice and made it deeper, which benefited her career. Now able to return to the studio, Patty re-recorded prior material and released her first album with Epic Records, “Only What I Feel”, which placed her back in the spotlight and is hailed by some as her best project.

Her next project, “When Fallen Angels Fly”, won the Album of the Year award from the prestigious Country Music Association, and from then on, Patty became something of a legend in the country music genre, although her career would later wane as new artists such as Shania Twain cropped up on the scene.

Patty released the bluegrass album “Mountain Soul” in 2001, and her following album, “Bluegrass & White Snow: A Mountain Christmas”, had the same sound. Despite both albums being well received, her next commercial project, “On Your Way Home”, was far more successful.

Patty’s career began slowing down in 2005, after her album “Dreamin’ My Dreams” languished on the charts, with none of the songs reaching the singles chart. In the same year, Epic Records released Patty from her recording contract, after closing its Nashville branch.

From then on, things were looking bleak for the former powerhouse.

In 2006, Patty’s mother died and she took a two-year break from her grueling schedule, choosing to enjoy that time with her husband Emery, only doing occasional performances and making guest appearances.

After her hiatus, Patty went back to touring in September 2008, and also began doing background vocals for artists such as Miranda Albert and Kathy Mattea. In 2011, she was inducted into the Kentucky Music Hall of Fame, a prestigious milestone in any artist’s career. Since then, she’s made annual appearances at the Grand Ole Opry, but has otherwise stopping performing.

Currently, Patty lives in Dallas, Georgia, with her husband and family, and has settled well into an anonymous lifestyle.

Despite the numerous drawbacks in her career, Patty’s net worth is roughly $10 million as of late 2021. Although the artist hasn’t shared the same commercial success as her peers for several years, her albums have still done well, and are played to this day by loyal fans.