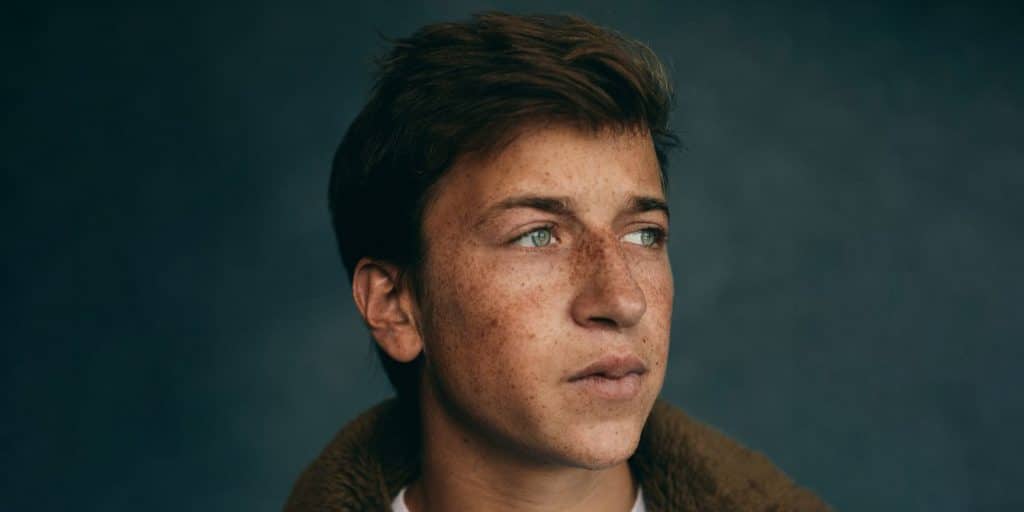 Where is Skyler Gisondo Now? Height, Net Worth, Girlfriend, Bio

Skyler Gisondo is an American actor, perhaps best known for his roles in “Vacation” and “Santa Clarita Diet”. He’s been active on the entertainment scene since childhood, and has now transitioned into more adult roles. Find out more about the actor in the biography below.

Skyler Gisondo was born on 22 July 1996 under the zodiac sign of Cancer, in Palm Beach, Florida USA. His genealogy consists of mixed ethnicities- his paternal grandfather was Italian-American, while his maternal grandparents were Jewish. He holds American nationality.

Skyler’s parents, Stacey and Ron Gisondo are ocean engineers. Although a modern family, they raised Skyler and his sister to appreciate Jewish culture.

When Skyler was six, he traveled with his family to Los Angeles for a family vacation, and his parents liked it so much, that they soon after moved to settle in Manhattan Beach, Los Angeles.

Skyler told GQ that he was a movie-obsessed child, and constantly bugged his parents to let him be in the movies. Being ever so supportive, Stacey and Ron sent out Skyler’s pictures to talent agencies to seek representation for him, eventually finding an agent who helped him secure an audition for a Pizza Hut commercial, which it turned out to be Skyler’s first on-screen gig.

After Skyler started acting, he was homeschooled until high school; there he was involved with United Synagogue Youth (USY), and they sponsored Skyler’s first trip to Israel.

Then enrolled into USC’s (University of Southern California) film school. but took a long hiatus to film, “Santa Clarita Diet”. However, the actor shared that he plans to complete his college education.

Skyler Gisondo made his television debut as Jeffery in NBC’s “Miss Match” (2003), so Gisondo gained some fame in the industry. In 2005, he guest-starred in various TV series, such as “Everybody Loves Raymond”, “What I Like About You”, “Cold Case”, and “Strong Medicine” among others.

In 2007, Gisondo played the role of Tommy Doyle in “Halloween”, and Dewdrop in “Walk Hard: The Dewey Cox Story”. Skyler also had a minor role as Connor McVie in Seth Gordon’s “Four Christmases”.

Between 2008 and 2009, Skyler contributed to “American Dad”, playing the voice roles of the TV Announcer, and Matty Moyer.

Skyler Gisondo got his big break in 2009, when he appeared in 31 episodes of “The Bill Engvall Show”. He played Bryan Pearson, counselor Bill Pearson’s (Bill Engvall) youngest child and the brainiac of the family, alongside Nancy Travis, Jennifer Lawrence, and Graham Patrick Martin.

His performance in the sitcom won him a Young Artist’s Award for Outstanding Performance by a Young Actor.

Skyler next joined the American detective-comedy drama, “Psych” in its fifth season, taking over the role of young Shawn Spencer from Liam James who held the role in its first four seasons.

In 2015, he played the role of James Griswold, Rusty and Debbie’s older son in the American comedy “Vacation”, co-starring with famous actors such as Chris Hemsworth, Regina Hall and Leslie Mann. The film grossed $107.2 million at the box office, against a budget of $31 million.

Between 2017 and 2019, Gisondo was a series regular on Netflix’s horror-comedy series “Santa Clarita Diet”, playing Eric Bemis, the Hammonds’ neighbor, and Lisa Palmer’s son. Still in 2019, he had a main role in “The Righteous Gemstones”, as Gideon Gemstone, Jesse’s estranged son who moved to California to become a stunt performer.

Speaking on his career goals, Gisondo said, ‘I want to make people laugh, but I also want to do things that have a serious impact on people– that affect the way they think about something or help them in some way.’

Skyler Gisondo is a romantic at heart. On the set of “Night at the Museum: Secret of the Tomb in Vancouver”, he drafted Robin Williams and Ben Stiller to help him make an official ‘promposal,’ asking his girlfriend to senior prom. They eventually filmed a three-minute comedy sketch with comedian Crystal the Monkey.

Skyler Gisondo started dating Ari Haagen in July 2018, and they have been together since. His girlfriend, Ari is a pet lover; when they first started dating, he promised her that, ‘if we’re still together at 25, I’ll get you a dog.’ In July of 2021, he shared that he had fulfilled his promise by getting her a dog, Auggie.

The actor has an Instagram page (@skylergisondo) with over 238,000 followers.

He lives in Los Angeles with his girlfriend and their dog.

Skyler Gisondo is 5ft 7ins (1.71m) tall and weighs around 143lbs (65kgs). He has shoulder-length brown hair and hazel eyes. You can find Skyler dressed in tuxedos for the red carpet, or T-shirts and shorts on random outings.

In late 2021, Skyler Gisondo’s net worth is estimated at over $3 million. Details of property owned by Skyler Gisondo and his family remain undisclosed.