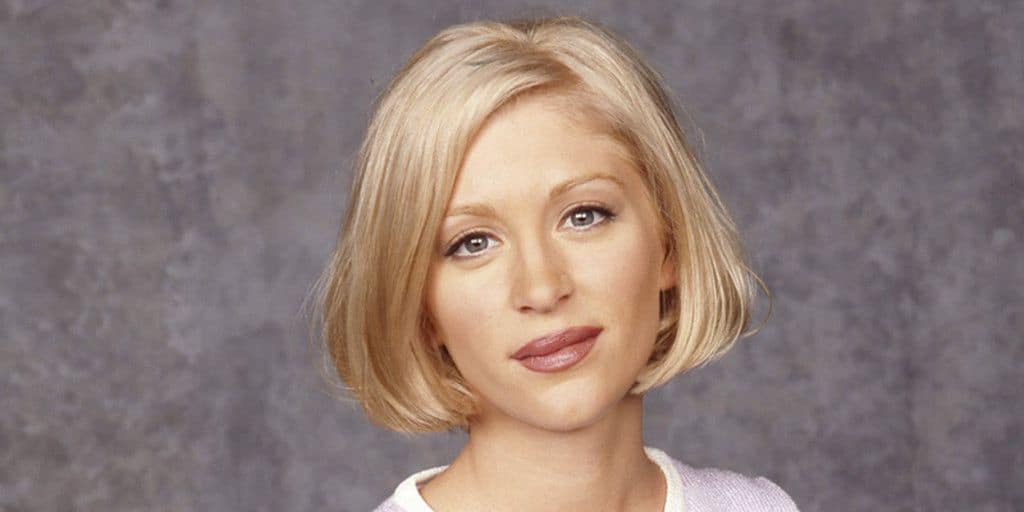 Where is Staci Keanan now? Net Worth, Husband, Family, Wiki

Staci Keanan, or going by her real name Anastasia Love Sagorsky, is a former actress who became famous in the ‘80s and ‘90s through roles in a few comedy shows. However, in 2012 she left the entertainment industry in order to pursue her other interests in the law and educational fields.

Staci Keanen was born on 6 June 1975, in Devon, Pennsylvania USA, a daughter of Jacqueline and Irv Sagorsky, having a sister named Pilar. Although she is of Slavic descent, Staci holds American nationality. In regards to her childhood, she hasn’t disclosed any information, preferring to keep her personal life as private as possible.

Right before she started acting, Staci was actively modeling. At the young age of five she appeared for the first time in print, following appearances in advertisements made for TV, as well as voicing the well-known show “My Little Pony”.

Soon after, she signed a couple of deals with Hershey’s Kisses and Burger King; this promising start of Staci’s career encouraged her, her sister and mother to move to New York in order to find more projects. At first, she worked under the name of Staci Love, securing her acting debut on-screen in 1987 as Angelica Cipriani in the TV series “I’ll Take Manhattan”. In the same year she had a role in the TV series “My Two Dads”, in which she played Nicole Bradford. With this show’s rising popularity, so did Staci’s fame, and she received her first award, the Young Artist Award for the category of Best Young Actress Starring in a New Television Comedy Series.

Staci’s fame continued to rise with playing the title character in the movie “Lisa” in 1989. Two years later she was chosen for the role that brought her the most success and recognition, as Dana Foster in “Step by Step”, an award winning TV comedy series through 1998. While being cast in this show, she wasn’t actively pursuing other roles, but she was still a cast member in several movies, such as “Downhill Willie” in 1996 and “Nowhere” in 1997.

After the end of “Step by Step”, which lasted for 160 episodes, Staci’s career started to decline, which lead to her eventual retirement in 2012.

However, she didn’t leave the acting world before securing a few roles worthy of note, such as Rachel Wilson in “Hidden Secrets”, the comedy-drama movie from 2006, and in thecomedy film “Holyman Undercover” in which she was Carmen, and as Dana in the romantic film “You Again”, both in 2010.

Staci Keanan isn’t very open about her personal life, but has revealed that she married actor and producer Guy Birtwhistle on 11 February 2017; they don’t currently have children, however, they do have a cat named Fatty and a golden retriever dog called Walley which they love as though they were their kids. Staci took Guy’s last name, but she remains known as Anastasia Sagorsky in the law environment.

Who is Guy Birtwhistle?

Guy is a producer of American and English music, and an actor, probably best known for his work on “Night Music” in 2010, and on “Alistair 1918” in 2015. He was born in Halifax, England, but his birth date remains a mystery.

Not much is known about his early life, only that he studied Economics and English Literature classes at Huddersfield college.

He debuted in the entertainment world with the movie “My Two Dads” in 1987, since when he’s appeared in several TV shows and films.

His presence on social media is bigger than his wife’s, his Instagram containing lots of artistic pictures. His linktree unveils that he has a small YouTube channel with videos about the work for which he is best known, including “Grime Town” and One Man Macbeth, as well as the two aforementioned.

Staci isn’t very open about her hobbies or favorite things to do, but from her limited social media presence, it’s easy to assume that she loves animals, plus a few other interesting facts:

Staci Keanan has blonde hair which make her brown eyes stand out, and a slim figure with a height of 5ft 3ins (1.60m), weighing about 110lbs (50kgs), with vital statistics of 33-22-33, bra size 38B, and dress size 4. She’s known to have a fantastic dress style, always standing out whenever she’s in the limelight.

As of early 2022, Staci Keanan’s net worth is estimated at close to $2 million, while her husband Guy Birtwhistle’s wealth which is reputedly $19 million. She was reported to have an annual salary of $95,000, but this is probably higher since she became Adjunct Associate Professor in 2021.