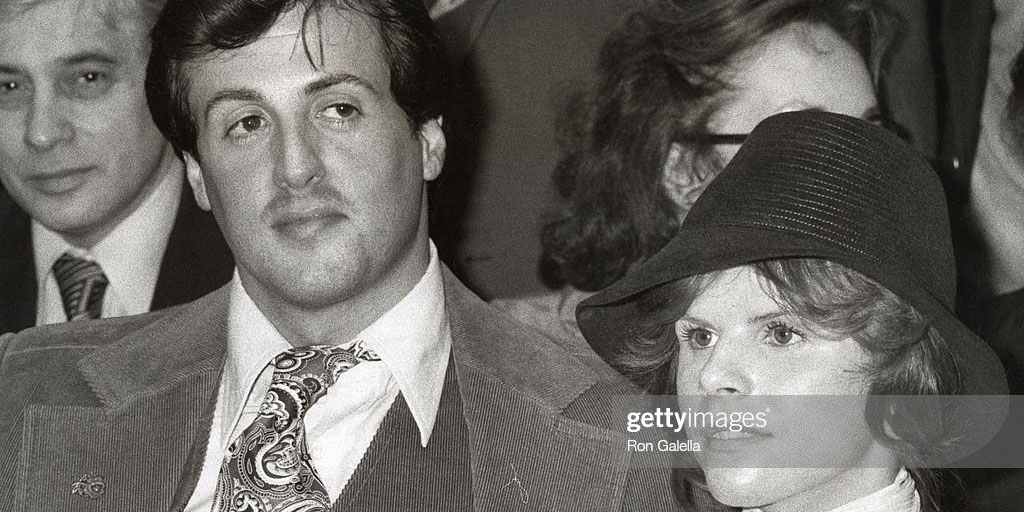 Sasha Czack is a photographer, director and actress, but who is probably best known as the first wife of famous actor Sylvester Stallone. A mother of two, Sasha Czack’s life was divided between sacrificing her career to support the rising star of her husband, nurturing and supporting her younger son who suffered from autism, and the tragedy of her older son’s untimely death.

Information on Sasha Czack’s childhood and upbringing is scant. She was born on 17 July 1950, in Chester, Pennsylvania USA, so her Zodiac sign is Cancer, and she has American nationality. Neither her nor Stallone have ever talked in public in regards to her parents or any siblings.

She matriculated from Saint John Senior High School, before graduating from the University of Notre Dame du Lac with a degree in Media Studies. As Notre Damme is a private catholic university, there is reason to believe that her parents did not come from a financially problematic background.

Her debut for the big screen came sometime between 1970 and 1972, when she featured in an episode of the soap opera “Love of Life”.

Frank Perry, a director who in 1972 was producing “Play it as It Lays”, was impressed and offered Sasha a secondary role in the movie. This meant that she would have to move from the small apartment which she shared with Sylvester Stallone, to California.

At the time they were both working odd jobs, including as per Sylvester’s words: ‘…cleaning out the lion cages at the Central Park Zoo, and working as an usher at Walter Reade Cinemas.’ Sasha was working as a waiter to make ends meet, thus perhaps due to economic reasons she couldn’t afford to settle in California, but during the same year her future husband had landed a minor role in a movie in Hollywood. Regardless, what is clear is that Sasha rejected the role in the movie.

Her breakthrough came after the couple were married in 1974. In 1976, after years of trying, Stallone landed the most important role of his career: that of iconic Rocky Balboa; Sasha helped and supported him in their private life as well as on the stage, as  she was in charge of still images in the movie, cementing her upcoming profession as a photographer.

She last appeared in a movie as an extra in “Rocky III”. Her career took a backseat after she gave birth to both sons, and subsequently after her divorce from Stallone.

It’s unclear where Sasha Czak and Sylvester Stallone met for the first time, but it seems that famous artist Andy Warhol may have had something to do with it, as it’s reported that in the early 1970s while both were living in New York, they would attend art exhibitions in Warhol’s Studio 54. Andy Warhol even praised Czak’s photographs in his diary, which provides clear evidence that he knew her personally.

Sasha and Stallone lived together in a small apartment in NY, trying to make ends meet with odd jobs.

They married on 28 December 1974, and their first son, Sage Moonblood Stallone, was born on 5 May 1976. After graduating from the University of North Carolina School of Fine Arts, earning a degree in Filmmaking, Sage became an actor. He appeared in several movies, including “Rocky V”. He was briefly married to actor Starin Wright between 2007 and 2009, but Sage was found dead in his apartment on 13 July 2012, at the age of 36.

Initial claims that he may have overdosed were debunked when no traces of drugs were found in his body. It’s generally believed that he may have had a heart attack. Sasha and Sylvester, divorced when this tragedy happened, rekindled their friendship to support one another in that time of suffering.

The couple’s second son, Seargeoh, was born in 1979; at the age of three he was diagnosed with autism. This was a heavy blow for both his parents, with Stallone once declaring: ‘God and nature made him different. We have to accept Seargeoh the way he is and understand that his way is just more quiet and reserved.’

Sasha dedicated her life to finding a cure for her son, while campaigning for and taking part in research initiatives to fight autism. By the age of 10 Seargeoh’s condition had started to improve, but he’s still being cared for by his loving mother.

It’s believed that the couple’s relationship deteriorated after they learned about their second son’s autism; they grew more and more apart, and divorced on 14 February 1985. Sasha relocated to a home in Malibu, a few blocks from where Stallone lived, and took care of her two sons. This was the final blow for her acting career, nevertheless, she continued to work as a photograph.

Sasha married actor Rick Ash in 1997, but they divorced in 1999, and she’s remained out of the limelight ever since.

Sasha Czack has a motherly and nurturing personality. She has long blond hair and brown eyes, stands at 4ft 9ins (149cm). After their divorce, Stallone and Czack settled for $12 million, which she received. As of 2012, her net worth is estimated at over $10 million, including from her own career.

Who is Sylvester Stallone?

Sylvester Stallone was born on 6 July 1946, in Manhattan, New York City USA. His father, Frank Stallone, had immigrated to the US from Italy in the 1930s, while his mother Jackie Stallone was of Jewish and French origin. Sylvester has a brother, singer-songwriter Frank Stallone Jr.

After attending several high schools, Sylvester matriculated from Lincoln High School, and then graduated from the University of Miami in 1969 with a Drama degree. Between 1969 and 1976, Stallone went through a hard patch in life, even taking part in a softcore movie in 1970. As he later stated, he had become homeless after being evicted by his landlord in New York. After sleeping for several weeks near a bus stop, he found a printed notice for the softcore movie and took part in it, which paid $200 for a couple of hours’ work.

While living with Sasha Czack, he landed the main role in a movie called “The Lords of Flatbush”. Given that the movie was a long-term project, with shooting spanning from 1970 to 1974, he and Sasha had to make do with side-jobs.

During this time, he was writing the screenplay for “Rocky”. Now a household name, the first installment of the franchise was completed in 1976, and became a sensation, crossing the boundaries of the US. With a budget of $4.37 million, it grossed at over $1 billion at the box office – the “Rocky” franchise produced six movies and 3 “Creed” spinoffs, with the third installment coming in November 2022. Stallone also directed and acted in a substantial number of other movies, many of them commercially successful, including three “Rambo” films.

Stallone has had many relationships and casual flings with women in the movie industry. Nevertheless, he has married thrice. After divorce from Sasha in 1985, he subsequently married world-famous actress and model Brigitte Nielsen only months later on 15 December 1985, but  they divorced in 1987. After a number of other relationships and tabloid coverage over the next decade, Stallone married entrepreneur and model Jennifer Flavin in 1997. The couple are still married, and have three daughters – Scarlet, Sistine and Sophia – who have followed in their father’s footsteps. In total Stallone has had five children, with four still alive.

As of early 2022, Sylvester Stallone’s net worth is estimated at an impressive $400 million.