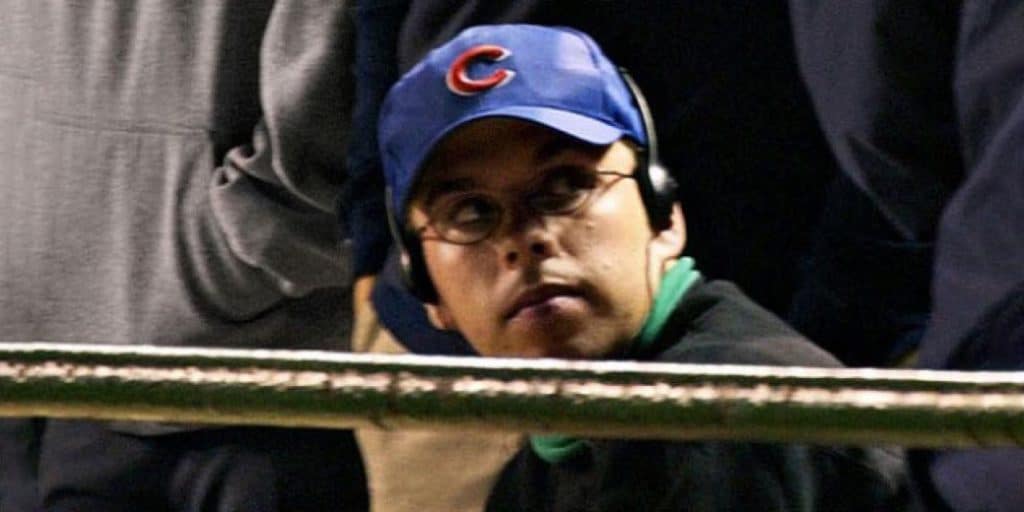 Where is Steve Bartman now? Incident Which Changed His Life

Who is Steve Bartman?

Steve Bartman is a life-long Chicago Cubs fan, who became an infamous figure in the club’s history, after attempting to catch a foul ball during the eighth inning of the 2003 National League Championship Series (NLCS).

Steve Bartman was born on 1 October 1977, in Chicago, Illinois USA. He has remained rather private about his personal life, not sharing anything about his early life, such as whether he has any siblings, the name of his parents, and even which school he attended.

The Incident Which Changed His Life

A die-hard Chicago Cubs fan, Steve was at every game they played at Wrigley Field. However, 14 October2003 changed his life. He was at the game between his beloved Cubs and the Florida Marlins, game six of the National League Championship Series. The Cubs led the series 3-2 and were leading in the game 3-0 when the incident happened. Marlins batter Luis Castillo sent the ball into foul territory in left field and the Cubs outfielder, Moises Alou ran for the ball, and because it was so close to the fence and the spectators, Steve reached for the ball and deflected it just enough for Alou to miss the potential catch.

His actions affected the entire game further, as the Cubs lost the game and eventually the series. As a result, Steve became an anti-hero and received massive insults while in the stands, while he was also hit by a debris of food and drinks.

He was escorted out of the stadium by security for his own safety after the game. He faced more public scrutiny as his name and address were made public knowledge. Angry fans continued to harass him and his family, and he needed police protection in the upcoming days.

Posted by SportsCenter on Monday, October 14, 2013

He was even offered a witness protection program, as an angry mob of Chicago Cubs fans gathered around his house in the days to come. Many Cubs players defended Steve and his unfortunate attempt to catch the ball, saying that they were to blame for the lost game and a chance at the championship.

Life After the Incident

Steve remained a rather private man despite receiving a ton of attention. The Florida Marlins players sent him gifts, including money prizes, which he said to be donated to the Juvenile Diabetes Research Foundation.

He released a statement in the following days saying that he was truly sorry, adding “I had my eyes glued on the approaching ball the entire time, and was so caught up in the moment that I did not even see Moisés Alou, much less that he may have had a play.” He wanted to remain low-key, and declined all interviews and public invites. He even declined to appear as a VIP at Wrigley Park eight years following the incident, and also didn’t want to be featured in the ESPN documentary “Catching Hell”. Furthermore, Steve rejected $25,000 to autograph a picture of himself taken on the infamous day.

Sure why not #goCubsgo #cubs #mlb #WorldSeries pic.twitter.com/GF1VCx1Wmc

However, back in 2016, the Cubs won the world series and everyone at the club wanted to see Steve back on the stadium. He was given the championship by the Cubs owner Tom Ricketts in 2017, marking it as the closure of unfortunate times both for Steve and for the club, since they hadn’t won the World Series since 1908. In a statement following the action by the club, Steve stressed that he doesn’t consider himself worthy of such an honor, and that he is moved and grateful to receive an official Chicago Cubs 2016 World Series Championship ring.

He has continued to live his life, working as a financial analyst in the Norfolk, Chicago area, and has since returned to the stands and been accepted by the entire Chicago Cubs community.

Years have passed since the unfortunate Steve Bartman incident, when he and his family feared for their lives in the following days. As a result of such ill-mannered action by fans and the media on the whole, Steve has chosen to stay away from the buzz, and hasn’t talked about his personal life.

As of late 2021, Steve Bartman’s net worth has been estimated to be around $200,000, earned through his career as a financial analyst.

Steve Bartman has brown hair and brown eyes. His height and weight are unknown, though he is described as an average American man.