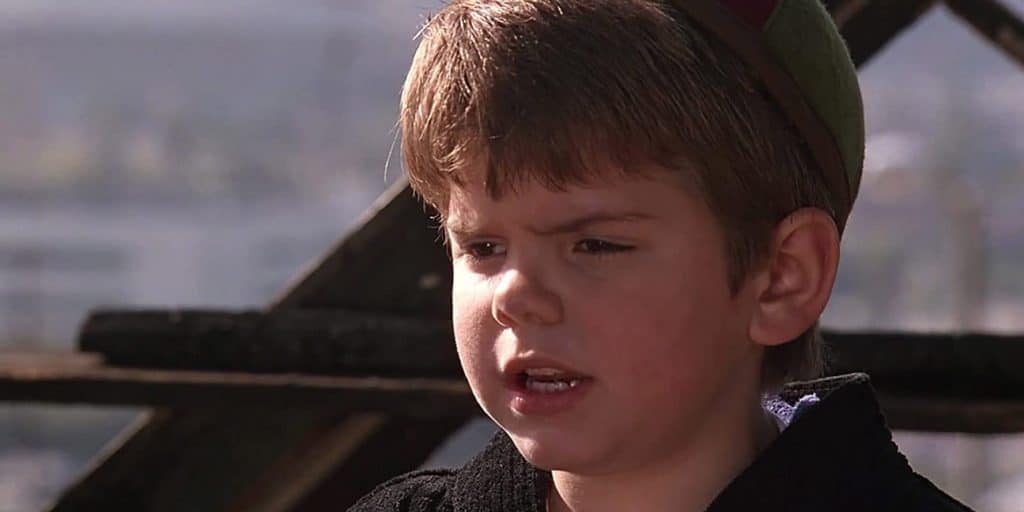 Where is Travis Tedford now? What is he doing today? Biography

Who is Travis Tedford?

Travis William Tedford was born in Rockwall, Texas USA, on 19 August 1988 – his zodiac sign is Leo, and he holds American nationality. He’s a former actor, with 18 credits to his name, while he’s still known for his debut film appearance portrayal of Spanky, the main character in the 1994 romantic family comedy “The Little Rascals”, written and directed by Penelope Spheeris, and which also starred Bug Hall and Brittany Ashton Holmes. It follows Alfalfa who’s flirting with Darla, while their mutual friend is trying to sabotage it; the movie won two awards.

Travis was raised in Rockwall by his parents Paula Kay Dixon and Timmy Bill Tedford, about whom nothing’s known, as they prefer to be left out of media.

As he hasn’t spoken of having any siblings, most people believe Travis to be an only child.

He became interested in acting at a very early age, and was only six years old when he became the spokesperson of the American company Welch, while he then also became the face of its advertising campaign. Following this initial success, his parents took him to a film audition, at which he won the role of Spanky in “The Little Rascals”, and four years later in 1998, Travis was cast to play Loaf, in the family comedy “Slappy and the Stinkers”, which follows a group of kids who are trying to save a sea lion by helping it escape into the ocean.

Travis went on to act throughout his entire education.

He studied at Athens High School (Texas), and upon matriculating in 2006, he enrolled at Trinity Valley Community College, from which he graduated with an Associate’s degree in liberal arts in 2008.

Travis made his debut TV series appearance with his portrayal of Chris in the 1998 episode “Beating Is Fundamental” of the hit family comedy drama “Smart Guy”, which was created by Danny Kallis and Brian Suskind, and starred Tahj Mowry, John Marshall Jones and Jason Weaver. It follows a 10-year-old genius who has just begun attending high school; the series was nominated for seven awards.

The following years saw Travis portray and voice characters in an episode of several series, such as the mystery crime drama “Profiler”, the mystery science fiction drama “The Pretender”, and the animated adventure comedy “Recess” (voice role). In 2000, we saw him appear in two episodes of the family comedy “The Amanda Show”, and in 2001, Travis played Warren in the episode “A Book by Its Cover” of the comedy drama “State of Grace”. Created by Brenda Lilly and Hollis Rich, it starred Mae Whitman and Alia Shawkat, and follows two 12-year-old friends, Grace and Hannah, one of whom is Catholic, while the other’s Jewish; the series was nominated for four awards.

Two of Travis’ final roles in TV series, prior to retiring from acting, were in the 2001 episode “Blame” of the family comedy drama “Yo Awesome Awesome!”, and the 2002 episode “Knubby McFarlin” of the musical family comedy “All That”.

In 1998, Travis was cast to voice Ant Kids, in the critically acclaimed animated adventure comedy “A Bug’s Life”, written and directed by John Lasseter and Andrew Stanton, and which starred Kevin Spacey, Julia Louis-Dreyfus and Dave Foley. It follows a group of ants who have become warriors to fight against grasshoppers, while they were previously a circus troupe; the movie won 14 of the 36 awards for which hit was nominated, including an Oscar nomination.

A couple of Travis’ following roles were in the mystery science fiction thriller “The Thirteenth Floor”, and the  mystery fantasy horror “The Haunting” both in 1999, and the 2000 drama “A Christmas Tree and a Wedding”. Also in 2000, we saw him star in the comedy “Edgar MaCobb Presents”, and in 2001, Travis was cast to play Kyle, in the comedy drama “One Night, Stand”, written and directed by Rik Krulish, and which starred Will Wallace, Alex Tyler and Ruthie Prymmer. It follows a father who’s uncertain about having one night stands.

Two of Travis’ final roles in movies before he retired from acting, were in the 2009 short animated drama “Lost and Found” (voice role) and the 2010 horror thriller drama “The Final”.

In 1996, Travis was featured in the documentary video “The Garage Club”, and in 1999, he appeared in the short comedy show “Children of a Laughing God”.

Travis won three Young Artist Awards: in 1995, for Best Performance by a Youth Ensemble in a Motion Picture for “The Little Rascals” (shared with colleagues); in 1997 for Outstanding Young Performer, Television Commercial, for the commercial “Welch’s Grape Juice & Jelly”; and in 1999, jointly for Best Performance in a Feature Film – Young Ensemble, for “Slappy and the Stinkers”.

For many years now, Travis has been working for the Texas Trust Credit Union, in their marketing department.

Travis is highly secretive when it comes to his love life, and hasn’t spoken of any girls (or men) whom he’s perhaps been with. This is mostly why there are various rumors circulating the internet concerning his current relationship status, as well as his sexual orientation.

Some people believe that he’s today a married man, and that he exchanged vows with his wife sometime in the second half of the 2010s. It’s said that Travis simply prefers to keep her away from the media’s attention, but no evidence has been provided to support these claims, nor has Travis commented on this.

There are also those who believe him to be gay, and this to be the reason behind him hiding the details of his love life. A fan has even claimed to have seen Travis spending time with his boyfriend, but this hasn’t been confirmed either.

As of September 2021, Travis appears to be single, hasn’t married and doesn’t have children.

Travis is physically highly active, and has multiple training sessions at the gym every week, thus his muscular body. He’s also following a very strict diet – his favorite meal is mashed potatoes with fish.

He believes that if he’d become a drug addict, he would also have become a famous actor, which according to Travis, is what has happened with many other actors.

He’s a huge fan of football, and has watched numerous games, both on TV and at the field.

Travis has his own favorite actors and actresses, some of whom are Russell Crowe, Joaquin Phoenix and Natalie Portman, and a couple of his favorite movies are “Gladiator”, “The Joker” and “V for Vendetta”.

He’s a huge fan of rock music, and his favorite bands are AC/DC and Guns ‘n’ Roses.

Travis is a huge lover of animals, and has two pet dogs.