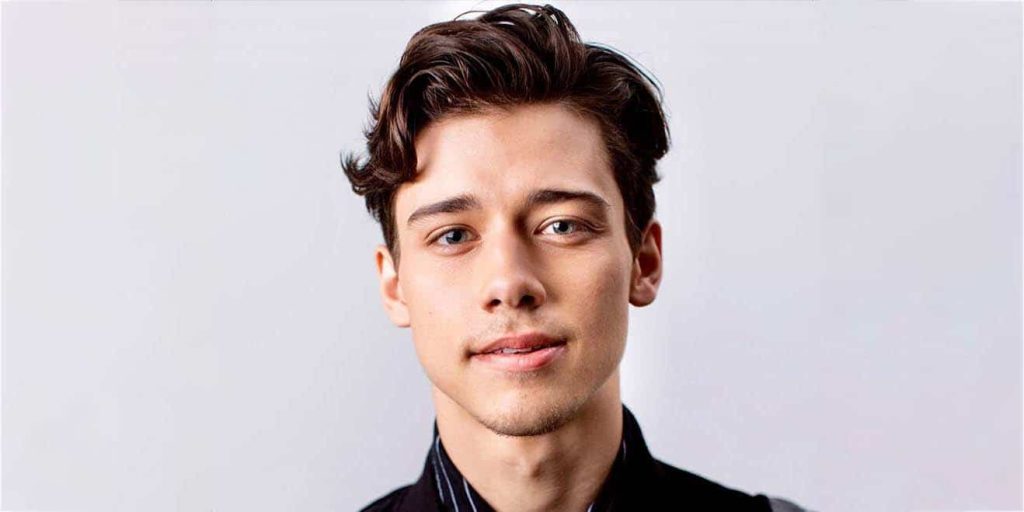 Where Is Uriah Shelton from “13 Reasons Why” Now? Biography

Uriah Shelton, best-known as Jeff Cargill in the crime-drama “The Glades”, is an illustrious American actor and singer who has featured in many productions such as “Girl Meets World” and “13 Reasons Why.”

Born in Dallas, Texas, under the Pisces zodiac sign on 10 March 1997, Uriah Shelton is 24 years old as of 2021. He was born to Cindy and Allen Shelton (they are of Caucasian descent), who relocated to Magnolia Springs, Alabama, shortly after his birth in April 1997 to raise him.

Shelton was physically active as he was growing up and had a knack for martial arts, soccer, and modelling. When he was seven years old, he started going for modelling classes together with his cousin Charlie. He took his classes very seriously, and shortly afterward began participating in talent competitions held in Orlando.

Subsequently, several agencies in Los Angeles and New York City noticed his talent and began pursuing him. Uriah also went for martial arts classes, and at the age of nine he took part in California State Championship’s ATA Taekwondo and emerged victorious in all categories (including sparring and extreme weapons). His interests later shifted to acting, and being very supportive of his aspirations, his parents relocated to Los Angeles where he would embark upon his career. There are no details regarding where Uriah went to high school, or whether he graduated from college or not.

Uriah is an animal lover who has adopted two pet dogs, Ningbo and Archer in addition to having a pet hamster.

He is physically active, and trains in ballet, wushu, and Extreme Martial Arts (XMA) during his spare time, as well as hip hop,

“The Glades” star’s favourite musical instrument is a guitar.

Despite being involved in a bike accident and ending up breaking a femur, six teeth, and suffering lacerations on the face as a teenager, Shelton is still adventurous and enjoys riding motorcycles when he’s free; he he’s posted many pictures of himself riding on his Instagram page.

Uriah also enjoys archery, and in 2019 revealed to his Instagram followers that he ‘d started participating in the game again, after his long break from the sport.

Shelton frankly revealed that he does not get along with most of the “Girl Meets World” cast members, especially his co-star, Rowan Blanchard.

Their feud began shortly after they expressed their respective opinions on racism and feminism and their conflicting comments and political differences made their previous friendship drift away. However, he complimented her and stated that she was a very passionate and hardworking actress, despite his claims that she didn’t like him during an interview. According to Seventeen Magazine, he said that ‘I don’t have anything against her. She’s a very, you know, passionate girl. She definitely wholeheartedly believes what she does.’

After moving to Los Angeles, Shelton began his career as a model at the age of seven and was thereafter featured in many TV adverts and commercials. He made his TV series debut in 2007 at the age of 10, when he landed a minor role in the series “Without a Trace.”

He later secured another role in the show “Ghost Whisperer” in 2008, before he was cast as Jack in the TV show “Trust Me” in 2009. Before the end of the decade, Uriah had played several other roles, which saw his fame skyrocket, and in 2010 he landed one of the most important roles in his career in the series “The Glades,” in which he was cast in at least 35 episodes through 2013, assumed the role of Jeff Cargill in the award-winning crime drama show.

That year, he landed a lead role in “Girl Meets World,” in which he was cast as Joshua Matthews appearing for three years. In 2016-2017, Uriah caught the public eye again for his role of Pratters in the acclaimed show “13 Reasons Why”, before he was seen playing Julian Myers in the series “The Romanoffs” in 2018.

Uriah made his film debut in 2009, when he appeared in the comedy-drama “Opposite Day.” He then secured the role of Kit in the film “Alabama Moon”, co-starring Gabriel Basso and Jimmy Bennett. The Texan actor made his career breakthrough in 2010, when he was cast as Henry Matthews in “Lifted”, attracting numerous positive reviews for his commendable performance. Following his increasing fame, he secured several other roles in the films “A Soldier’s Love Story” (2010), “Flock of Four” in 2017, and 2019’s “Skywatch.” Recently, he was seen in the Christopher Landon-directed film “Freaky” in 2020.

Shelton has earned considerable fame on social media, and has many followers on Instagram (more than 270,000) and Twitter (close to 50,000 followers).

There are rumours that Uriah might be having an affair with American actress and singer, Sabrina Carpenter, who is famous for appearing in “Girl Meets World,” “Tall Girl,” and many more. Neither of them has opened up about this allegation.

In the past, Uriah dated several women including Haleigh, whom he met in 2016. After they broke-up, he met McKenzie Heyman (2017) and they became very close; he liked posting their photos together on Instagram, and in October 2018 he captioned one of these photos: ‘We’ve had a whole year together but it feels shorter and longer at the same time. She’s the best thing that’s happened to me and she continues to be every day…I love you Moon.’

However, he broke up with Heyman in 2019, and started dating Annelise Grace, but their relationship was short-lived too and they broke up a year later. Uriah was later reported to be dating Rhey Leonor in 2020.

Uriah revealed through Instagram that he would frequently get into trouble as a youth. In 2017, Uriah found himself in legal trouble after his former girlfriend filed a restraining order against him for allegedly kicking her in the stomach following a heated argument between them. FOX Corporation’s TMZ online newspaper reported that the woman was trying to stop Uriah from hopping into his truck when he delivered the blow that left her intestines with an ‘inflammation’ and her muscles bruised. She further revealed that Uriah threatened her with his firearm.

However, Uriah denied these allegations through a representative, later commenting in regards to the issue stating that his role as Pratters in “13 Reasons Why” had made him aware of the impacts of one’s words and actions towards others, and that he believed that someone is required to use his words (and actions) only for the right reasons. He further discouraged manipulating and hurting others, and said during an interview that ‘…if you do accidentally hurt someone, make things right with them. It may be hard, but it’s the right thing to do.’

Uriah is of the white ethnicity, with blue eyes and short brown hair. He weighs approximately 138lbs (62kg) and is 5ft 9ins (1.76m) tall with vital statistics of 38-30, bicep size 12ins. The American actor has a patriotic tattoo inked on his chest – it displays the year 1776, decorated with stars: this is the year when USA’s independence declaration was adopted.

Since he started his career, Uriah has appeared in close to 30 productions earning himself a modest fortune and fame. According to sources, he is worth approximately $2 million as of 2021.