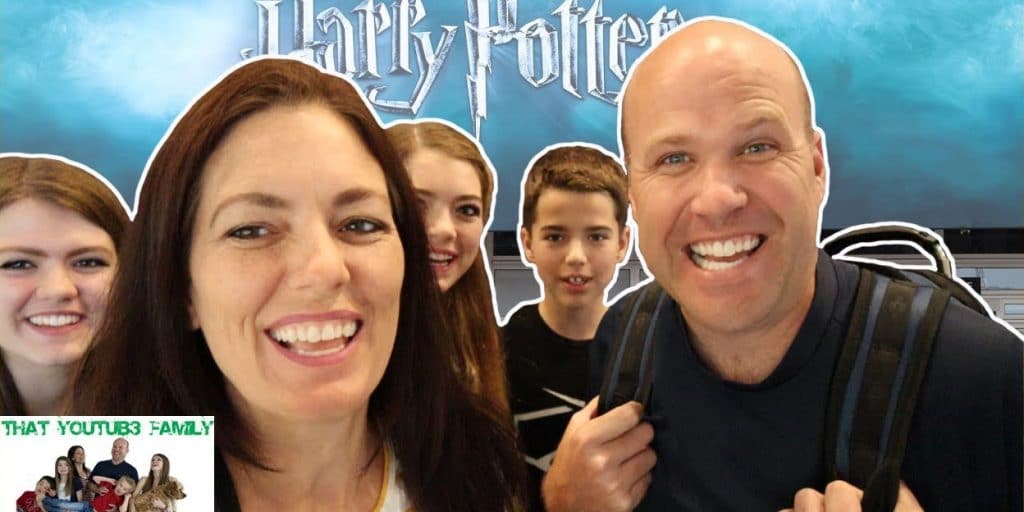 Who are That YouTub3 Family? Net Worth, Real Names, Ages

Who is That YouTub3 Family?

That YouTub3 Family is a popular family of six members from Logan, Utah, probably best recognized for creating comedy content and documenting their lives for their official self-titled YouTube Channel, on which they have garnered almost 3.7 million subscribers, while their videos have been viewed more than two billion times in total. The family also runs accounts on other popular social media platforms, including Instagram, Twitter, and Facebook.

How rich are they, as of now? That YouTub3 Family Net Worth

As of mid-2021, That YouTub3 Family’s net worth is estimated at over $5 million, earned through their Internet-based career as YouTubers. Their net worth includes sponsored posts, video monetization, and various advertisements. The family also increases their wealth through the sales of a line of merchandise, and other endeavors.

That YouTub3 Family consists of parents David and Katie Williams and their four children.

Their eldest child, a daughter named Audrey, was born on 15 October 1999, and now runs a vlogging YouTube channel under the username ‘AllAroundAudrey’. Katie then gave birth to their second child and daughter, Mae, on 1 May 2002. She also has her own YouTube channel, which she launched under the username ‘JustJordan33’. Their youngest children are sons Jacob, who was born on 5 August 2006, and Tyler born on 4 June 2009. They run their own channel called ‘Jake and Ty’.

The Williams family became a part of the social media scene when David and Katie came up with an idea to start filming comedy content with their children, and launched their official YouTube channel called ‘That YouTub3 Family – The Adventurers’ on 24 May 2015. Their career officially began when they uploaded their debut video entitled “Expectations vs. Reality of a Normal Day!”, on 18 June 2015.

The family continued to make funny videos, which led them to attract more attention and increase their fan base. They eventually expanded their content ,and started filming funny vlogs, sketches, crazy behind-the-scenes footage of their children, hilarious pranks and challenges, videos of playing childhood games, and others.

Apart from running their main YouTube channel, they run their back-up channel – ‘The Williams’ – which was launched on 29 January 2019. So far, they’ve amassed nearly 300,000 followers, while their videos have had more than 20 million views in total. Among their most popular videos are “Is This Hotel Haunted? / The Williams”, “Halloween 2019 Trick Or Treat Candy Haul I The Williams”, and “Carving Pumpkins Halloween 2019 / The Williams”, to name a few.

Once they gained a stable fan base on YouTube, That YouTub3 Family expanded their influence across other social media platforms, which they mostly use to promote new videos and other projects. They are active on Instagram under the username ‘thatyoutub3fam’, on which they have more than 255,000 followers, and also run their official Twitter account under the nickname ‘@ThatYouTub3Fam’, with nearly 14,000 followers.

The family also has a Facebook page, on which they have over 15,000 followers, and last but by no means least, they have more than 1.4 million followers on TikTok, on which they go by the nickname ‘thatyoutub3family’.

That YouTub3 Family runs a website called The Adventures Guide, through which they sell their own line of merchandise, which includes hoodies, T-shirts, backpacks, hats, and plush toys. Apart from that, the family launched their own app for smartphones, which was available on both iOS Store and Google Play.