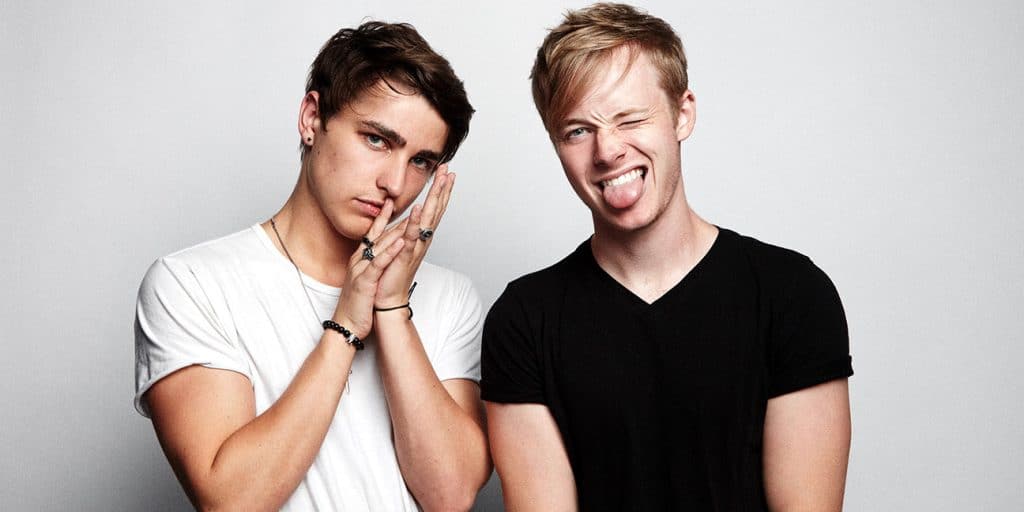 Who are YouTubers Sam and Colby? Arrested, Age, Dating, Wiki

Who are Sam and Colby?

Sam and Colby form a YouTube duo comprised of Samuel Golbach and Colby Brock, who achieved stardom by uploading comedy videos and exploring abandoned and allegedly haunted houses and other places. The two have been friends since their high school days, and have become famous worldwide.

Samuel John Golbach was born on 27 November 1996 under the Sagittarius zodiac sign, in Leawood, Kansas USA, to Kirk Golbach and his wife Cindy. He grew up in his hometown alongside his sister Allison, and went to Blue Valley High School.

Born Colby Robert Brock on 2 January 1997 under the Capricorn zodiac sign in Stanley, Kansas USA. He grew up in Stanley, alongside his brother Gage; Colby hasn’t talked about his parents, but has revealed that his grandparents’ names are Robert A. and Pat Brock. Like Sam, Colby went to Blue Valley High School, where they met.

Sam and Colby realized that they were interested in the same girl while in high school. However, the two bonded over a similar interest in pranks and comedy, but also music, as they were in the same band camp.

They started making comedy videos together, and soon became popular within their school. Their appetites rose, and they launched the Vine account together, taking the platform by storm, and in no time had over a million followers. Causing troubles by pranking others only increased the attention they were getting.

From the local Target stores to the park fountain, everybody knew there was going to be trouble if they were out and about. Sam would follow people at a supermarket and play saxophone, for which he received verbal threats, but they enjoyed it. With more than 1.6 million fans on Vine, they decided to expand their outreach, and launched a collaborative YouTube channel, ‘Sam and Colby’.

Their first video – “Intro Video” – was uploaded in 2015, and now has over 415,000 views. They continued their YouTube journey with challenge and dare videos, such as “Meat and Balls Challenge”, and “Dance Dare”, among others. The two moved to Los Angeles, feeling they would have a better chance of success,, and lived together in a rented apartment.

Once they switched fully to YouTube, their popularity soared through the roof. They started implementing new ideas into their videos, and the number of their subscribers reached more than 5.5 million, and is still increasing.

Their videos have been viewed more close to 700 million times – some of the most popular include “The Stanley: USA’s Most Haunted Hotel (Full Movie)”, with 19 million views, then “The Terrifying Night We’ll Never Forget | Haunted Biltmore Hotel”, viewed over 17 million times, and “Scariest Night of Our Lives. | Queen Mary Room B340”, which has over 15 million views, plus “Sam and Colby – We Love Our Friends (Song) Jake/Logan Paul Parody”, which has been viewed 11 million times, among numerous others that have only increased their popularity.

In addition to their successful collaborative channel, both Sam and Colby have launched their solo YouTube channels. Sam’s solo journey started in 2016 with the video “Sam and Colby Broke Up…| What Next?|”, and since then he’s amassed more than two million subscribers, while his videos have close to 300 million views. Some of the most popular on his channel include “Breaking All Rules of the Ouija Board on Friday the 13th// 3 AM Challenge”, with over seven million views, then “The Midnight Game// 3 AM Challenge (paranormal)”, with close to six million views, and “The Midnight Game//3 AM Challenge (he’s back)”, which has also been viewed around six million times, in addition to many other videos that have added to his popularity and wealth.

Colby is an aspiring musician, but has remained true to his funny and intriguing videos. Since 2016, Colby has amassed close to 2.5 million subscribers and around 260 million views on his official YouTube channel. Some of his most popular videos include “Calling Terrifying Phone Numbers pt. 3 (Stalker)”, over seven million views, then “Do Not Talk to Siri During the Midnight Game (3 am Challenge”, with close to six million views, and “Caught My Girlfriend Cheating Prank!! (Gone WRONG)”, more than five million views, among several other popular videos. However, he hasn’t uploaded anything new in three months – his latest video “This Needed to be Said…”, talks about the reasons behind his absence from his main YouTube channel.

Sam is currently single, though he previously dated Katrina, an aspiring singer, but their romance ended after a few years of dating.

Sam Goldbach’s net worth has been estimated to be around $1.5 million as of late 2021, earned largely through his successful career as an online content creator.

When it comes to his personal life, Colby isn’t as open as Sam, and rarely talks about it. He’s been rumored to be dating another YouTube celebrity, Amber Scholl, as they feature in each other’s videos, but they still haven’t confirmed anything, leaving their respective fans waiting for an answer.

Colby Brock’s net worth has been estimated to be around $3 million as of late 2021, acquired largely through his career as a YouTube star and an aspiring singer.

Colby is known for his emo-styled haircut, which he often dyes from blue to red and back to natural dark brown, while he has blue eyes. He stands at a height of 5ft 11ins (1.8m), weighs approximately 154lbs (70kgs), while his vital statistics are currently unknown, though he has a fit figure.