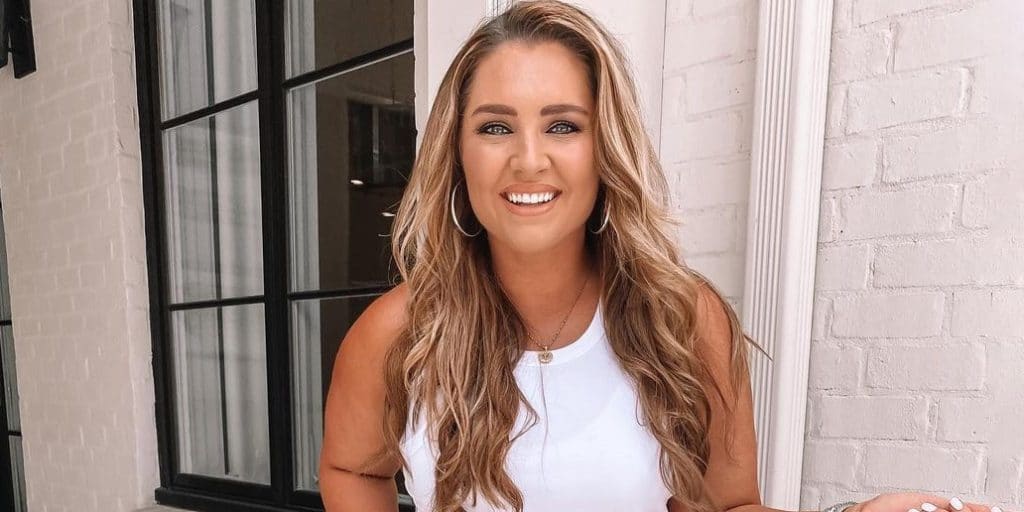 Who did Collins Tuohy married? Michael Oher Sister’s Net Worth

Collins Tuohy Smith was born in Memphis, Tennessee USA, on 29 December 1986 – her zodiac sign is Capricorn, and she holds American nationality. She’s an entrepreneur and a public speaker, but perhaps known best for being the adoptive sister of the former American Football Player Michael Oher.

Collins was born into an affluent family; her father, Sean Tuohy is a well-known sports commentator and restaurateur, while her mother, Leigh Anne, is an interior designer. Together, they co-own over 85 fast food franchises, including Taco Bell, Pizza Hut and Kentucky Fried Chicken. Collins one biological sibling, a younger brother Sean Jr.

At the age of six, she started taking piano lessons.

In 2004, she matriculated from the Briarcrest Christian School in Memphis, and then enrolled at the University of Mississippi, where she studied journalism. During her time there, she held many positions – she was the President of Student Spirit Committee, President of the Student Alumni Council, an Officer for the Kappa Delta Sorority, and an Ole Miss Varsity Cheerleader.

When she was 18 years old, her parents adopted the prodigy Football Player Michael Oher. By the time of his adoption, he had stayed with several foster families, and was already a high school senior. Collins has a close bond with her adoptive brother, as she was the one who initially introduced Michel to the rest of the family. They also share a mutual love for sports; in the same year that Michael earned All-State honors in a football championship, Collins won the Tennessee State Championship in the Pole Vault.

She was the only family member to accompany Michael at the 2009 NFL (National Football League) draft in New York City.

Rise to fame and career

Collins and the rest of the Tuohy family came to prominence in 2009, following the release of the biographical film about Michael Oher, entitled “The Blind Side”, written and directed by John Lee Hancock, based on the eponymous book by Michael Lewis, and which starred Sandra Bullock as Leigh, Tim McGraw as Michael, while Collins was played by Lilly Collins. It was a box office hit, grossing more than $309 million, against a $29 million budget; it was nominated for an Oscar for the Best Motion Picture of the Year, while Sandra Bullock won an Oscar for Best Performance by an Actress in a Leading Role.

In the following year, Leigh and Sean Tuohy published a book about their experience with adoption, entitled “In a Heartbeat: Sharing the Power of Cheerful Giving”, which became an instant bestseller. The family’s inspirational story was covered by numerous news outlets and TV shows, including “The Today Show”, “Huckabee” and “Good Morning America”.

Today, Collins works as a motivational speaker, and often talks about her and Michael’s journey, urging listeners to see the best in everyone, and not let prejudice skew their judgment of others. She’s also the co-owner and Marketing Director at Whimsy Cookie Company, based in Memphis, which specializes in making custom decorative sugar cookies, and their products are being sold in several of their stores across the country.

Furthermore, Collins is on the board of directors of the Make it Happen Foundation, created by her parents, and dedicated to providing help to children living in poverty.

She’s also launched her own fashion, travel and lifestyle blog “Collin’s Closets”, through which she’s collaborated with numerous renowned brands, such as Asos, Sherri Hill and GiGi New York.

As an actress, Collins has appeared in two movies, the 2010 horror “Night of the Loup Garou”, and alongside Woody Harrelson in the 2019 Netflix biographical crime drama about the two detectives who brought down Bonnie and Clyde, entitled “The Highwaymen”.

Since 2016, Collins has been married to the Hollywood stuntman and actor Cannon Smith, who is perhaps known best for his work on “Sicario” and “Sicario: Day of the Soldado”. Prior to their wedding, the two were in a relationship for more than 11 years. Interestingly, Cannon is the brother of Molly Smith, the Black Label Media co-founder and producer, who was the first to bring “The Blind Side” script to the production company Alcon.

Before he built a career in the entertainment industry, Cannon was an American Football player, playing a season for the University of Miami, before transferring to University of Memphis as the team’s quarterback.

Collins has revealed that she and Cannon had their first date at the Cookie Party, which was the place he proposed to her on the date of their 10th anniversary. The two married in April 2016 in a ceremony held at Collins’ parents’ house in Hunt and Polo Club. The wedding was quite extravagant; the theme was black and gold, and the wedding table was 80 feet long, about 25 meters. Collins and her husband don’t have children.

Michael Oher was born Michael Jerome Williams Jr. in Memphis, Tennessee USA, on 28 May 1986 – his zodiac sign is Gemini, and holds American nationality. He’s a former football offensive tackle, who played in the National Football League (NFL) for eight seasons.

Michael was one of 12 children of Denise Oher. He had a difficult upbringing, as his mother suffered from alcohol and crack cocaine addiction, while his father spent a lot of time in prison. He received little attention as a child, and had to repeat first and second grades at school. Michael was put into foster care at the age of seven, and alternated between periods of living with foster families, and homelessness.

He started playing football during his freshman year at a local public high school. For his junior year, he applied for admission to Briacrest Christian School at the suggestion of his then guardian Tony Henderson. He continued playing football for their team, and was named Division II Lineman of the Year in 2003. In the following year, he started living with the Tuohy family, and was eventually adopted by them. They tended to his needs, and even hired a tutor to work with him for 20 hours per week. During his senior year, he increased his GPA (Grade Point Average) from 0.76 to 2.52, and was allowed to attend a Division I school.

Michael then received scholarship offers from several colleges, and eventually chose to play for Ed Oregon at the University of Mississippi.

He graduated college in 2009 with a Bachelor’s degree in criminal justice, and entered the NFL draft that year. He signed a five-year $13.8 million deal with the Baltimore Ravens, for which he alternated between playing as a right and left tackle. Michael’s biggest success with the Ravens was winning the 2013 Super Bowl against the San Francisco 49ers.

In 2014 and 2015, he played for the Tennessee Titans, but unfortunately had to spend a lot of time as an injured reserve due to a toe injury.

He then signed a contract with the Carolina Panthers, and was a part of the team that played against the Denver Broncos in Super Bowl 50. He ended his professional career in July 2017, after he was released from the team following a failed physical.

In 2011, Michael published his autobiographical book “I Beat the Odds: From Homelessness to the Blind Side and Beyond”, in which he shared his own story about his path to success. He wrote it to express gratitude to the other people besides the Tuohys who were important to the changes in his life, and to offer advice to people who want to help children who are stuck in the foster care system.

He is now married to the non-celebrity Tiffany Roy, with whom he has a son.