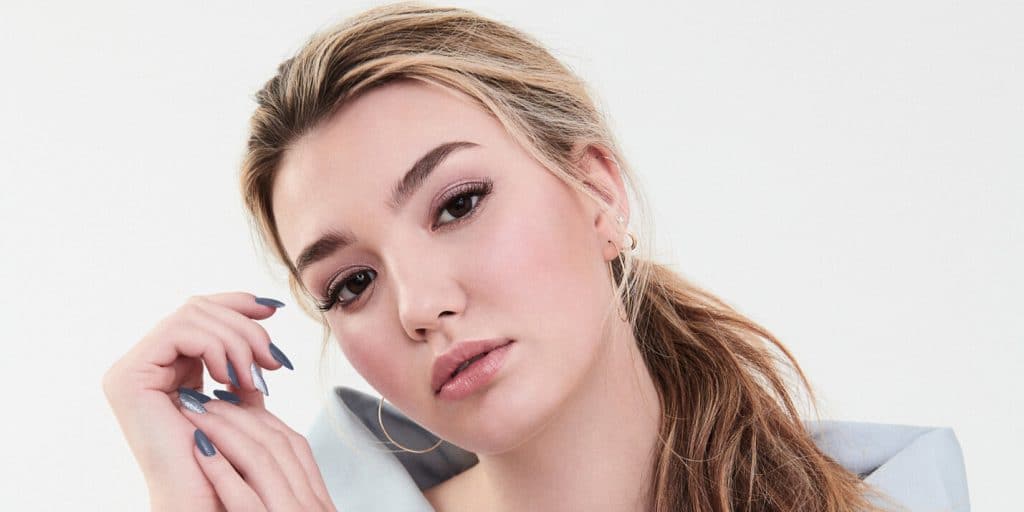 Who is Ali Skovbye? Age, Height, Ethnicity, Boyfriend, Net Worth

Who is Ali Skovbye?

Ali Skovbye is a Canadian award-winning actress best known to the world as Emma in the film “Breakthrough” (2019), and as Jeanne Seraphin in the film “The Corruption of Divine Providence” (2020), in addition to a number of other roles that she has secured so far in her career.

Born Alisa Dyck-Skovbye on 16 May 2002 under the Gemini zodiac sign, in Vancouver, British Columbia, Canada, she has an older sister, Tiera Skovbye, an award-winning actress as well, best recognized as Polly Cooper in the TV series “Riverdale”.

This duo hasn’t spoken about their parents as they prefer to be left out of the media. For her education, Ali took acting lessons from an early age, and her career started rather early too.

Ali was just four years old when she appeared in a commercial for the Cadillac car brand. After this, she began auditioning for various other commercials and acting roles, but waited three years for her acting debut, when she was chosen to portray Beth in the drama film “Personal Effects”, starring Ashton Kutcher, Michelle Pfeiffer and Kathy Bates. She continued her career with roles in short films such as “Prime Meridian” (2010), “While I Breathe” (2011), and “Newborn”, also in 2011.

The following year she appeared in the TV series “Once Upon a Time”, and in 2013 guest-starred as Emily in the Primetime Emmy Award-nominated sci-fi action-adventure series “Falling Skies”, with Noah Wyle, Drew Roy and Maxim Knight in the lead roles. The same year, Ali played sister to her real-life sister’s character in the fantasy horror film “Forever 16”, then returned to roles in short films, including the part of Nicole Brandon in “Rocketship Misfits”, and as Wren in “The Goodbye Girl”.

Ali’s career was taking the right turn in the second half of the 2010s – she first portrayed Emma Blakemore in the television movie “One Christmas Eve”, which starred Anne Heche, Kevin Daniels and Carlos Gomez, and then appeared in the sci-fi comedy-drama film “No Men Beyond This Point”, written and directed by Mark Sawers and starring Patrick Gilmore, Bronwen Smith and Tara Pratt. From 2015 to 2017, she portrayed Becky in the award-winning romantic drama series “When Calls the Heart”, about a young school teacher, Elizabeth Thatcher, who moves west from a rich eastern family to a small coal-mining town to work in a school, with the titular character played by Erin Krakow.

Her next role was as Annie Sanders in the TV series “The Man in the High Castle”, which she played from 2016 to 2018, and in 2016 she also portrayed Samantha in the television movie “Adventures in Babysitting”. The next year, she was Lacey Reynolds in the award-winning romantic comedy film “Campfire Kiss” (2017), and also played Addy Kent in the television movie “Secrets of My Stepdaughter”. The following year saw her starring in the thriller film “His Perfect Obsession”, next to Arianne Zucker and Brendan Murray and in 2019 she was Emma in the Academy Award-nominated biopic “Breakthrough”, about a 14-year-old boy who falls into an icy lake and spends 15 minutes underwater – his mother prays for his recovery following a deep coma.

Ali’s hard work paid off in 2020, when she was chosen for the part of Jeanne Seraphin, the female lead in the award-winning drama film “The Corruption of Divine Providence”, co-starring Elyse Levesque and Tantoo Cardinal. Recently, Ali began portraying Young Tully in the TV romantic drama series “Firefly Lane”, with Katherine Heigl portraying the adult Tully, the lead character of the awarded series. Moreover, Ali also co-starred in the television drama movie “Imperfect High”, alongside Nia Sioux and Gabriel Darku.

When it comes to her personal life, Ali isn’t very open about it, and has only made a little information available.

She has recently celebrated a year of romance with a guy named Nikola Guzina, though there isn’t much about him and their relationship in the media, aside from a few pictures that she’s shared on her official Instagram page.

As of late 2021, Ali Skovbye’s net worth has been estimated to be around $3 million, earned through her successful career as an actress, during which she has appeared in more than 30 film and TV titles, all of which have added to her wealth.

This prominent actress has dark brown hair, though she has dyed it blonde, and has dark brown eyes. She stands at a height of 5ft 8ins (1.73m), while she weighs approximately 119lbs (54kgs). Her vital statistics are 34-24-34, and her bra size is 34B.

Ali has a number of hobbies and interests to which she dedicates her time outside of acting. For instance, she is an avid volleyball player, and has always enjoyed playing the sport. Moreover, she is an aspiring singer and dancer, and she is also taking guitar lessons.

Ali enjoys traveling, and has visited a number of US states both for work and pleasure, and loves spending time on lakes and beaches.

Ali is an avid animal lover and she has a pet dog, which she often features in her Instagram posts.

To speak further of her activities outside acting, the “Firefly Lane” star is a Yellow belt in Karate.

Tiera Sophie Skovbye was born on 6 May 1995 in Vancouver, British Columbia Canada and from an early age started taking acting lessons at Railtown Actors Studio. As a result of an early interest in acting, Tiera made her acting debut when she was just 10 years old in the short film “24/7”. Since then, she’s gone on to star in a number of prominent roles, including as Polly Cooper in the TV series “Riverdale” (2017-2021), then as Zoe Carmichael in the film “Midnight Sun” (2018), and most recently as Grace Knight in the TV series “Nurses” (2020-2021), among numerous other roles.

Back in 2017, she announced her engagement to her long-time boyfriend Jameson Parker, however, it seems that the two have since broken up, and that Tiera is now enjoying the single life.

Tiera Skovbye’s net worth has been estimated to be around $2 million, as of late 2021.