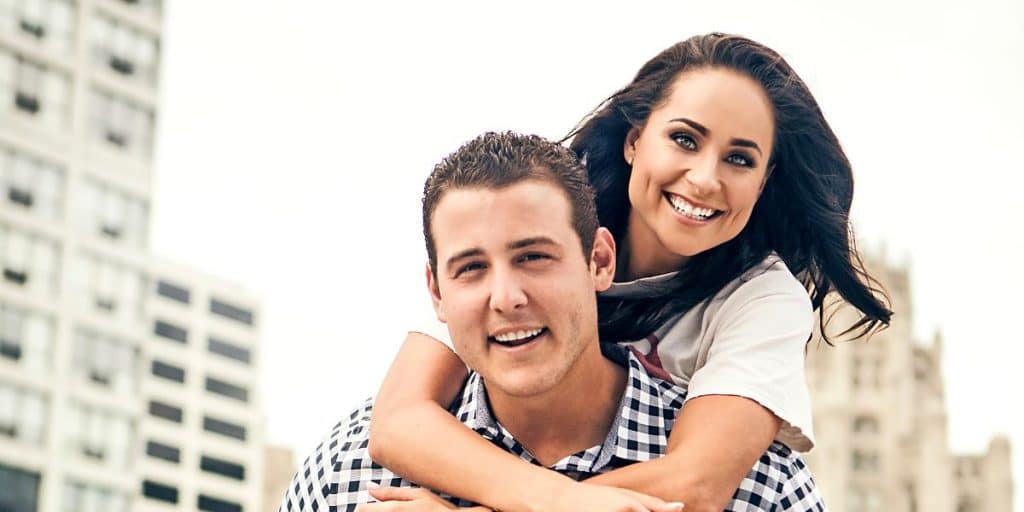 Who is Emily Vakos?

Emily Vakos was born in Arizona, USA on 9 January 1994 – her zodiac sign is Capricorn, and she holds American nationality. She’s a food nutrition expert, but who’s perhaps known best for being the wife of Anthony Rizzo, a famous American professional baseball player.

Emily was raised in the USA by her father Mark Vakos and her mother Stephanie Sudwischer; nothing is known about her parents, as she respects their privacy, but it’s said that her father was a sportsman and personal trainer, and that her mother is a former gymnast. Because Emily hasn’t mentioned having any siblings, most of her fans believe her to be an only child.

Congratulations to Chicago Cubs, Anthony Rizzo on his engagement to his longtime girlfriend Emily Vakos. Let us know if you need a great dj..

Posted by The Keith Christopher Entertainment Group on Friday, June 2, 2017

She grew up being physically active, mostly because she looked up to her father, and Emily was already into volleyball and tennis by the time she completed her elementary school education. She was interested in numerous activities while attending a local high school, and besides playing sports also practiced acting with the school’s drama club, as well as dancing and creative writing.

Upon matriculating in 2012, Emily enrolled at Arizona State University, from which she graduated with a Bachelor’s degree in nutrition, food management and natural science in 2016.

In 2011 and 2012, Emily worked casually as sales associate at Mal Malouf Boutique.

Upon graduating, she worked as an intern at a couple of companies, and was a nutritionist intern for the Chicago Cubs baseball team, as well as at the Scottsdale United School District.

She has since been keeping the details of her career away from the media’s attention, but it’s still known that she’s today working as a personal fitness trainer and nutritionist expert.

Marriage with Anthony Rizzo and children

Emily met Anthony in Arizona in 2016, when he came there with his baseball team Chicago Cubs for spring training. She could then have been seen attending his games to support him, and on 1 June 2017, Anthony asked her to marry him. They married on 29 December 2018, in a large ceremony attended by many of their friends and family members, while most of Anthony’s teammates were also there; one of the groomsmen was Anthony’s teammate Kris Bryant.

The two don’t have children together, and while most people believe this to be because they both want to focus on their careers, others have claimed that perhaps one of the two is infertile; none of this has been confirmed nor addressed by the two. They did, however, adopt a dog in 2020, called Kevin.

Neither Anthony nor Emily have spoken of any other people whom they’ve perhaps been with, and as of February 2022, she’s married to Anthony Rizzo and doesn’t have children.

Emily is physically highly active, and works out at the gym nearly every day, thus her slim figure. She’s also following a strict diet, and avoids eating fast food and sweets.

Emily is a huge lover of animals, and although she’s been to several zoos around the US, she believes that animals belong in the wilderness and not in captivity. Her favorites are zebras and giraffes.

She’s into travelling, and has been to various US states to watch her husband play baseball, but also to many European and Asian countries. Some of her favorite countries amongst those which she has been to include Thailand, Laos and Vietnam.

Emily enjoys watching movies late at night, and her favorite actor and actress are Johnny Depp and Natalie Portman, while a couple of her favorite films include the franchise “Pirates of the Caribbean”, “Leon: The Professional” and “V for Vendetta”.

As of February 2022, her net worth has been estimated at more than $100,000, while her husband Anthony’s net worth is reputedly over $27 million.

Who is Anthony Rizzo?

Anthony Vincent Rizzo was born in Parkland, Florida USA, on 8 August 1989 – his zodiac sign is Leo, and he holds American nationality. He’s today a free agent, and has previously played for the New York Yankees, San Diego Padres and Chicago Cubs of Major League Baseball (MLB).

Anthony was raised alongside his brother John in Parkland, by their parents John and Laurie Rizzo; his brother is also highly sporting, and played football for the Florida Atlantic University team.

Anthony studied at Marjory Stoneman Douglas High School, and upon matriculating in 2007, he made himself eligible for the MLB draft, and was a sixth-round pick by the Boston Red Sox.

He initially wanted to enroll at Florida Atlantic University, but because he was drafted and was offered a $325,000 signing bonus, he chose to focus on baseball.

He was traded to the San Diego Padres on 6 December 2010, and played his first 15 games with the Tucson Padres. Anthony made his debut for the Padres on 9 June 2011, when they beat the Washington Nationals 7-3. He was demoted on 21 July 2011 after a series of poor plays, but was promoted back to the majors on 4 September of the same year.

In 2017, he was presented with the Roberto Clemente Award. Anthony spent some time on the bench in 2018, because of his back issues, but received his second Gold Glove Award in the same year, then his third in the following year.

Because his parents are of Italian descent, Anthony played for Italy at the 2013 World Baseball Classic.

In April 2008, he was diagnosed with Hodgkin lymphoma, and had to undergo chemotherapy for half a year; at the same time, Anthony’s grandmother was struggling with breast cancer. On 2 September 2008, more than a month away from completing his treatment, the doctors told Anthony that his cancer was gone, and on 18 November was told that he could lead a normal life.

He tested positive for coronavirus on 8 August 2021.

Anthony is a philanthropist, and in 2012 founded the non-profit organization Anthony Rizzo Family Foundation. Its main goal is to help people suffering from cancer, as well to contribute to cancer research facilities; in August 2017, the foundation donated more than $4 million to Lurie Children’s Hospital. On 27 May 2019, the foundation raised close to $2 million to be donated to those suffering from cancer.