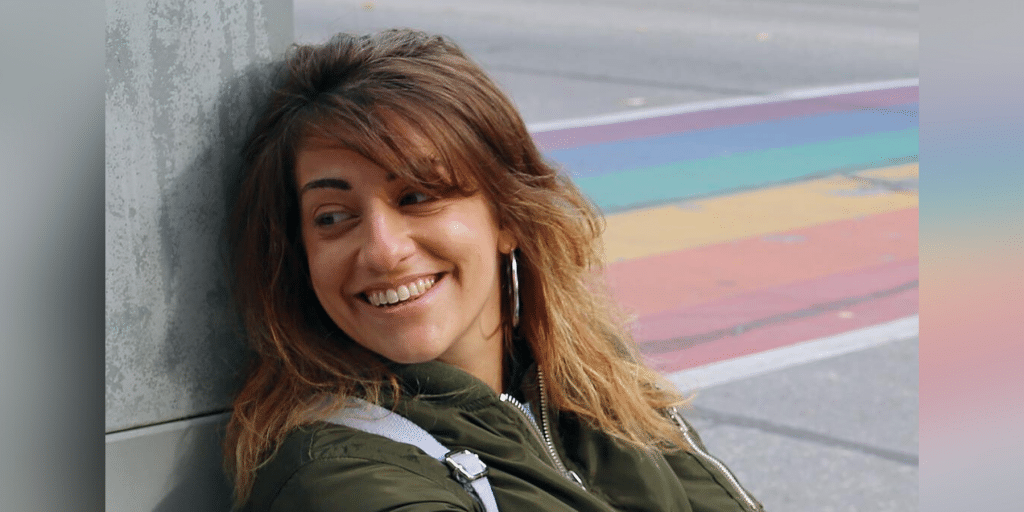 Who is Arielle Scarcella? Age, Height, Girlfriend, Net Worth, Wiki

Arielle Scarcella was born in Brooklyn, New York City USA, on 19 July 1986 – her zodiac sign is Cancer, and she holds American nationality. She’s a YouTuber and a social media star, who’s perhaps known best for her eponymous YouTube channel which she launched on 29 April 2009. The channel’s today subscribed to by close to 700,000 people, and numbers nearly 200 million views of all her videos combined. Arielle states in her description section that she’s a lesbian who loves women’s issues, politics and the LGBT culture; the majority of her videos are related to LGBT issues.

Arielle was raised in New York City alongside her brother by their parents, about whom nothing’s known, as they prefer to be left out of media; it’s believed that Arielle’s father is a journalist, and that her mother’s a high school teacher. Her brother is openly gay.

She grew up being interested in various activities, including dancing, singing, and acting with her school’s drama club. Arielle was also into sports, excelling in gymnastics. She hasn’t spoken of when knew exactly that she was attracted to women, but it has been speculated that it was right after she enrolled at a local high school. She was into journalism during her teenage years, and wanted to become a news reporter, however, Arielle’s plans changed around the time when she matriculated in 2004.

Because she hasn’t spoken of her further education, most people believe that she hasn’t attended college.

Arielle is mostly popular amongst the people who are also members of the LGBT community, but she’s also known for her sense of humor and her wit. We’re about to mention three of her most popular YouTube videos, which have helped her gain many subscribers.

Her #1 video “Stop Doing This To Women During Sex” has been watched over 23 million times since 15 December 2018, and features Arielle and her female friend as they’re giving advice to straight men on what not to do during sex.

Her third most watched video “Gay Guy Shows Lesbian His Penis | Sex Ed” has been viewed over 10 million times since 25 August 2016, and the title’s quite self-explanatory.

Arielle launched her second YouTube channel – “GirlfriendsTV” – on 27 July 2012, and it’s today subscribed to by over 200,000 people, and numbers more than 24 million views of all her videos combined. It’s also LGBT-oriented, and Arielle uses it to help people explore their gender, love and sexuality, and to also learn about the LGBT community even if they’re straight.

The channel’s most popular video, “LESBIAN COUPLE KISS CHALLENGE!” has been watched over 1.1 million times since 11 February 2014, and features three lesbian couples as they’re completing challenges for Valentine’s Day.

Its second most popular video, “WAS ALEXANDER THE GREAT GAY?” has been viewed close to 900,000 times since 25 November 2014, and the title’s quite self-explanatory.

The channel’s third most watched video “TOP 10 WOMEN EROGENOUS ZONES” has been viewed over 700,000 times since 18 January 2014, and features Arielle talking about women’s erogenous zones, while giving advice to both straight and lesbian/gay couples.

She also used to have another YouTube channel, called “Arielleishamming”, however, it’s been deleted for unknown reasons; it was followed by more than 200,000 people.

Arielle is quite active on Instagram, and is today followed by close to 100,000 people, while she’s uploaded over 350 pictures, the majority of which have been taken during her everyday life. She’s a huge fan of tattoos, and enjoys showing them off in her pictures.

She launched her Twitter account in March 2009, and is followed by more than 110,000 people on the network, while she’s tweeted over 72,000 times; Arielle mostly writes to share the details of her life with her fans.

She’s active on Facebook as well, and her page’s today followed by nearly 200,000 people. Arielle also has a TikTok account, which is today followed by over 25,000 people, and numbers more than 500,000 likes of all her videos combined, the majority of which feature her telling jokes and lip syncing.

Arielle prefers to keep the details of her love life to herself, but it’s still widely known that she was once in a relationship with the American actress, writer and YouTuber Stevie Boebi; Stevie has four acting credits to her name, and is perhaps known best for having written the 2019 short drama film “Weenie”. She’s also popular for her YouTube channel, which is today subscribed to by over 750,000 people, while Stevie’s mostly focused on uploading videos which feature her talking about her everyday life.

The two met at a club in 2012, and began dating only a couple of days later. Arielle and Stevie often featured each other in their YouTube videos during the one year that they were in a relationship; they split in 2013 for unknown reasons.

Arielle hasn’t mentioned any other women whom she has perhaps been with, although it’s widely believed that she’s been in several relationships since her and Stevie’s break-up.

As of October 2021, she seems to be single, hasn’t married and doesn’t have children.

Arielle has recently become interested in politics, and voted for Donald Trump in the 2020 presidential election; she also used her fame on the internet to urge other people to vote, claiming that every vote can make a difference.

She’s into travelling, and has been to several US states for both work and pleasure; her dream travel destination is Miami in Florida.

Arielle is physically quite active, and has a couple of training sessions at the gym each week.

She enjoys watching movies late at night, and her favorite actors and actresses are the late Heath Ledger, Matt Damon and Kristen Stewart, while a couple of her favorite movies are “Brokeback Mountain”, “Good Will Hunting” and the franchise “Twilight”.

Arielle’s also into reading books – her favorite genre is history, while a couple of her favorite books are “Guns, Germs, and Steel” by Jared Diamond, “Devil in the White City” by Erik Larson, and “The Silk Roads: A New History of the World” by Peter Frankopan.