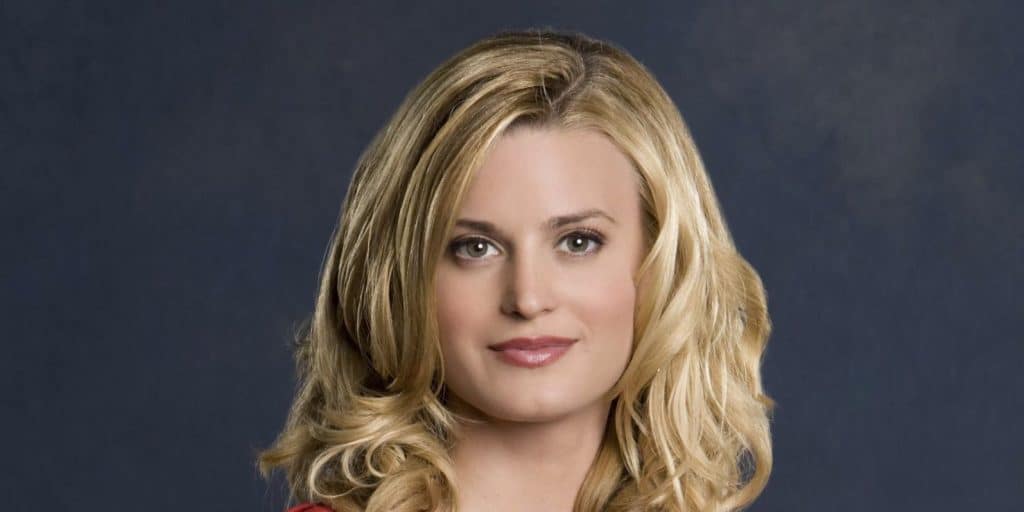 Who is Brooke D’Orsay? Age, Height, Husband, Net Worth, Wiki

Brooke D’Orsay is a popular Canadian actress, who started her career with minor television roles, best known for her parts in Hallmark Christmas movies such as “A Dickens of a Holiday.”

Brooke D’Orsay’s birthday is on the 17th of February under the zodiac sign of Aquarius, born in 1982 in Toronto, Ontario Canada, so is now 40 years old. Not much has been revealed about Brooke’s childhood, since she appears to be a very private person. As a child, the actress was a big fan of gymnastics, and even wanted to pursue a career as a gymnast, so attended gymnastics classes after school.

Her parents’ names are rumored to be Jackie and William D’Orsay, and she’s known to have an older brother with whom she has fond childhood memories. Judging from a recent interview, she appears to have had a lovely relationship with her parents growing up, and recalls spending Christmas with her family as a child, fondly looking back on their holiday traditions. The actress has a Canadian passport – her last name indicates Huguenot French ethnicity.

Brooke has always loved acting, and would perform in plays at her school. Her professional career started off with the Canadian improv group Trailervision – which appears to have ceased activities as of 2022 – steering towards comedic performances.

Her first few roles also seem to be funny characters; Brooke’s first role on TV was in the Canadian animated TV show called “6Teen”, voicing one of the main characters, the pink-loving girly-girl Caitlin Cooke. This series was watched by many Canadian preteens and teens, as it was about a group of 16-year-old friends and their daily lives. It also revolved around the common issues faced by teens, such as first jobs, bank accounts, crushes, and more.

In the following year, she had the minor role as Brooke Mayo in the movie “King’s Ransom.” This comedy movie was about a wealthy businessman who faked his own kidnapping in order to catch his gold-digging wife red-handed, but wasn’t aware of the many other people also interested in his riches.

When acting seriously became her career, she made the move to Los Angeles to find more opportunities as an actress. She was cast in the FOX sitcom “Happy Hour”, as well as in the CBS sitcom “Gary Unmarried.” Brooke also played a role in “Room 10,” the first short film directed by actress Jennifer Aniston; the plot is mainly centered around a nurse who learns to take a deeper look into her life, after caring for a terminally ill patient. This film won the award for best short film at the 2007 CineVegas International Film Festival.

Other small cameos of hers include parts in beloved TV shows “How I Met Your Mother,” “The Big Bang Theory,” as well as “Two and a Half Men.”

In the latter, she plays the infamous recurring love interest of the character portrayed by Ashton Kutcher. She also played stylish diva Deb Dobkins in the drama series “Drop Dead Diva,” which aired from 2009 until 2014. Most of her roles portray a fun, sweet and kind girl who sees the best in life, which probably isn’t too far from her real personality as well.

However, her primary roles as main characters have been in the Hallmark Christmas movies. She was the protagonist love interest in the movies “How to Fall in Love,” “June in January,” “Miss Christmas,” “Christmas in Love,” “Nostalgic Christmas,” “A Godwink Christmas,” and “A Dickens of a Holiday.”

The actress seems to enjoy being a part of these films, and will surely continue to work with Hallmark. She embodies the sweet big-city love interest role very well, and in interviews always shows a perfect understanding of her character’s personality.

Brooke mainly keeps details about her private life and relationships under wraps, but it’s rumored that she dated filmmaker Greg Coolidge sometime in the 2010s; this is her only relationship revealed to the public.

Greg is well-known as the writer of “Ride Along” and ‘Ride Along 2″, as well as the producer of the TV show “Wayne”, which won the Canadian Society of Cinematographers Award in 2020, for best cinematography in TV comedy. The romantic couple was seen posing together multiple times on red carpets and at other film industry events – it’s unknown when or how their relationship ended.

The actress seems to be single at the moment, although there are always dating rumors floating around, which is almost always the case concerning famous actresses. On her Instagram, she wished all her TV husbands a happy Valentine’s Day, but there are no posts about her real-life relationships.

Brooke seems to generally be a very sweet and likable person, and it’s clear from her interviews that she has great relationships with all her male co-stars, who always speak highly of her. This is surely why her Hallmark Channel romantic holiday movies always do so well, and are loved by viewers. There has never been any scandal or drama circulating around about her.

Net Worth and Socials

Sources estimate Brooke’s net worth at about $3 million, apparently similar to how much a well-paid actress in Los Angeles could make over time.

She most likely earns a huge part of her income from starring in Hallmark Channel films. Brooke runs an Instagram account which she isn’t very active on, even noting this herself with the caption of her latest image being ‘It’s my biennial post.’ Brooke is a well-known actress and probably doesn’t have too much time to be very active on social media platforms.

She is usually seen with long brownish blond hair.