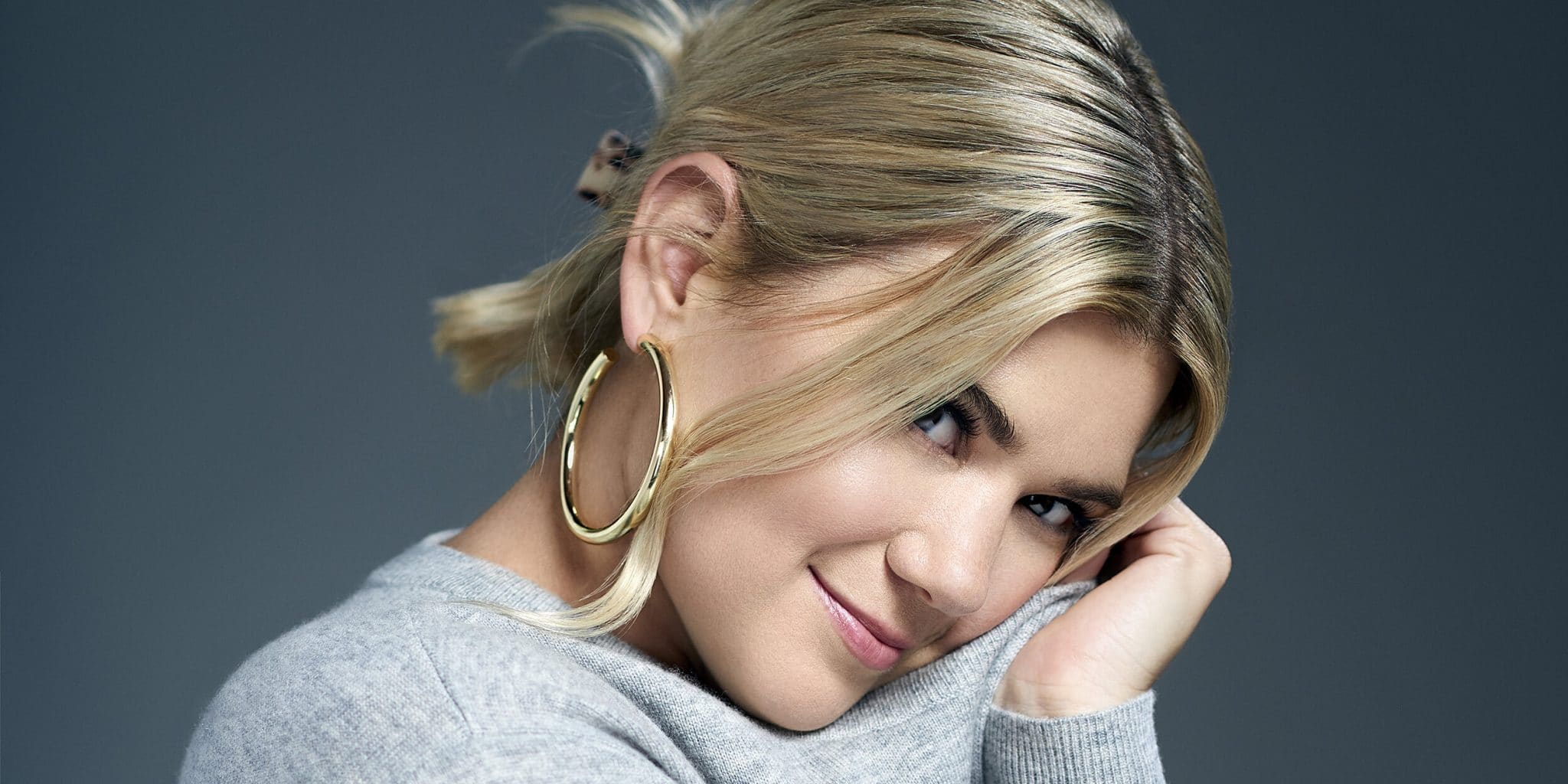 Who is Caroline Arapoglou? Age, Height, Husband, Net Worth, Wiki

Who is Caroline Arapoglou?

Caroline Arapoglou ( nee Fredlund) is an actress, perhaps best recognized as Rose in the Netflix series “Outer Banks”. She also had notable roles in the third season of “Stranger Things” and the series “The Resident”. Caroline was born under the Zodiac sign Capricorn on 15 January 1991, in Williamsville, Illinois, USA. As of 2022, she is 31 years old and holds American nationality. She currently lives in Atlanta, Georgia.

Not much information is known about her parents, any siblings, and background. However, in an interview, she talked about her upbringing saying: ‘I grew up in the Midwest. I was really lucky to grow up around a ton of family. I had my whole extended family around me when I was growing up. I always had cousins around me, aunts and uncles. It was a creative environment.’

Caroline also mentioned that she and her family had often put on plays and shows as a form of family entertainment, which ultimately played a part in her future career choice, as it encouraged her creativity, self-expression and instilled a love for performing. At a young age, she developed an interest in dance, and later took ballet classes.

During her freshman year of high school, she relocated to Georgia after her father landed a job in Atlanta. After matriculating from high school, she enrolled at the Kennesaw State University to study dance, more precisely modern dance and ballet.

Before launching an acting career, Caroline performed in Springfield Ballet Company’s productions of “The Nutcracker” for five seasons. She was also involved in a professional theater in Atlanta, where she honed her craft and obtained the necessary skill set for pursuing an acting career.

Caroline made her debut in 2016, portraying a waitress in an episode of the comedy /crime series “Atlanta”, created by Donald Glover. She was so excited to land this role, as it was very popular and well-respected, and in her opinion, it paved the path for other and bigger roles. During the same year, she landed a small part in the crime /mystery series “Good Behavior”. In 2017, she continued building her career playing minor characters in shows and movies, such as in “Hot Summer Nights”, “Sleepy Hollow”, and “Lore”.

The following year, she portrayed Audra in the short fantasy/horror movie “Entry Point”, alongside Tonya Cornelisse and Rhonda Griffis. She also scooped the recurring role as Noni Turner in the medical drama series “The Resident”, appearing in four episodes. After her one-episode appearance in the series “The Walking Dead”, she played Barbara Lakeview in the TV movie “Love Takes Flight”, sharing the screen with her husband, Nick Arapoglou.

During the same year, she was cast as a mom/ Winnie Kline in the hit supernatural/drama series “Stranger Things”, appearing in four episodes.  In an interview, she talked about her favorite moments, starring in the popular show, disclosing: ‘It was the first time I saw the hair and make-up transformation. It was this complete transformation, that’s the only show I’ve done really where I couldn’t see myself in the character. I’ll never forget looking in the mirror and feeling like, “Oh, I don’t even see myself.’

In 2020 she shared the stage with Selma Hayek, Tiffany Haddish, and Rose Byrne, portraying Brook in the comedy movie “Like a Boss”, directed by Miguel Arteta. The film turned out to be a huge box office bomb, as it earned $29 million against a $30 million budget with over $100 million spent on marketing and promotion.

Besides being a commercial flop, the movie received a hail of criticism and negative reviews aimed at the poor delivery and lack of quality comedy. Currently, she is signed to Abrams Artists Agency.

“Outer Banks” and other roles

During the same year, she was cast as the recurring character Rose, in the action-adventure series “Outer Banks”, which follows a group of teenagers who initially want to investigate a missing person’s case,butd accidentally stumble upon a map that leads to a treasure.

Talking with the media outlet Flaunt, she described how she landed the role: ‘I was sent the self-tape from my agency, and I auditioned. I remember I did not love my first audition. I remember being really frustrated because sometimes you just don’t have it. I didn’t love it, but I sent it off and somehow got a callback.’

Caroline also revealed an interesting moment of her audition, saying that she hadn’t known the show that well, and had only done a couple of scenes with the character Rafe, played by Drew Starkey, who is one of the main characters, during which she was calling him “Raf” instead of Rafe. Now it’s a funny memory, and they often call him Raf on set just to make people laugh.

The show premiered in April 2020, receiving generally favorable reviews, and it was quickly renewed for a second season which landed on the platform in June 2021. It was renewed for a third season in December 2021, which is expected to premiere during 2022.

In 2021, Caroline starred in the comedy/movie “Dr. Bird’s Advice for Sad Poets”, alongside Lisa Edelstein and David Arquette.

While her dating history remains a mystery, since 2015 she’s been married to the actor Nick Arapoglou.

Reportedly, they first crossed paths in November 2012, and spent Christmas together which Nick described as a magical moment. Soon after, they began dating, and the following year the couple happily shared the news of their engagement. They walked down the aisle on 19 April 2015, and spent their honeymoon in Santorini, Greece.

As of 2021, her estimated net worth is over $1 million, which she’s earned through her acting career. On the other hand, her husband’s wealth is around $2 million.

Her favorite shows include “The White Lotus” and “Friends from College”.

She likes to spend her free time with her pets and family; she’s an avid animal lover, and has a dog and a cat.

One of her hobbies includes cooking, which she perfected during quarantines. As of late, she is on a bit of a healthier kick, Caroline revealed: ‘I’m trying to find exciting ways to cook vegetables. My favorite thing to make is, I call it, fake fried rice. It’s cauliflower rice cooked in sesame oil, and the sesame oil is what makes it taste like fried rice. You throw in a bunch of cruciferous vegetables, eggs, some bacon.’

Caroline is an advocate of the abortion rights movement, and believes that abortion is healthcare and every woman should have access to it, as well as the right to reproductive freedom.

Caroline has a very interesting sense of fashion, which relies on comfort, minimal make-up, and accessories; she likes to combine sweatshirts and jewelry for a little bit of an edge.

Her style in real life is much more casual and simple than Rose’s style on the “Outer Banks”. Caroline’s wardrobe mostly consists of basic pieces that can be dressed up with a colorful bag or a unique necklace or earrings. Despite her gravitating toward comfy apparel, sometimes she has to sacrifice her comfort for certain red carpet looks.

It appears that Caroline is only active on Instagram, on which she has nearly 300,000 followers.

Growing up, she had several idols and actors who inspired her to take up acting.

In her interview with Flaunt, she revealed how she had always followed Regina King’s career path, and watched her grow from minor roles in romcoms to winning an Academy Award, saying: “She was always so honest. Watching people find their moments, even when it’s not so big, then grow it and build it into something bigger for sure. I love women that have given themselves agency in their careers by producing and directing, those are the people I look up to.’

Nick is very private, and despite having a public career, doesn’t like sharing information about his family, background, and interests. However, regarding his professional life, he launched his acting career in 2009 with a minor role in the short movie “Married Guy”. Throughout his career, he’s mainly had one-episode appearances in a variety of TV shows such as “The Resident”, “The Vampire Diaries”, and “The Walking Dead”.

Nick’s also had roles in popular movies such as “Accountant”, “Freaky”, and “The Other Side”. In 2022, he’s set to portray the recurring character Jason Monroe, in the upcoming series “Florida Man”, sharing the stage with Anthony LaPaglia, Edgar Ramirez and Clark Greg.