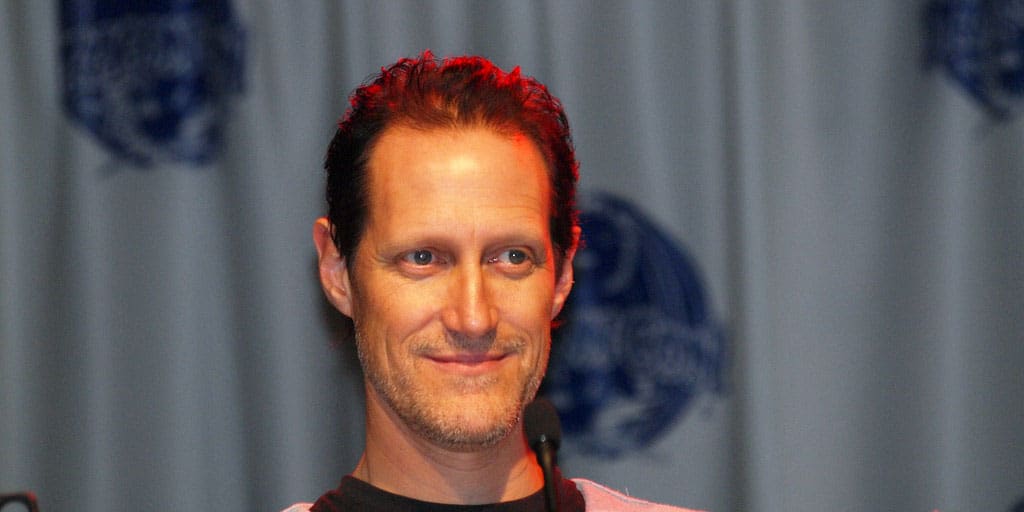 Who is Christopher Heyerdahl? Height, Wife, Net Worth, Age, Bio

Christopher Heyerdahl is a well-known Canadian actor of Norwegian and Scottish descent,  who has a long and prolific career. He usually appears in films and TV series, as well as theatre plays, and he is also a voiceover actor due to his powerful voice.     Although he is married,  he has managed to keep  the identity of his wife  in secret.

Christopher Heyerdahl was born on 18 October 1963 in British Columbia, Canada to Norwegian father and Scottish mother. There is not much information about his parents but it is known that Christopher´s father immigrated to Canada in the 1950s, and that he was a cousin of Thor Heyerdahl, who was a Norwegian explorer famous for the Kon-Tiki expedition from South America to the Tuamotu Islands in the Pacific Ocean.

Christopher was raised in Hollyburn Mountain, West Vancouver, Canada,  where not everything was  easy, for example, he did not have running water at home. Anyway, he was brought up surrounded by  a pleasant an enjoyable atmosphere, and as a child, a lot of Norwegian and Swedish friends of his father came around and had gatherings and parties, which, in the future,  helped Christopher to compose which was the most significant character in all his career: Thor “The Swede”.

When he was at school, his dream was to become a psychologist and after matriculating from high school he went to Norway to do his university studies. His stay in that country was facilitated by the fact that he could speak fluent Norwegian.

There, he joined the University of Oslo where graduated and after that, he went back to Canada, where he attended acting schools in Studio 58 in Vancouver and  Banff Centre in Alberta. He also studied acting in Stratford, Ontario, where he was able to learn Shakespearian and classical theatre from the best drama teachers of Canada.

Christopher Heyerdahl has been active since 1987 and up to the moment, he has taken part in more than 45 films (for the cinema and the television), and in more than 55 TV series. Apart from this, he has also acted in many theatre plays and was the voiceover actor for the video games “Wolfenstein II: The New Colossus” (2017) and “Far Cry 5” (2018).

Furthermore, he has worked with great international celebrities, such as Donald Sutherland and Susan Sarandon in the film “The Calling”, and has gained international recognition for his performances in the series “Sanctuary”, in which he played two roles: John Druitt and Biggie.

In 1993, his appearance in two episodes of “Are You Afraid of Dark?” as Leonid first and as Nosferatu afterwards, brought great recognition to him. However,  Heyerdahl became  largely recognized for his role of Thor “The Swede” Gundersen in the AMC series “Hell on Wheels”, which was broadcasted between 2011 and 2016.

For his performance in this series, he was given the ACTRA Montreal Award in 2013 and also received four nominations. Heyerdahl, in an interview for the online magazine “Stuff”, speaking about how the character of Thor was shaped, explained that he himself collaborated with the authors in this task: ‘We talked about it last year and the ideas that they had, and that the whole writing team had, on where the character was going to go.’

As regards his works in the cinematographic area, his best performance was the personification of the vampire Marcus in the film “The Moon”, which belongs to the “Twilight” saga (2009).

In spite of the fact that Heyerdahl does not like to reveal information regarding his private life, it is publicly known that he is married to a school teacher and that it was she  who introduced him to the “Twilight” saga.  Nevertheless,  her identity has not been reveled  and there is no information about his children either.

It is well known that Christopher Heyerdahl prefers not to let private information about himself be known. For this reason, there is nearly no data about the things that he likes to do. We know is that he is a vampire genre freak. Besides,  he is an excellent jockey player  and, some years ago, he was about to play for the Ottawa Senators.

An interesting fact about Heyerdahl is that he says that he felt surprised,  when he was playing The Swede, because the people who saw the series felt interested  when they saw Scandinavian representing America history and how they participated in the American Civil War, which really surprised him.

He personally believes that being an actor gives you the possibility of going deep into the character you are representing and doing this, you can learn about  the history of humanity and the different situations that human beings have to face during their lives.  I’m not surprised that they were willing to fight for their new freedom because they are very passionate people,” says Heyerdahl, fondly. ‘But I was certainly surprised at my own ignorance. You know, one of those great gifts, that comes with this type of a job, is that with each role you have the opportunity to learn so much more about different aspects of society and history and humanity – and to have that opportunity to do the research that I would never normally look for in my own heritage was an amazing thing and very surprising.’

In his website page he can be seen wearing informal and relaxed clothes –jeans, T-shirts and trainers.

Heyerdahl´s net worth is estimated in around $4 million, earned mostly from his long-lasting and fruitful work as an actor.