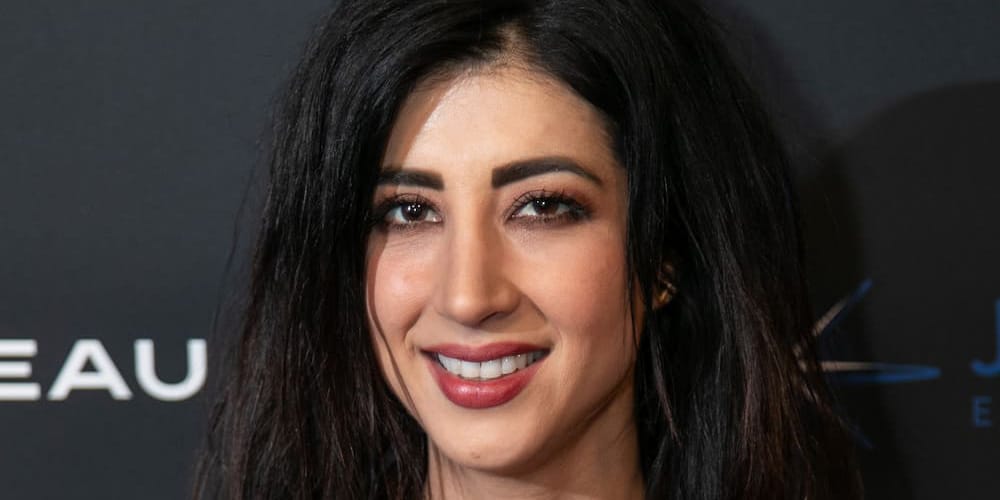 Who is Dana DeLorenzo?

Dana DeLorenzo is an American actress, probably best recognized as Beth in the “The Late Late Show with Craig Ferguson” (2012), and as Kelly Maxwell in the TV series “Ash vs Evil Dead” (2015-2018), in addition to several other notable roles that she’s secured in her career.

Dana Rose DeLorenzo was born on 1 January 1983 under the Capricorn zodiac sign, in Youngstown, Ohio USA. She’s the daughter of Jerry DeLorenzo and his wife Phyllis, and has a brother named Jeremy. Of Sicilian ancestry, she grew up in her hometown and began showing interest in the performing arts in her earliest childhood.

At just three years old, she began recording jokes on a tape recorder, and at 11 she secured her first paying job in the entertainment industry. After high school, she enrolled at DePaul University in Chicago, from which she obtained her Bachelor of Arts degree.

Dana expressed her talents early on, and when she was 11 together with her brother, started appearing in a weekly cabaret-style dinner show “Who’s On First”. After completing her degree, Dana was selected as one of the on-air personalities and producers on the radio “The Mancow Show”.

She even started appearing in theaters across the Chicago area, including “West Side Story” as Holes. She was then selected as Amy Winehouse in the Amy Winehouse tribute band named House of Winehouse – the band achieved international fame, and Dana was praised for the portrayal of the singer. The next thing she knew, the Chicago Tribune wrote a whole feature about her efforts, as she and the House of Winehouse performed at various festivals and venues, including House of Blues Chicago. In 2010, they received the Best Tribute Band honors from The Chicago Reader.

Move to Los Angeles and Work on “Craig Ferguson Show”

Following the success of the tribute band, Dana moved to Los Angeles and started auditioning for various roles. In 2011, she portrayed Stoner Molly in the film “The Moleman of Belmont Avenue”, and had guest roles in such TV series “2 Broke Girls”, while also portraying Becca the P.A. in the film “A Very Harold & Kumar Christmas”. However, her first major work on screen was in the show “The Late Late Show with Craig Ferguson” – comedy was her way of expressing herself, and sketches in the show helped her a lot.

She played Beth the CBS executive in over 40 episodes of the Primetime Emmy Award-nominated show, which celebrated her as a comedian.

She had a minor role in the popular TV comedy-drama series “Californication” in 2014, before she was selected for the part of Emily in the TV comedy series “Impress Me”, co-starring Jim Meskimen and Ross Marquand. The same year she took a huge step forward when she was chosen for the part of Kelly Maxwell in the TV comedy series “Ash vs Evil Dead”, co-starring Bruce Campbell and Ray Santiago.

Thanks to the success of the series, Dana became a star, and earned two Fangoria Chainsaw Award nominations in the category for Best TV Supporting Actress.

In 2017, she starred in the comedy-drama film “The Mad Ones”, written and directed by Aniruddh Pandit and co-starring Anthony Gioe and Lavrenti Lopes, and two years later, she was selected as Valerie Spoonts in the TV comedy crime-drama series “Perpetual Grace, LTD”, with Ben Kingsley, Jimmi Simpson, and Luis Guzman in the lead roles. She then starred with Kat Dennings, Malin Akerman and Jack Donnelly in the comedy-drama film “Friendsgiving”, and is now set to voice Kelly Maxwell in the video game “Evil Dead: The Game” scheduled for release in 2022, and is working on the TV series “Roar”, which is now filming and yet to receive its release date.

When it comes to her personal life, Dana has been rather secretive about it, which has given birth to numerous speculations. She was rumored to be dating Craig Ferguson after a few episodes that tickled the imagination of its audience, however, the two haven’t been even remotely close off-screen. Moreover, she was rumored to be dating her “Ash vs. Evil Dead” co-star Ross Marquand, however, nothing has been confirmed.

According to sources, she is currently single and solely focused on her rising career.

As of late 2021, Dana DeLorenzo’s net worth has been estimated to be around $1 million, earned through her acting career, appearing in more than 30 film and TV titles.

Her second interest is music which she’s obviously been quite good at it, though she has stopped pursuing music professionally; she stil regularly showcases her talents to her friends and family at private gatherings – she’s also a skillful guitar player.

She has been an avid social movements supporter, including of the BlackLivesMatter movement, and has attended several protests, following the unfortunate death of George Floyd.

An avid animal lover, Dana has said that monkeys are her favorite animals and that she has a pet dog named Brutus, which she often features in her Instagram posts.