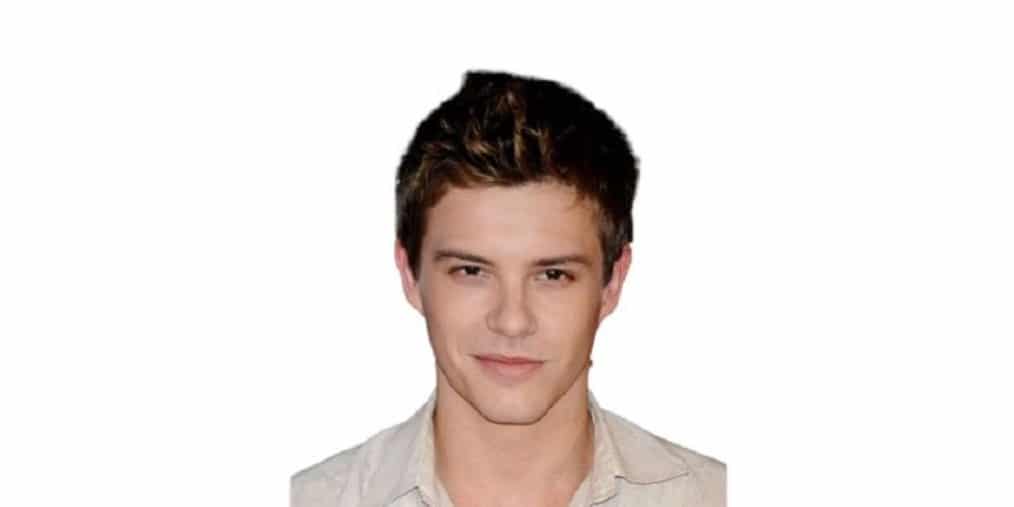 Xavier Alexander Wahlberg was born in Los Angeles, California on 4 March 1993 – his zodiac sign is Aries, and he holds American nationality. He’s a musician, but also known for being the son of the famous actor Donnie Wahlberg and his ex-wife, Kimberly Fay, and the nephew of the action movie star, Mark Wahlberg.

Xavier Alexander grew up in Los Angeles alongside his younger brother Elijah Hendrix. When Xavier was born, his parents weren’t yet married, but lived together, and tied the knot in a private ceremony on 20 August 1999. The two separated in 2008, after more than 15 years of a relationship and nine years of marriage. Their divorce was finalized in 2010, with both former spouses citing ‘irreconcilable differences’ as the main reason for their separation.

Following the divorce, Kimberly Fay received full custody of Xavier’s brother, Elijah, while Xavier was left out of the legal battle for custody, as he was already of age. His father, Donnie, stayed on good terms with his former wife and their two sons. He remarried in 2014, to the actress and comedienne Jenny McCarthy, while Kim hasn’t married again.

Xavier matriculated from a local private high school in 2011, but it’s not known if he attended college. His parents tried to keep him and his brother out of the public eye during their childhoods, and Xavier seems still to be maintaining that kind of lifestyle.

Due to Xavier’s desire for a quiet life, not a lot is known about his career. According to his father, he used to be, and perhaps still is, a member of a death metal band.

‘My oldest son, I’m not gonna say his name because he’d be mad at me if he happens to see this. But he’s in a band. He’s actually in a band. They play very dark, hardcore music, mosh pits, and the whole thing.’, Donnie revealed in an interview he gave for VH1 in 2019.

This revelation surprised many of Donnie’s fans, as he is known for the pop hits he released as a member of New Kids on the Block. Furthermore, some expected that Xavier and his brother Elijah might follow in their father’s and uncle’s footsteps and venture into acting, but that doesn’t seem to be the case either. Interestingly enough, some people think that Xavier has had a role in the third installment of the “Twilight” movie franchise, but it’s a common misconception, as he is sometimes confused with the actor Xavier Samuel.

While Xavier’s brother, Elijah, boasts more than 30,000 Instagram followers, Xavier has limited his presence on social media, and is only active on a private Instagram account, which he solely uses to communicate with his friends and family.

Not a lot is known about his relationship status, but it’s suspected that he’s currently single and hasn’t been married.

Donnie Wahlberg was born in Boston, Massachusetts USA, on 17 August 1969 – his zodiac sign is Leo, and he holds American nationality.

He a singer, songwriter, actor, and a film producer, but perhaps still known best for being a former member of the boy band New Kids on the Block, as well as for his appearances in blockbuster movies, such as “The Sixth Sense” and “Saw”.

Donnie was born the eighth of nine siblings to Alma Elaine and Donald Edmond Wahlberg Senior; he is of Swedish, English, Irish and French-Canadian ancestry. His younger brother, Mark, is also a big name in the entertainment industry, starting his career as the leader of the 1990’s hip-hop group Marky Mark and the Funky Bunch.

Donnie entered the music industry when he was only 15 years old. He was discovered by Maurice Starr, the former manager of the R&B group New Edition, who wanted to create a counterpart act, after parting ways with the band.

Donnie was initially joined by his brother Mark, but he ended up leaving a few months later. Donnie and his manager then embarked on a search for new band members, and Jordan Knight, Danny Wood, Joey McIntyre and Jonathan Knight joined the group in 1985, making the final line-up of New Kids on the Block.

The band released their self-titled debut album in April 1986, which was almost exclusively written and produced by Maurice Starr. The album failed to capture a wide audience, but the band stayed persistent in their efforts to make music, which would eventually top the worldwide charts. Their follow-up 1988 album “Hangin’ Though” initially went almost unnoticed by the audience, until the single “Please Don’t Go Girl” started being played by radio stations across the US. It eventually hit the #10 spot at the Billboard Hot 100 chart, and became the band’s first hit, launching them into stardom.

New Kids on the Block released their third studio album, “Step by Step”, in May 1990. By this time, they were already one of the most popular acts in the US, with each of their new singles topping the charts both in their country and worldwide. In the same year, they embarked on a world tour; it’s estimated that they performed more than 200 concerts over a span of 10 months.

In 1992, the group was faced with their first major scandal, as they were accused of not singing live during their concerts. It was alleged that during their live performances, they lip-synced to pre-recorded vocals sung by Maurice Starr,. The group members later admitted to singing with a backing track, and that Starr was featured as a background vocal on a number of their songs.

Two years later, New Kids on the Block released the album “Face the Music”, which exclusively featured songs written by the band members. Although it was well received by the critics, it failed to achieve the commercial success of their previous releases, and the group disbanded shortly afterwards.

Donnie then focused on his acting career. He made his breakthrough in 1996, with a role in the crime drama film “Bullet”, which also starred Mickey Rourke and Tupac Shakur. In the same year, he appeared alongside Mel Gibson in the action thriller movie “Ransom”. Three years later, Donnie played the role of one of Bruce Willis’ patients in the film “The Sixth Sense”.

In 2001, he starred in the HBO war drama mini-series “Band of Brothers”, created by Tom Hanks and Steven Spielberg, and which centered on a group of US Air Force members who fought during the WWII. The series won six Primetime Emmy Awards, and is widely regarded as one of the best TV series ever made, holding first place on the Internet Movie Database (IMDB) list of best-reviewed series.

Donnie made appearances in a number of hit movies during the following years, such as “Dreamcatcher”, “Saw III” and “Annapolis”. One of his most recognized roles is in the CBS police drama series “Blue Bloods”, in which he plays 1st Grade Detective Danny Reagan.

In 2021, he was featured as a contestant in season five of the celebrity singing competition show “The Masked Singer”, reaching the semi-finals.