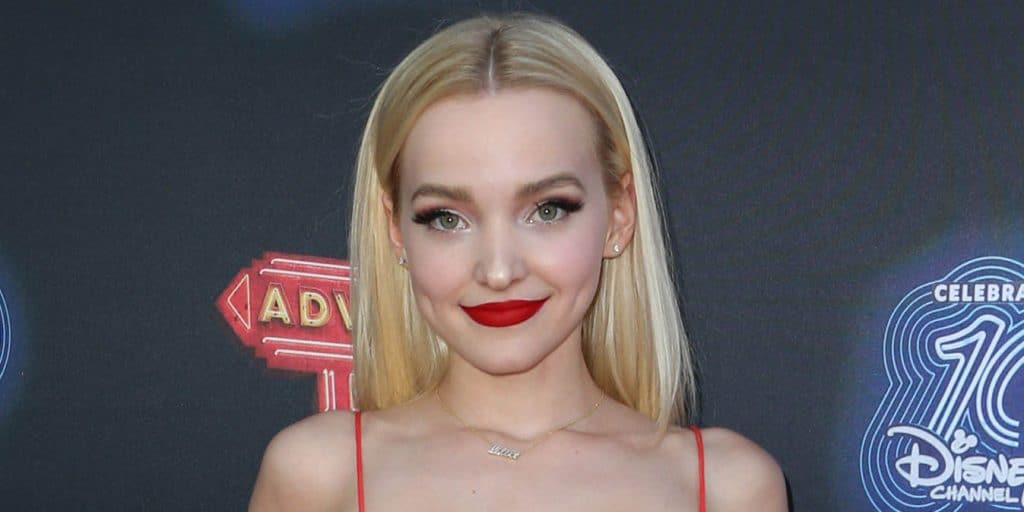 Claire Hosterman was born in Seattle, Washington State USA, on 10 March 1989 – her zodiac sign is Pisces, and she holds American nationality. She’s a social media star and a music teacher, but who’s perhaps known best for being the older sister of Dove Cameron, a famous American actress and singer.

Claire was raised in Bainbridge Island, Washington alongside her sister Dove, by their father Philip Alan Hosterman, and their mother Bonnie Wallace – they divorced when Claire was 10 years old, and Philip died in 2011.

She became interested in music at a very early age, and began attending her first music school when she was only six years old.

The following ten years saw Claire attend various schools, in cities such as Los Angeles, New York City, and even Paris in France. Upon matriculating in 2007, she enrolled at Pitzer College, from which she graduated with a Bachelor of Arts degree in anthropology in 2011.

Claire has amassed more than 55,000 followers on Instagram, and uploaded over 1,500 pictures, most of which have been taken during her travels around the world, also occasionally featuring her friends and family.

She launched her Twitter account in January 2015, and it’s today followed by close to 3,000 people, while Claire has tweeted nearly 1,300 times. She’s also active on Facebook, and is followed by over 500 people.

Claire can be found on TikTok too, and her account is followed by more than 2,500 people, while she’s amassed more than 12,000 likes of all her nine videos combined.

Claire has been teaching people how to sing for nearly a decade, specializing in various genres, including pop, rock & roll and opera, working with people of all ages, as well as with both beginners and professional singers. Claire has also sung in various films and TV series.

She only has a single acting credit: in 2018, she portrayed the main character Luna, in the short romantic movie “Miss Cheese”, written and directed by Mingjun Wei, and which also starred Carol Elaine Cyr and David Gielicz.

In 2018 and 2019, Claire starred as a vocal coach, in 23 episodes of the reality show “Scenebot Stage Live”, co-starring Katherine Steele and Brianna Martinez Gurdzhyan, and which follows the show’s host Katherine, as she’s choosing the best performers who’ve uploaded their videos onto the Scenebot Stage app.

Claire also made a guest appearance in an episode of the talk-show “Hometown to Hollywood”.

Claire’s amongst the most secretive of celebrities, as she hasn’t shared details of any men or women whom she’s perhaps been with. This is mostly why there are rumors circulating the internet regarding both her current relationship status, and her sexual orientation.

Many people believe Claire to be either bisexual or a lesbian. Her sister came out as bisexual sometime in the last decade, and after this, people began to believe that Claire is also bisexual, explaining that this is why she hasn’t spoken of any men whom she has dated, because she’s instead been focused on dating girls; this hasn’t been confirmed by Claire, nor has any evidence been provided to support these claims.

There are also those who believe that she’s today dating a mysterious Frenchman, but prefers to keep the relationship away from the media’s attention; this hasn’t been confirmed either.

As of September 2021, Claire appears to be single, hasn’t married, and doesn’t have children.

Claire loves to travel, and has been all around the world for both work and pleasure, visiting various US states, many European countries, as well as several countries in Africa and Asian; her dream travel destination is Venice in Italy.

She has her own favorite musicians, some of whom are Ed Sheeran, Lady Gaga and Rihanna.

She’s a huge dog-lover, and her pet dog Beau can be seen featured in a couple of her Instagram pictures.

Claire is physically active, and has a couple of training sessions at the gym every week. She’s also focused on her mental health, as she does yoga and meditates on a daily basis.

She likes to watch movies late at night, and her favorite actress and actor are Amanda Seyfried and Ryan Gosling, while a couple of her favorite films are “The Notebook”, “Dear John” and “Letters to Juliette”.

Claire’s age is 32. She has long brown hair and blue eyes, her height is 5ft 2fins (1.57m) and she weighs around 114lbs (52kgs). As of September 2021, her net worth has been estimated at over $1 million, while her sister Dove’s net worth is reputedly estimated at over $4 million.

Who is Dove Cameron?

Dove Cameron was born Chloe Celeste Hosterman in Bainbridge Island, on 15 January 1996 – her zodiac sign is Capricorn, and she holds American nationality.

She’s appeared in close to 70 movies and TV series, and is perhaps known best for having starred as Liv Rooney in the family comedy series “Liv and Maddie: Cali Style”. Created by John D. Beck and Ron Hart, it also stars Joey Bragg and Tenzing Norgay Trainor, and follows Liv who has just returned to school, as her TV show has ended, and Maddie who’s the school’s basketball star, who has become less popular now that Liv has returned; the series aired from 2013 to 2017, and won one of the 11 awards for which it was nominated.

Dove studied at Sakai Intermediate School, and was eight when she began appearing in plays performed at a local theatre.

She moved to Los Angeles when she was 14, and enrolled at a high school there; she’s stated that she was bullied during her entire education. Following her father’s death, she changed her name to what it is today, because her father used to call her ‘Dove’.

In 2007, Dove appeared in the production of “Les Miserables” performed at Bainbridge Performing Arts, followed by her lead role in the production of “The Secret Garden”. She launched her career in the music industry on 27 August 2013, when she released her cover of the Imagine Dragons’ song “On Top of the World”. Her debut single – “Better In Stereo” – was released on 15 October 2013 through Walt Disney Records, and it topped the Billboard Kid Digital Songs Chart.

Posted by The Girl and the Dreamcatcher on Wednesday, April 21, 2021

In 2015, Dove appeared in the action comedy movie “Barely Lethal”, while a couple of her following roles were later in 2015 in the musical fantasy comedy movie “Descendants”, the 2018 comedy movie “Dumplin’”, and the 2021 musical comedy series “Schmigadoo!”