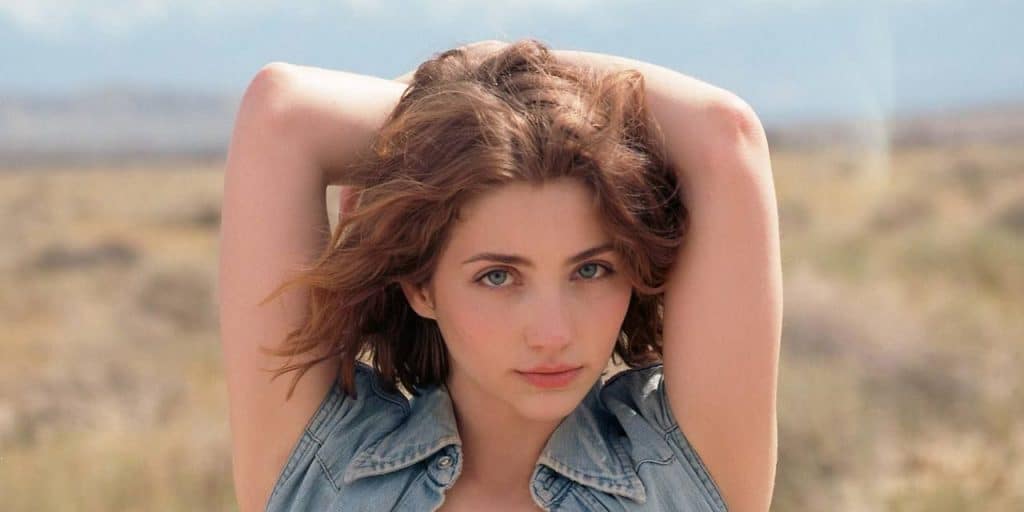 The young actress who rose to stardom through her role as Cindy Berman in the “Fear Street” trilogy, Emily Ellen Rudd was born under the zodiac sign of Pisces on 24 February 1993, in Saint Paul, Minnesota USA; she holds American nationality, and her ethnicity is Caucasian. She’s an actress with over 25 credits to her name, perhaps known best for her mentioned role in the Netflix horror movie – her appearance in the first movie “Fear Street: Part One -1994” was uncredited.

Emily was raised in Saint Paul alongside her brother and two sisters, by their parents, although she hasn’t disclosed their names and occupations.

According to her Instagram posts, she has a great relationship with her siblings and parents, she often posts photos featuring them – the most recent was a photo of herself and her father coming home from fishing that day.

She attended a local high school, and upon matriculating in 2011, she enrolled at the University of Minnesota, graduating with a Bachelor’s degree in Theatre Performance in 2015.

Is she related to Paul Rudd?

The famous American actor, Paul Rudd, known for his roles in “This is 40”, “Clueless” and “Knocked Up”, was born in Passaic, New Jersey into a Jewish family – their original surname was Rudnitsky before his grandfather changed it to Rudd, so it’s clear that he isn’t related to Emily Rudd.

Emily made her first appearance on television in 2018, in an episode of the series “Electric Dreams”, followed by her role as Ella Hopkins in “The Romanoffs”, before she was cast to play Heidi in “Dynasty”, a spin-off from the eponymous soap from the ’80s, starring Rafael de la Fuente, Robert Christopher Riley and Elizabeth Gillies, in 2020.

In the following year, Emily made an appearance in “Hunters”, acting alongside Al Pacino, Lena Olin and Logan Lerman in this mystery crime drama, and her fans will be happy to hear that she is now filming for the new Netflix series entitled “One Piece”, starring alongside Inaki Godoy and Mackenyu.

Emily made her acting debut in the 2014 short movie “Secret Santa”, followed by her role as Veronica in “Eye for an Eye: A Séance in VR” before she was cast to play Miranda in “Sea Change” in 2017, starring alongside Skyler Maxon and Keenan Tracey.

In the following years, she made appearances in a few short movies, such as “House Mother” and “Harper Shadow”, before her uncredited role in the first part of the “Fear Street” trilogy, in 2021.

This was her most recent role in the movie industry, but her fans are hoping that it isn’t the last one, since she’s shown her well-developed acting skills.

There were various rumors concerning Emily’s love life, however, she hasn’t spoken about her previous relationships, but she shared with her fans that she’s in a long-term relationship with her boyfriend, electronic dance music producer Justin David Blau, also known as 3LAU.

He was born on 9 January 1991, in Syosset, New York State USA, but was raised in Las Vegas, Nevada, and is known as the owner of the first not-for-profit dance music label, so profits from all of his songs are going to various charities.

The two started dating back in 2015, and everything seemed to be great, however, sometime at the end of 2021, rumors started about them splitting up. Emily and Justin haven’t confirmed if they had broken-up or not, but surely something is happening since they both deleted their joint pictures from their Instagram accounts.

As of January 2022, it is assumed that Emily is single, she hasn’t been married or engaged, and doesn’t have children.

Besides acting, Emily enjoys modeling and dancing; she participated as a dancer in various music videos for artists such as 3LAU, Brandon Flowers, Royksopp, The Paper Kites, Skrillex, and Justin Bieber.

As a model, she has a partnership with a famous fashion house, Marc Jacobs.

She’s active on social media networks, and her Instagram account has been followed by nearly 1.5 million fans, while her Twitter has gained over 95,000 followers. She mostly posts updates about her work, and some photos featuring her everyday life.

Emily is an animal lover with dogs being her favorites, and she has a pet dog. Her second most favorite animals are horses; she used to ride when she was younger, and spent her summers in horse riding camps.

She’s into sports, having practiced karate in high school, and nowadays she does aerobics and yoga; she works out at the gym three to four times per week, and in the mornings she goes running.

Emily is into traveling, and has visited several US states, but also traveled to Europe; her favorite travel destination is Athena, Greece, while she’s dreaming of visiting Istanbul, Turkey.

In her spare time she likes to read, and her favorite writers are Leo Tolstoy and Fyodor Dostoevsky, while her favorite books are “Anna Karenina” and “Crime and Punishment”.

Emily is also a big fan of movies, and some of her favorite actors are Nicolas Cage, Meryl Streep and Jack Nicholson, while her favorite movies are “As Good as It Gets”, “The Bridges of Madison County”, and “Left Behind”.

She is also a big fan of anime, and some of her favorites are “Attack on Titan” and “Tokyo Ghoul”.