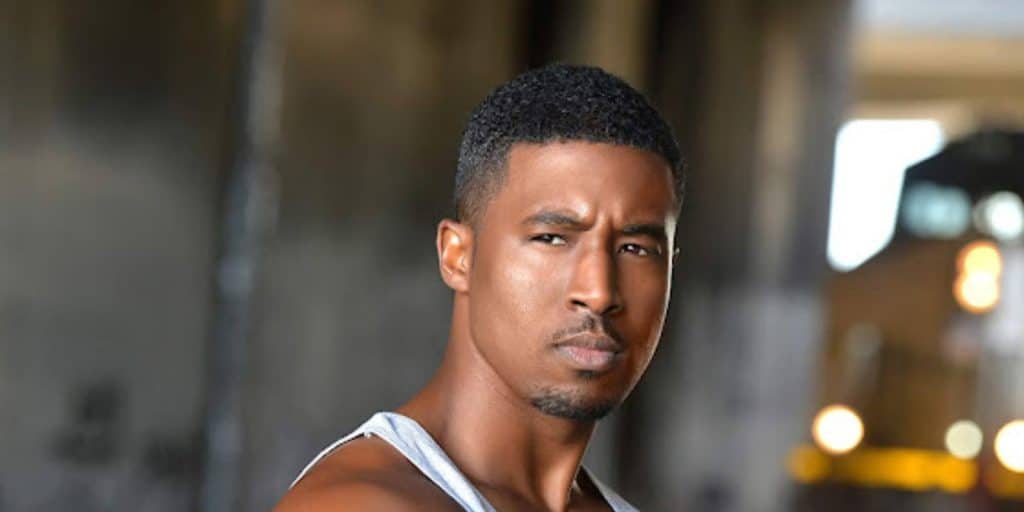 Brooklyn-born actor, Gavin Alexander Houston came into the world on 10 December 1977, but grew up in Teaneck, New Jersey. Gavin is best known for his role as Jeffrey Harrington in “The Haves and the Have Nots,” a primetime television soap opera on the Oprah Winfrey Network (OWN), a role he’s been holding since 2013.

He’s also guest-starred in several famous television shows, such as “Shameless” in 2011 as Officer Paul Sikes, as Ed Benson in “Grey’s Anatomy” in 2018, and in “Roswell, New Mexico” as Theodore in 2021.

Gavin and his older sister Tonza, were raised by their parents Colette and Lloyd Houston; he doesn’t have any other siblings, but appears to be still close with his family, which is of Brazilian and Guyanese descent. Following his graduation from the University of Florida, where he studied theatre, he attended the Manhattan Theatre Club in New York City.

Gavin started his acting career in 1992 as a child actor, when he appeared in an episode of “The Cosby Show,” and a few commercials. Before playing Jeffrey, he portrayed Remy Boudreau from 2002-2006 in another daytime soap opera, “Guiding Light,” which appeared on Columbia Broadcasting System (CBS).

Gavin’s career also contains several guest appearances. In 2007, he played Rick in the American comedy television series, “The Singles Table” in the episode entitled “The Emergency.”

The following year, he appeared as Paul in the episode “Credit Check” of the “Wizards of Waverly Place,” and that same year, he played Vince in the “Rewind” episode of “Without a Trace.”

In 2010, he had the recurring role of Sly Thomas in “General Hospital,” while 2011 was a very busy year for Gavin, playing Mike Chase in the film entitled, “Spy,” Tony Foster in five episodes of “The Bay,” and a Sailor in “The Rum Diary.”

He returned to films during his time playing Jeffrey Harrington from 2013 to now. In 2014, he played Blake in the Lifetime film “Presumed Dead in Paradise,” vocal icon Kenny ‘Babyface’ Edmunds in the 2016 Lifetime biopic movie “Toni Braxton: Unbreak My Heart,” and Lance in the TVOne Movie “The Secret She Kept,” which also premiered in 2016.

As mentioned, the role Gavin is best-known for is Jeffrey Harrington – in the Tyler Perry-created series “The Haves and the Have Nots,” his homosexual character showcases the struggles many queer people – especially those of color – are forced to endure. He fears that his emotional vulnerabilities and sexuality will combine to lead to his ultimate downfall. To make matters worse, Jeffrey’s mother doesn’t accept his sexuality, though luckily for the character, his father is supportive.

Due to Gavin’s “The Haves and the Have Nots” character, Jeffrey, being gay, many people wonder if Gavin is gay in real life. His insistence in keeping his personal romantic life private only helps to fuel these rumors.

He has never opened up about his sexuality or relationship status, so we don’t know if he is indeed gay or even in a relationship with anyone. From the information available online, it seems that he has never been married, and is currently single.

However, there have been hints of a relationship with a female. In November 2016, Gavin tweeted about himself and his girlfriend being interested in leading healthy lifestyles, wherein they prioritize fitness and healthy eating, “My girlfriend started her diet & is looking great.” He elaborated further in the Twitter thread, “… low calorie [meals]. Watching portion size. Watching sodium and sugar content. Mainly protein and green veggies.” It is therefore safe to assume that Gavin is in fact not gay. Further evidence is that he has never publicly identified as homosexual, bisexual, or being part of the LGBTQ+ community at all.

He is probably an ally, seeing as he is comfortable portraying a gay character, and seems to do it very well.

In 2018, he posted photos to Instagram of himself with Leigh Lowery on vacation, showing them sunbathing in the pleasure of a rooftop infinity pool. He captioned them, “Enjoying my time with Leigh in Puerto Vallarta, Mexico.” About a month earlier, Leigh posted a photo to her own Instagram account of a man kissing her cheek, but it was not clear who the man is. Since then, Gavin has deleted the post from his account, indicating that the pair may have broken-up in the meantime.

He has confirmed that he has a daughter named Zoey, but it’s not known if her mother is the woman mentioned in his tweets above, or someone else. He’s emphasized that being a father is very important to him – in 2013, he tweeted about his daughter being twelve-years-old, but nothing else is known about her – aside from that one tweet, he hasn’t posted her on his social media accounts, and has successfully shielded her from any and all paparazzi photos. She appears to be his only child.

Gavin currently resides in New York City with his daughter. He occasionally lives elsewhere, when his job calls for him to move for months at a time.

Gavin is 6ft 1in (1.85m) tall. He has black hair and dark brown, almost black eyes. His exact weight is unknown, but due to his healthy lifestyle, he has a fit, broad build and is in good shape. Fans agree that he looks good for his age, often surprising people when they find out he’s in his 40s.

According to Celebrity Net Worth, his net worth is around $1 million as of early 2021, thanks to his many years of working in acting since the early 2000s, during that time appearing in a number of well-known shows, which pay better than others.