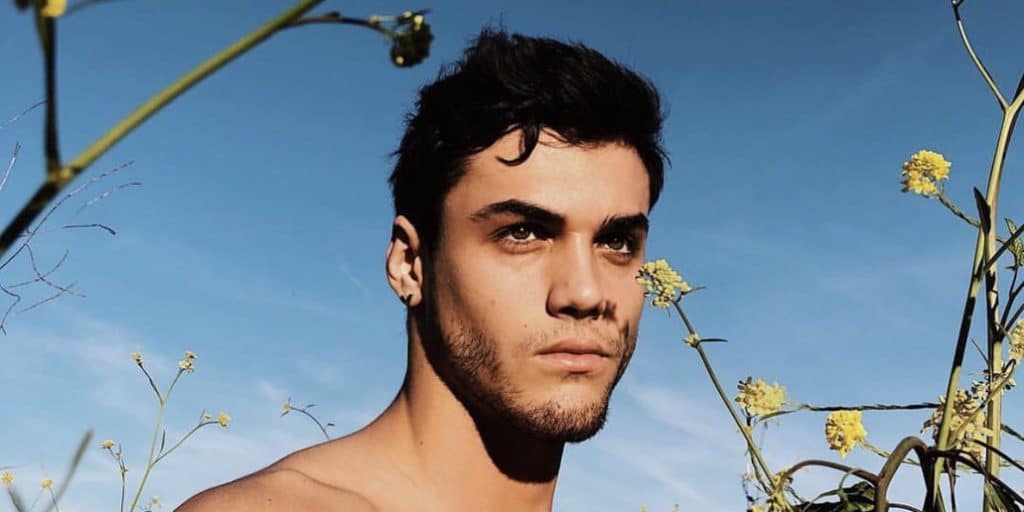 Who is Grayson Dolan dating? Girlfriend or gay? Height, Tattoo

Who is Grayson Dolan?

Grayson Dolan is one half of the immensely popular YouTube channel the Dolan Twins, with his brother Ethan. They launched the channel in 2014 and have since become social media stars.

Grayson Bailey Dolan was born on 16 December 1999 under the Sagittarius zodiac sign, in Long Valley, Washington Township, Morris County, New Jersey. He is the son of Sean Dolan, a former New Jersey School Superintendent, who sadly passed away on 19 January 2019 from cancer, and his wife Lisa.

In addition to a twin brother, Grayson has an older sister Cameron Dolan, and Instagram and Vine Star. The twins grew up in their hometown, and went to West Morris Central High School.

The duo became interested in making funny videos while in high school, and before YouTube, they started their career on the video-sharing platform Vine. Thanks to their comedic take on life, they attracted over 6.4 million followers on the aforementioned platform, and in March 2014 the two started a YouTube channel.

Their first video – “The Blender Challenge” – was uploaded the same year, and now has now been viewed over five million times. The two continued in the same fashion, uploading such videos as “What Are You Touching My Face With?”, “Speed Eating Impossible Food”, and “Life As Conjoined Twins”. The two were becoming rather popular in the YouTube community, and began collaborating with other YouTube celebrities. Brian Robbins, the founder of YouTube multi-channel network AwesomenessTV, a saw their meteoric rise to stardom, and signed them to his network in 2015.

2016 was the turning point in their career – the two won the People’s Choice YouTuber Award and Choice Web Star at Teen Choice Awards, went on a world tour 4OU, and were a part of the Twitter ad campaign for the social network’s new stickers feature. They amassed a large following in a short time, reaching around 11 million subscribers by 2018 before they announced that they would go on hiatus. This only lasted from 27 March until 1 May 2018, and in June 2018, the two created The Sister Squad, with YouTube stars, James Charles and Emma Chamberlain.

The newly formed quartet uploading videos simultaneously on their respective channels, on 19 June, 28 August, 31 October, and 25 December. Thanks to their success, they received a 2019 YouTube Ensemble Shorty Award nomination.

Unfortunately, since the death of their father, the twins were never the same again. Later that year, they uploaded an hour-long video entitled “It’s Time To Move On…”, in which they talked about how their father’s death affected them, and their intention to change the content and start focusing on other interests. They launched the podcast “Deeper With The Dolan Twins”, however, the death of their father and the change in them started to affect Grayson’s mental health, and in January 2021, the famous duo confirmed that they would no longer be making new YouTube content. They made the surprise announcement through their podcast, and both Grayson and Ethan then disappeared from social media.

His last update was made in May when he uploaded a picture of himself with his dog on Instagram.

When it comes to his personal life, Grayson has had several high-profile relationships since becoming a social media star. Back in 2014, he was in a romantic relationship with Vine star Sofia Olivera, however, their romance didn’t last long and Grayson moved on with another Vine star, Chloe Alison.

Since then, he was rumored to be dating singer Olivia O’Brien in 2018, and even beauty guru and YouTube star James Charles, however, neither of the two relationships was confirmed.

Moreover, in 2019 he was rumored to be in a relationship with model Elizabeth Seward, but it seems that Grayson is currently single, and focused on finding himself, and his new life path.

As of late 2021, Grayson Dolan’s net worth has been estimated to be around $3 million, earned through his career as an online content creator.

Grayson is rather active physically, and has been a wrestler for years, winning a local wrestling competition held at the Madison Square Garden. Moreover, he played football in school, and can now be seen in the gym several times a week on a late-night workout, maintaining his figure.
Moreover, in his free time, Grayson enjoys going out skateboarding and surfing.

He is an avid animal lover, and has received the ‘Most Inspiring Act of Kindness to Animals’ award at PETA’s 2020 Libby Awards, as he rescued a drowning duckling from a lake. He has a pet dog named Sledge.

Grayson is the younger of the two as Ethan was born 20 minutes earlier. During his high school years, Grayson was bullied, but has found his solace in comedy and sport.