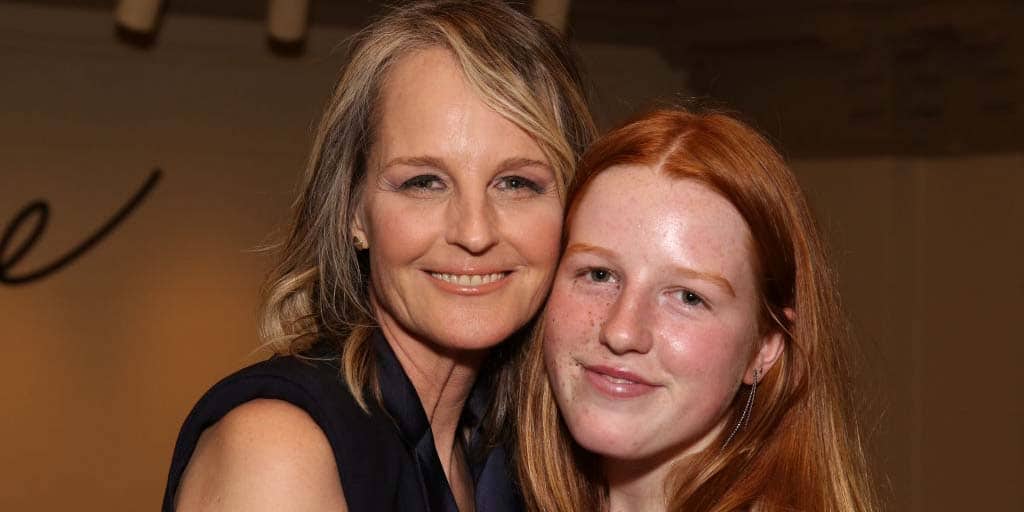 Who is Makena Lei Gordon Carnahan?

Makena Lei Gordon Carnahan was born in Los Angeles, California USA, on 13 May 2004 – her zodiac sign is Taurus, and she holds American nationality. She’s an actress, but who’s probably known best for being the daughter of the famous American actress and moviemaker Helen Hunt, and the American film writer, producer and director Matthew McNair Carnahan.

Makena is being raised as an only child in Los Angeles, by her parents who separated in 2016, and divorced in the following year; it’s said that they’re both involved in her upbringing. She has a paternal half-brother Emmett Carnahan, who was born in 1998.

Makena became interested in acting at a very early age, mostly because her parents enjoyed taking her onto their movie sets.

Posted by ThecityCeleb on Friday, December 10, 2021

She expressed her wish to become an actress when she was eight, and her mother thus enrolled her at acting school. Upon enrolling at a local high school in Los Angeles, Makena joined its drama club, and started appearing in plays performed both at the school, and at a local theatre.

She should be matriculating in 2022, and it’s believed by many that Makena won’t be pursuing a college degree, but will focus on making her way up in the film industry.

Makena has three acting credits. In 2014, she played the supporting character Young Girl on ‘Plane in the popular comedy movie “Ride”, written and directed by her mother Helen, who also starred in it alongside Brenton Thwaites and Luke Wilson.

It follows a mother who has travelled across the country to be with her son, because he’s decided to leave school and focus on becoming a professional surfer.

Makena played Ruby in the 2018 sports drama movie “The Miracle Season”, directed by Sean McNamara, and which starred her mother Helen, Erin Moriarty and William Hurt. The film follows the girls who are members of their high school’s volleyball team, and who are trying to cope with the death of the team’s star Caroline ‘Line’ Found; it was nominated for a single award.

Makena’s only other role has been her portrayal of Shannon, in the 2019 episode “Happy Birthday, Bon Voyage, Goodbye for Now” of the critically acclaimed romantic comedy series “Mad About You”, created by Danny Jacobson and Paul Reiser, and which starred her mother Helen, Paul Reiser and John Pankow.

It follows a married couple who are living in New York, aired from 1992 to 2019, and won 53 awards, including 12 Primetime Emmys, while it was nominated for 91 other awards.

Makena is highly secretive when it comes to her love life, and hasn’t spoken of any boys (or girls) whom she has perhaps been with. This is why there are rumors circulating the internet, concerning Makena’s sexual orientation, and her current relationship status.

Some of her parents’ fans believe her to be a lesbian, and this to be why she hasn’t spoken of her relationships with boys, and hasn’t been seen with any in public. There is also a fan who has claimed to have seen Makena kissing her girlfriend, but no evidence has been provided to support these claims, nor has Makena addressed the rumors.

There are also some who think that she’s today perhaps in a relationship with her high school sweetheart, but this hasn’t been confirmed either; unsurprising as he’s still just 17.

As of December 2021, Makena seems to be unattached.

Makena is a huge dog-lover, and she has a three-legged pet dog, which can be seen featured in many of her parents’ Instagram pictures.

She has fallen in love with travelling, and her parents have taken her with them during their travels around the US, while Makena has apparently also been to several European countries, including England and Italy.

She’s quite sporting, and is playing a couple of sports at her high school, including volleyball and soccer.

Makena likes to read, and her favorite books are “A Song of Ice and Fire” by George R. R. Martin, and the “Harry Potter” series by J.K. Rowling.

She enjoys watching movies late at night – her favorite actor and actress are Eddie Redmayne and Emma Watson, while a couple of Makena’s favorite films include the franchise “Harry Potter”, “Fantastic Beasts and Where to Find Them”, and “The Perks of Being a Wallflower”.

Who is her father, Matthew Carnahan?

Matthew McNair Carnahan was born in New York State on 6 February 1961 – his zodiac sign is Aquarius, and he holds American nationality. He has more than 10 writing and producing credits, and is probably known best for having written all 58 episodes of the critically acclaimed comedy series “House of Lies”. It aired from 2012 to 2016, starred Don Cheadle, Kristen Bell and Ben Schwartz, and follows Marty Kaan and his team of management consultants, as they’re persuading CEOs of successful companies to work with them; the series won seven awards, including a Primetime Emmy, while it was nominated for 33 other awards.

Matthew was raised in New York State by his parents, about whom nothing’s known, as he respects their privacy; he hasn’t mentioned having any siblings, and is thus believed to be an only child. He became interested in making movies while attending a local high school, and upon matriculating in 1979, Matthew enrolled at New York University, from which he graduated with a Bachelor of Arts degree in 1983; he also studied at the Neighborhood Playhouse School of the Theatre.

It took Matthew 13 years of working in the film industry to gain some attention, after he wrote the 1996 short comedy film “Mailman”, and which was nominated for a Torino International Festival of Young Cinema Prize of the City of Torino for Best Short Film. He then wrote the 1997 horror thriller movie “Black Circle Boys”, all the nine episodes of the drama series “Trinity” in 1999, and the 2003 action crime movie “The Edge”.

Besides “House of Lies”, Matthew is also known for having written all 20 episodes of the drama series “Dirt” aired in 2007 and ‘08, and six episodes of the 2019 historical series “Valley of the Boom”.

Who is Makena’s mother Helen Hunt?

Helen Elizabeth Hunt was born in Culver City, California USA, on 15 June 1963 – her zodiac sign is Gemini, and she holds American nationality. She’s appeared in more than 100 movies and TV series, while she’s perhaps still known best for her portrayal of the lead character Carol Connelly, in the 1997 romantic comedy movie “As Good as It Gets”. Written and directed by James L. Brooks, it also starred Jack Nicholson and Greg Kinnear, and follows a gay artist, a misanthropic author and a single mother, who have become friends; the movie won 40 awards, including an Oscar for Best Actress in a Leading Role for Helen, and another Oscar for Best Actor in a Leading Role for Jack Nicholson.

Helen was raised in Culver City alongside her sister Colleen Hunt, by their father Gordon Hunt who was a film director and acting coach, and their mother Jane Elizabeth (nee Novis), who was a photographer. The family moved to New York City when Helen was three years old, and while growing up she was mostly interested in ballet and acting. She matriculated from a local high school in 1981, and then enrolled at the University of California, Los Angeles, graduating with a Bachelor’s degree in 1985.

Helen launched her acting career before she turned 10, and gained some recognition in 1977, with her portrayal of the daughter of the main character in the disaster movie “Rollercoaster”.

The first important role in her career was her portrayal of the lead character in the 1984 science fiction action movie “Trancers”, while some of her other notable performances in the ‘80s were in the 1985 romantic comedy film “Girls Just Want to Have Fun”, the 1986 fantasy comedy movie “Peggy Sue Got Married”, and the 1989 action thriller film “Next of Kin”.

In 1996, she starred alongside Bill Paxton in the epic disaster movie “Twister”, which was the second-highest grossing movie of the year.

One of her most recent roles has been her portrayal of the supporting character Rainey, in the 2021 crime comedy series “Blindspotting”.

For her acting skills, Helen has won 47 of the 114 awards for which she’s been nominated.