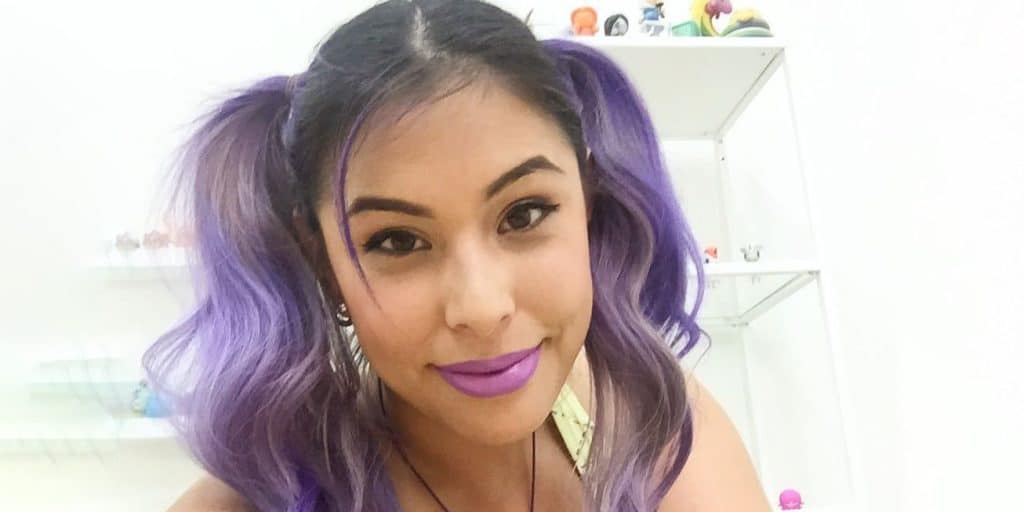 Tiffany Michelle Herrera – aka iHasCupquake – was born in Los Angeles, California USA, on 19 March 1988 – her zodiac sign is Pisces, she is of Hispanic ethnicity, and holds American nationality. She’s a YouTuber and a social media star, known for her gaming, cosplay and DIY (do-it-yourself) videos.

Tiffany grew up in Los Angeles, alongside her older brother Anthony. She briefly modeled clothes as a child, but didn’t stick with it because she didn’t want to miss school. She was very active during her childhood, and participated in many extra-curricular activities, such as ballet, swimming and softball.

After matriculating from a local high school in 2006, Tiffany enrolled at California State University. During her time there, she worked as a lifeguard at a pool, and then started her internship at Cartoon Network. She graduated in 2011, with a Bachelor’s degree in fine arts.

Tiffany launched her YouTube channel on 20 August 2010, uploading her first video in November the same year. In the beginning, she mainly posted videos of her “Girl Gamer Talks” and “Minecraft with Cupquake” video series, along with her gameplays of “World of Warcraft” and “League of Legends”. As she grew a fanbase of her own, she started collaborating with other gaming YouTubers, such as SlyFox with whom she worked on the “Minecraft: It’s Better Together” and “Dead Island” videos series.

After her “Minecraft: Oasis” gameplay series went viral on YouTube, Tiffany’s channel reached a wider audience, and by the end of 2013 numbered more than a million subscribers. In the following months, she started releasing more content related to “Minecraft”, which was met with criticism from her fans, who wanted to see her play a wider variety of video games. In her “Farewell Enchanted” video from November 2014, she addressed the issue, and promised to widen out her content to other titles, although she said that she still enjoyed playing “Minecraft”.

Also in 2014, Tiffany was nominated for a Teens Award in the Webstar Gaming category, but ended up losing to PewDiePie. In 2018, she was included in the “Guinness World Records: Gamer’s Edition”, for holding the record for a female games broadcaster with the highest number of views on YouTube.

Tiffany is known for her bubbly sense of humor and great gaming skills. Her videos are generally considered to be kid-friendly, as she is one of the rare gaming YouTubers who doesn’t use swear words. As of October 2021, her channel numbers almost seven million subscribers, while her videos have been viewed almost three billion times. Her most popular video is “Five Nights at Freddy’s Animated short”, which has amassed over 92 million views since it was uploaded in November 2014.

In the past few months, Tiffany switched up her content in favor of more art and DIY videos, which surprised many of her fans, who were mostly interested in her gameplays. In response, she uploaded the “why i stopped gaming” video, in which she explained that she wanted to spend less time playing video games, as she realized that gaming started taking over too much of her time, following the death of her pet dog, Ruby.

‘When Ruby passed away, it really put things into perspective for me (…) I think I was doing too much gaming, there was a point where I would feel like I was just wasting away’, she revealed.

iHasCupquake is not Tiffany’s only channel on YouTube. In 2013, she created a lifestyle channel called TiffyQuake, on which she posts non-gaming related DIYs, vlogs and review videos. It numbers more than 1.3 million subscribers and almost 40 million views.

She also manages an animation channel called CupquakePlays, a livestream channel iHasCupquakeLive, and has three channels with her husband, called Mario & Triffy, ToyBoxCollectibles and ToyBoxPets.

Tiffany launched her Twitch channel on 14 June 2011, but wasn’t very active on the platform prior to 2016. She usually streamed her gameplays of popular titles, such as “Animal Crossing: New Horizons”, “Minecraft” and “Among Us”, while she also does streams, during which she rather talks with her audience, or makes art.

Her channel is followed by some other big names on Twitch, including JackManifoldTV, Luzi, and TheMavShow. She was fairly active on the platform in the past, as she did livestreams at least three times per week, however, as she had previously stated in the “why i stopped gaming” YouTube video, she is taking a break from playing video games. and consequently doing Twitch streams, which means it might take a while until her fans see her on Twitch again.

Her channel numbers more than 245,000 followers, with over two million views.

Tiffany fulfilled her longtime dream of launching a clothing line on her 30th birthday, 19 March 2018. The first collection was created in collaboration with the visual artist Heather, and featured Halloween-inspired clothing items. All the garments are made locally in Los Angeles, and feature cute designs produced by Tiffany.

In 2021, she launched her newest collection in collaboration with fellow YouTuber, Strawburry17, which includes various clothing items, such as hoodies, T-shirts and socks.

Tiffany has been married to the YouTuber, Mario Herrera – aka Red or redb15 – since May 2012. The two started dating in college, and while Tiffany’s career on social media was taking off, Mario worked at the video game company, Machinima. He quit his job in May 2013, so that he could help his wife run her YouTube channels.

He has featured in a lot of her videos, particularly in the “Cloud 9”, “Noobyweds” and “Husband vs. Wife” series. He has also launched his own YouTube channel, but hasn’t been able to match Tiffany’s popularity.

Tiffany is one of the top 2,000 content creators on YouTube, when it comes to the number of subscribers.

It’s estimated that YouTubers earn between $0.25 and $4 per 1,000 views, and since Tiffany’s content is family friendly and rarely gets demonetized, it’s safe to assume that she’s on the higher end when it comes to her income. Her videos amass around 3.5 million views each month, which means she’s able to make up to $14,000 from YouTube ads alone. Furthermore, she has also done sponsorships for various brands, which adds around $10,000 to her monthly income.

She has two pet cats called Navi and Link, and had a pet dog called Ruby, which passed away on 4 June 2021.

Tiffany has often changed her hair color in the past few years, ranging from natural brown to vibrant shades of purple, red and blue.

Been trying out some new hairstyles lately. Loving this center part 💖 pic.twitter.com/G6f6aiBXON

She received a custom book from YouTube, featuring some of the comments her viewers left under her videos, with accompanying illustrations.

In 2010, she appeared as a contestant on the TV game show “Wipeout”, which has been airing on ABC since 2008, and features a very difficult obstacle course which the contestants try to pass to win a cash prize. Tiffany didn’t pass the first course and win any money, but she apparently still had fun on the show.

As of October 2021, her net worth is estimated at more than $9 million.