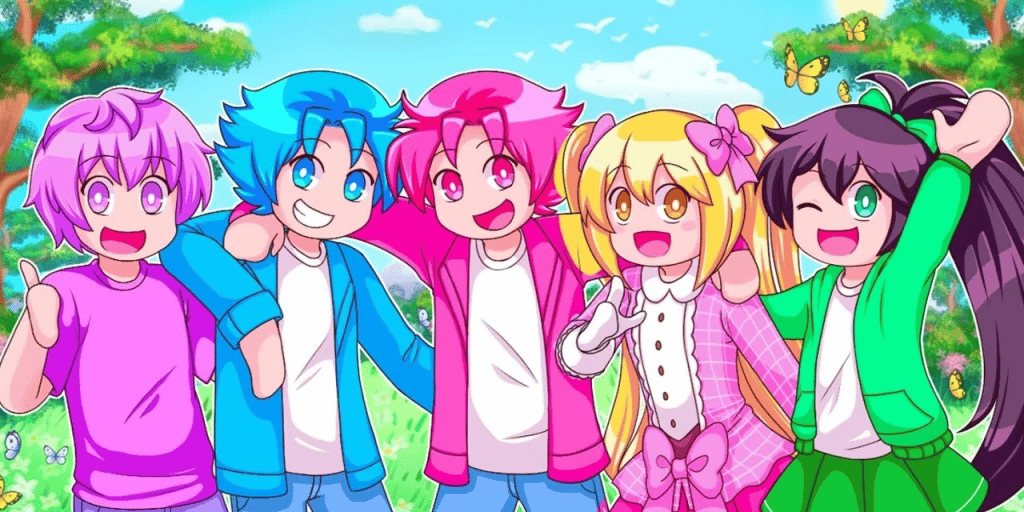 Who is InquisitorMaster in real life? Real Name, Age, Net Worth

Alexandra Jennifer Teran – professionally known as InquisitorMaster or Alex Einstein – is a social media personality, gamer, and YouTuber, who gained popularity streaming “Roblox” games on her YouTube channel. She was born under the Zodiac sign Taurus on 1 May 1994, in Dallas, Texas, USA, so as of 2021, she’s 27 years old, and holds American nationality.

Not much is known about her parents, background, and early life. Growing up, she always displayed an interest in playing games. While attending elementary school, she entered a “Halo” game tournament, and landed in 3rd place.

Regarding her education, she matriculated from high school, then focused on her career as a social media star and YouTuber.

Having a knack and passion for games and social media, she launched her first YouTube channel, “The Little Joker”, when she was in elementary school. However, she was heavily bullied for her content, so deleted it. Before launching her second channel, InquisitorMaster, in 2014, she worked at a flea market and a candy store.

She often films videos with her friends, whom she calls “The Squad”, consisting of seven members – Alex, Jaxx, Light, Charli, Sora, Luca, and Levi.

Some of her most-viewed videos include “Her Prom Date Didn’t Show Up”, “My Bully Snuck Her Boyfriend in Our Dorm”, and “Breaking Up Couples in Roblox”. Attracting predominantly younger audiences, her unique sense of humor and funny personality served her well, when it comes to her career on YouTube, as she has amassed quite a huge fan base. Her channel currently has over 9.2 million subscribers with nearly five billion views. She is very active, and posts several videos daily.

In 2019 she launched her second YouTube channel, “Princess Alex”, which is aimed at audiences over 13 years old. At the moment, this channel boasts 1.6 million subscribers with over 150 million views. She mostly posts similar content to her “InquisitorMaster” channel, with occasional story-time videos and video blogs.

In November 2021, she announced that she would give her voice to Pancake Cookie in the video game entitled “Cookie Run: Kingdom”. In her Instagram post, she wrote: ‘It is a dream come true, and it is all because of you. Thank you so much for your support over the years. I cannot wait for the future!’

When it comes to her dating history, in 2017, she dated fellow YouTuber Marcus Peterson, but they broke up after a couple of months as he was located in England and InquistorMaster lived in the US, so they amicably decided to break it off and remain friends.

During the same year, she began dating another YouTuber, Zachary “Zach” Todd, who was featured in several of her videos such as “BOYFRIEND BUYS MY HALLOWEEN COSTUMES!” and “Put Pink Hair Dye in His Shampoo… (He got mad)”. They even launched the mutual YouTube channel entitled “Zalex”, on which they both played “Roblox”. However, they officially broke-up in June 2021 – rumor has it that one of InquisitorMaster friends named Gaby, who occasionally appears in her videos, had a “digital” kiss with Zach while playing “Roblox”.

According to reports, Zach was not just unfaithful to InquisitorMaster in “Roblox” but also in real life.

After their break-up, Inquisitor Master posted on Instagram “Getting Cheated on has been so damaging to my mental health. I wondered why I wasn’t good enough. Being in an extremely toxic and abusive relationship has given me so many anxiety attacks. I fell in love with someone who constantly hurt me”. She added that all of the videos on his and her channel, which show romantic trips and gestures, were all planned by InquisitorMaster so that she could portray their relationship differently from what it really was.

Additionally, following the bitter end of their relationship, Zach formed his new squad (he was previously a member of InquisitorMaster’s Squad), and Gaby, the girl with whom Zach allegedly cheated on InquisitorMaster, joined his squad.

In 2019 she was highly criticized by other YouTubers for centering most of her roleplays around online dating, which is against the rules of “Roblox”. The main goal of this social platform and game is to create an environment for expressing creativity, making online friends, and communicating. However, it’s not meant to be used as a dating site, or to promote online dating, given that a large number of Roblox users consist of children and teenagers. She remained silent on the subject, and during the same year, “Roblox” made her and Zach host the Bloxy Red Carpet event, adding an unusual twist to the story.

InquisitorMaster has also launched her merchandise called “Shop With Misa”, which features a variety of items, including Squad plush toys, T-shirts, and hoodies.

As of 2021, her estimated net worth is around $7 million, which she’s acquired through her YouTube channels and paid advertisements. She additionally earns through her merchandise, collaborations, and brand affiliations.

InquisitorMaster is 5ft 2ins tall (157cm), weighs around 110lbs (50kgs) with vital statistics of 32-24-33. Even though she likes to experiment with hair dyes, her natural hair color is brown, further adorned with brown eyes. At the moment, her hair is blonde.

She has a very interesting fashion style which can best be described as a crossover between lovable kawaii fashion and gothic/dark apparel.

As a huge fan of cosplay, she often posts her outfits on Instagram. Recently, she dressed up as a character from “Harry Potter”.

Besides PC games, she has also played Nintendo, Playstation, and Xbox.

InquisitorMaster is an avid animal lover, and has two pet dogs and a pet cat.

One of her favorite TV shows is the post-apocalyptic zombie series “The Walking Dead”, and she’s even had the opportunity to meet most of the cast, including David Morrissey, who plays the main villain named the Governor.