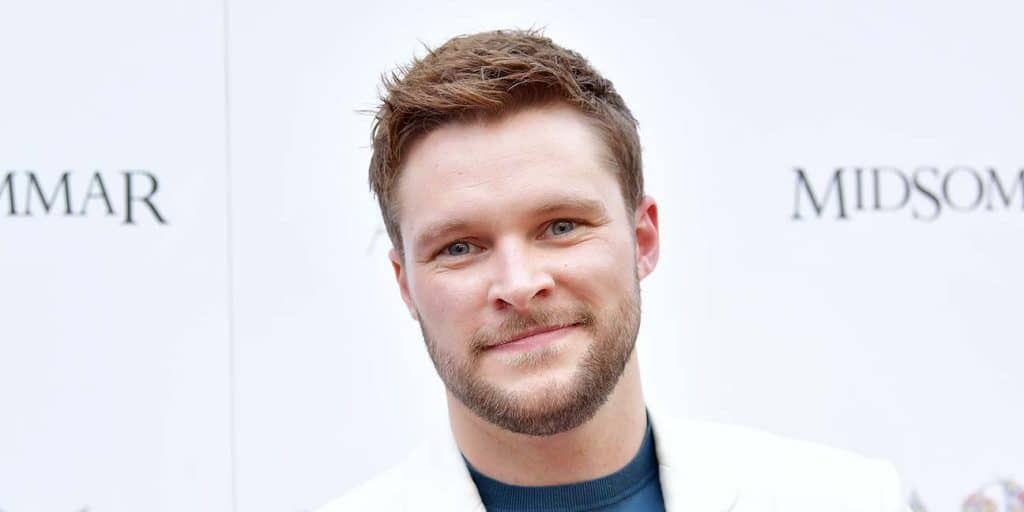 Who is Jack Reynor from “Midsommar”? Height, Wife, Net Worth

Who is Jack Reynor?

Jack Reynor is an actor of Irish descent, born in Longmont, Colorado, USA, on 23rd January 1992. The award-winning Aquarian has worked alongside Florence Pugh and other young talents; he stands tall at 6ft (1.83m) and weighs about 172lbs (78kgs).

After attending primary school in his sleepy hometown, Jack enrolled in Belvedere College, an all-boys Voluntary Catholic School, and while there performed in theatrical productions. Notable former alumni include rugby players, historians, poets and politicians.

Jack’s first official acting credit came in 2000, when he played an altar boy in the heartfelt Irish film “Country”. A decade later, he was seen in the TV movie “Three Wise Women”, and two years afterwards, landed roles in TV-PG productions “Chasing Leprechauns” and the award-winning “Dollhouse”.

2013 was another good year for the future writer and director, as fans saw Jack in “Car Film”, “Cold”, and the feelgood comedy movie “Delivery Man”.

Just 21 years old at the time, the actor was already working with big industry names such as Vince Vaughn and Chris Pratt.

Before co-starring in “Midsommar”, Jack became a household name in his home country after starring in the 2014 production “Glassland” opposite Will Poulter and Toni Collette.

The rated-R movie was dubbed “the best Irish film in years”, was a box office success, and touched topics such as human trafficking and alcoholism. Jack played a downtrodden taxi driver who struggles to cope with his mother’s addiction, and accepts strange jobs from his boss to make extra money on the side.

The next year, Jack played Malcolm in historical drama “Macbeth”, directed by Justin Kurzel and which starred Michael Fassbender. Nominated in dozens of categories at prestigious ceremonies, the film went on to win an American Society of Cinematographers award, and a Golden Trailer award for Best Foreign Independent Movie.

In 2016, Jack played Harry in “Free Fire”, a crime comedy based in 1978 Boston. He also played Brendan in the critically acclaimed “Sing Street”, a drama based on a boy who starts a band to impress his mysterious crush.

On the verge of becoming a famous actor around the world, Jack did voiceover work on the 2018 version of “Mowgli”.

The release date was pushed back two years when Disney announced in 2016 that they would be remaking the animated film “The Jungle Book”; nevertheless, both movies performed well in their own right.

The professional opportunity of a lifetime was given to Jack when he landed the role of Christian in Ari Lester’s “Midsommar”. The horror production, with the ominous tagline of “Let the festivities again”, saw the main characters, which were comprised of promising young actors such as Vilhelm Blomgren and William Jackson Harper, travel to a remote Swedish village to celebrate the summer solstice festival. The film begins with Dani, played by Florence Pugh, being left traumatized after her bipolar sister kills their parents and commits suicide.

She decides to tag along with her self-centered boyfriend Christian, who has wanted to leave her for a long time, and his friends, when they mention going on a trip to Sweden.

Pelle, one of Christian’s friends, makes all the arrangements for the trip. When the group arrive at the Swedish village, they meet Pelle’s brother Ingemar and a British couple named Simon and Connie. After taking magic mushrooms, Dani becomes paranoid and passes out after running into the woods.

On the same day, the group celebrates Dani’s birthday, which Christian has totally forgotten. Things turn dark when the friends witness two elderly villagers throwing themselves off a cliff in a gruesome ritual; however, they are later persuaded to stay.

This results in the strange disappearances of members of the group until eventually, only Dani, Christian and Pelle are left.

Having been drugged by two villagers, Christian later has sex with one of the young female villagers, Maja, which Dani sees. She runs away and has a breakdown, while Christian is knocked out after discovering the corpses of two of his friends.

With the end of the rituals nearing, the villagers bring Christian and another young man before Dani, who has been crowned the May Queen after winning a maypole dancing competition. Tradition dictates that nine people must be sacrificed every ninety years: two elders, four outsiders, two volunteers, and whoever Dani chooses. After being cheated on, she chooses Christian for the sacrifice without hesitating.

In a particularly grizzly scene, the menfolk of the village disembowel a bear and place Christian, who has been paralyzed by a mysterious powder, inside its corpse. He is then burned alive while Dani watches and smiles.

Jack has been positive about his time on the set of “Midsommar”. Of the last scenes, he said in a 2019 interview: “The other thing that really drew me to the film was this awful sequence. The last 40 minutes where he suffers a horrific fate, and all of that toxic masculinity that he’s embodied throughout the film gets turned on its head”.

The good relationship between Jack and Florence and their off-screen chemistry in interviews led to some dating rumors, which both parties denied.

Since 2014, Jack has been engaged to the Irish fitness model Madeline Mulqueen. It’s been rumored that the couple, who have no children as of late 2021, secretly tied the knot in the last couple of years; however, there are no official reports which confirm the gossip.

Jack’s net worth is estimated at around $2 million, thanks to his lucrative roles in successful productions. The actor also dabbles in directing shorts from time to time, and has writing credits on small shows. Due to his varied streams of income, Jack’s net worth is set to increase in 2022.