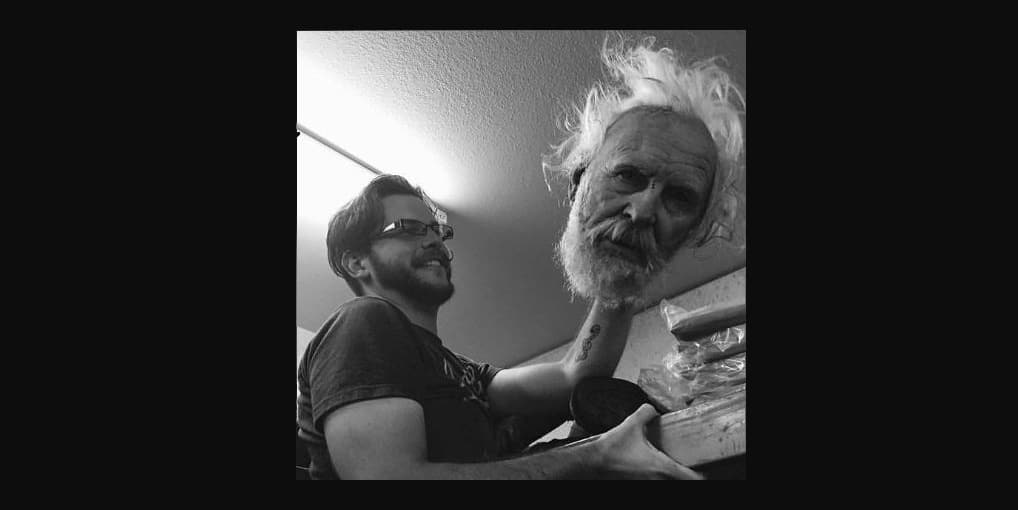 Born on 29th November 1988, in North Carolina, USA, James Benjamin Heltibridle was a production designer and art director known for his work on the popular AMC series “The Walking Dead”. James’s untimely death on 10th November 2016 shocked his colleagues and cut short his promising career after four years in the industry.

Although there is no information on James’s high school education, we know that the filmmaker graduated from North Carolina’s School of Arts. Notable alumni include actors Ryan Ashton, Susan Batten and Matthew Ashford.

James’s first project came in 2012, when he worked as an art director on a low-budget short film which was shot in his home state near the city of Asheville, working under the production designer. It was unglamorous work, with the whole Art Department working out of a rented truck and moving to various locations, but proved to be infinitely valuable as a way to gain experience.

In November 2013, James relocated to Annapolis, Maryland, and began working at Crate and Barrel as a part-time merchandise associate, maintaining merchandise in the stock room and store. The home furnishings retailer is a relatively small company, with around 5,000 employees around the States. A hard worker, James launched his own website, and posted a work reel to showcase his talents and network more easily in the industry. In 2013, he also posted an art direction reel on YouTube, which was viewed several thousand times. April of the following year brought another career change, as James began working as an interior design intern.

His responsibilities included using 3D models and volumetric designs to make communications between architects and clients easier, and generating survey drawings which would later be sent to local permit offices. Leaving Maryland behind in May 2015, James moved to the small city of Senoia, Georgia, and put in six months as a production assistant for Stalwart Films LLC, helping out by working with a small crew on special effects make-up. Although separating from family and friends was difficult, the move brought James a step closer to doing what he loved for a living. Things began looking up for the production designer when he was hired by Netflix in February 2016, working for the Creature Effects Inc and Spectral Motion Inc teams.

At this point, James was living in Atlanta’s Metropolitan Area, and was presented with many more professional opportunities; sadly, he was unable to enjoy them or long fdue to the fatal car accident that claimed his life.

James had little social media presence and no Instagram profile, although he was active on Twitter, and used the platform to discuss topics such as work and politics. We also know that the art director was a big fan of gaming and technology, and frequently entered online giveaways in the hopes of winning 3D movie projectors, PS4s, and MacBook Pros.

Geeked out & left my date in the dust for a minute to snag a selfie with @ChloeBennet4 at #TWDSeason6Premiere thanks pic.twitter.com/tQaIAX0p3G

Just months before working with the cast of “The Walking Dead”, James attended the show’s season six premiere, and took selfies with actors Norman Reedus and Chloe Bennet. In fact, James captioned his selfie with Chloe: “Geeked out & left my date in the dust for a minute to snag a selfie with @ChloeBennet4”, alluding to a possible love interest. Other interests of James’s included racing, as the artist attended the Import Alliance Spring Meet which took place in Hampton, Georgia, in April 2016. The multitalented creative was always looking for new things to do, and in the months prior to his death was perfecting the molding and casting skills which possibly helped him snag a job at Netflix.

Friends were also important to James, as snaps from 2012 and 2013 show the art director going to breweries and doing archery with his pals.

After leaving the set of “The Walking Dead”, James lost his life in a fatal car crash mere weeks before his 28th birthday. His former university posted about the heartbreaking incident days later, inviting fellow alumni to post online condolences to James’s family in the comments section, and providing a link to his obituary, and another to make memorial donations. Family members and fans of James’s work alike posted kind messages on the tribute wall, and comforted James’s mother, Susie, during the difficult time, while the crew at “The Walking Dead” dedicated the ninth episode of season seven, “Rock in the Road”, to their colleague.

The episode, which aired in February 2017, leading to confusion amongst fans who didn’t know who James was. An article from the same month explained the important role James played in the show, adding: “The filmmaker, who also served as a production designer on short films Memoirs and Death and the Robot in 2012 and 2013, was branded one of the series’ “unsung heroes.” A Facebook group named Michael Jaegers Officially Undead Fan Site was one of the first places to announce James’s demise, posting: “RIP to James Heltibridle, one of our unsung heroes on “The Walking Dead” and part of our film industry family.

James worked in the Props Dept and was killed in an auto accident last night”. Other tributes include an Instagram post from Michael Rooker, who played Merle Dixon in earlier seasons of the show, with one comment from a series extra reading: “Damn damn. James was a nice guy and hard worker committed to his craft and worked so hard on TWD. He will be missed”.

It’s difficult to calculate James’s net worth at the time of his death, but reliable sources estimate that the production designer was worth $50,000 while working at Netflix. On average, production assistants working for the streaming giant earn between $15 and $24 an hour.

Why did Charlie Hunnam didn’t marry Morgana McNelis yet? Wiki

Where is Alana Hadid today? Net Worth, Husband, Family, Wiki