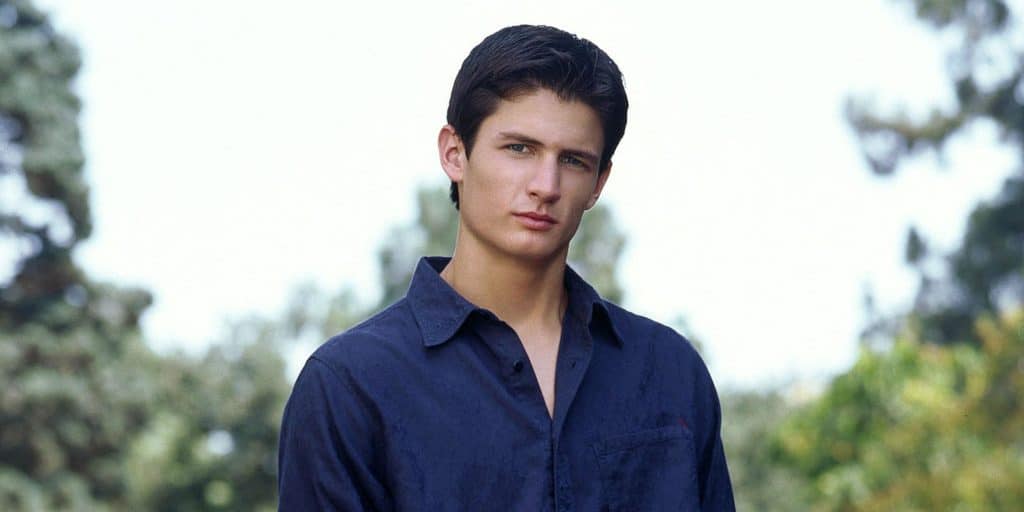 Who is James Lafferty married to? Alexandra Park, wife, net worth

James Martin Lafferty was born in Hemet, California USA, on 25 July 1985 – his zodiac sign is Leo, and he holds American nationality. He’s an actor, film producer and director, who’s appeared in more than 20 movies and TV series, while he’s probably known best for his portrayal of the lead character Nathan Scott, in the critically acclaimed romantic sports series “One Tree Hill”. Created by Mark Schwahn, it also starred Hilarie Burton and Chad Michael Murray, and follows half-brothers Nathan and Lucas Scott who are competing in various fields, including in basketball, number of friends and girlfriends; the series aired from 2003 to 2012, and won four of the 31 awards for which it was nominated.

James was raised in Hemet alongside his brother Stuart Lafferty, by their parents Jeffrey and Angelica who are the owners of a construction company. Stuart has also become an actor, and has appeared in seven movies and TV series, while he’s probably known best for his portrayal of Lewis Waco, in the 2014 crime thriller comedy film “Battered”.

James became interested in acting at a very early age, mostly because he spent nearly every night watching movies and TV series with his family. He was 12 years old when he launched his acting career, with his voicing of Buster in the popular animated family adventure movie “Annabelle’s Wish”, and two years later played Billy in the 1999 episode “The Last Weekend” of the romantic comedy series “Get Real”.

James then continued acting throughout his entire education; he studied at Hemet High School, and was on his school’s basketball team. After matriculating in 2003, he attended California State University, Long Beach, from which he graduated with a Bachelor’s degree in 2007.

In 2001, James appeared in the episode “Chapter Eighteen” of the comedy drama “Boston Public”, and was then invited to make a guest appearance in an episode or two of several series, including the comedy “Emeril”, and the drama “First Monday”.

In 2001 and 2002, he played the supporting character Tad, in the critically acclaimed romantic family drama “Once and Again”, created by Edward Zwick and Marshall Herskovitz, and which starred Sela Ward, Billy Campbell and Jeffrey Nordling.

It follows a divorced man who has fallen in love with a woman who’s in the middle of her divorce, while their children disapprove of their relationship; the series won 13 awards, including a Primetime Emmy, while it was nominated for 49 other awards.

After that, James was invited to play supporting characters in a couple of hit series, including the 2014 action thriller drama “Crisis”, the 2016 historical adventure drama “Underground” and the 2018 mystery horror drama “The Haunting of Hill House”.

Most recently, in 2021 he began starring as Jeremy Davis in the comedy “Everyone is Doing Great”, which also stars Stephen Colletti and Alexandra Park, and follows two friends who were famous actors five years earlier, and are now trying to return to the film industry.

In 2002, James was cast to play Steve Alford in the sports drama “A Season on the Brink”, while a couple of his following roles were in the 2002 comedy “Prep”, the 2003 romantic action adventure “Boys on the Run” and the 2009 mystery science fiction drama “S. Darko”.

In 2011, he portrayed Eigson Howard in the historical action adventure “The Legend of Hell’s Gate: An American Conspiracy”, written and directed by Tanner Beard, and which starred Eric Balfour, Lou Taylor Pucci and Henry Thomas. The movie follows three outlaws who lived in Texas in the ‘70s, and it won an Almeria Western Film Festival Audience Award for Best Feature Film.

In 2013, we saw James appear in both the drama “Lost on Purpose”, and the mystery horror “Oculus”, then in 2015 starring in the comedy drama “Waffle Street”, which won three awards.

James’ most recent film role has been his portrayal of Tony Lama, in the 2017 mystery crime thriller “Small Town Crime”, written and directed by Eshom Nelms and Ian Nelms, and which starred John Hawkes, Anthony Anderson and Octavia Spencer. It follows a former police officer who has offered to find the killer of a woman, for free.

He received special thanks for the 2011 sports film “The Hopeful”, the 2012 drama movie “One Tree Hill: Always & Forever” and the 2015 documentary movie “Smoke and Mirrors: The Story of Tom Savini”.

James has one writing, three producing and three directing credits. He produced the 2010 short film “Hours Before”, and between 2009 and 2012 directed four episodes of the series “One Tree Hill”.

James has made a guest appearance in a couple of talk-shows, such as “Home & Family”, “Hollywood Today Live” and “Entertainment Tonight”.

James won a 2019 Mammoth Film Festival Award for Best TV Episodic, for “Everyone Is Doing Great”.

James has been in a relationship with five women, whom the public knows about. In 2005 and 2006, he was in a relationship with Canadian actress Rachael Wilson, who has appeared in more than 100 movies and TV series, and is perhaps known best for her portrayal of the lead character Natalie, in the 2019 mystery science fiction horror film “In the Tall Grass”.

She and James could’ve been seen attending various events hand-in-hand during the one and a half years that they were together.

In 2008 and 2009, James was in a relationship with Sophia Bush, a popular American actress with close to 50 credits to her name, and who’s probably known best for having starred as Beth in the 2006 romantic comedy movie “John Tucker Must Die”.

James then spent several moths dating Shantel VanSanten, a popular American model and actress, with close to 30 acting credits to her name.

Between 2010 and 2015, he was in a relationship with the Irish actress Eve Hewson, who’s probably known best for her portrayal of Marian in the 2018 action adventure movie “Robin Hood”.

In 2016, James met the famous Australian actress Alexandra Park on the set of the series “The Royals”, and they began dating a couple of days later; on 7 September 2020, they became engaged, so as of November 2021, James is engaged to Alexandra Park, hasn’t married and doesn’t have children.

James is an avid basketball player, and played for the New Orleans team at the 2008 National Basketball Association (NBA) All-Star Celebrity Game; they beat the Hornets 51-50. James today cheers for the Wilmington Sea Dawgs. He once hosted a charity basketball event, but cancelled it, claiming that fans had started contacting him via private phone number and e-mail, and even contacted his family members.

James enjoys being active on Instagram, and is today followed by more than a million people, having uploaded over 500 pictures onto the network, the majority of which have been taken during his everyday life.

He’s a huge dog-lover, and his two pet dogs can be seen featured in some of his Instagram pictures.

He enjoys watching movies late at night, starring his favorite actor and actress Robert De Niro and Julia Roberts, such as the trilogy “The Godfather”, “The Irishman” and “Notting Hill”.