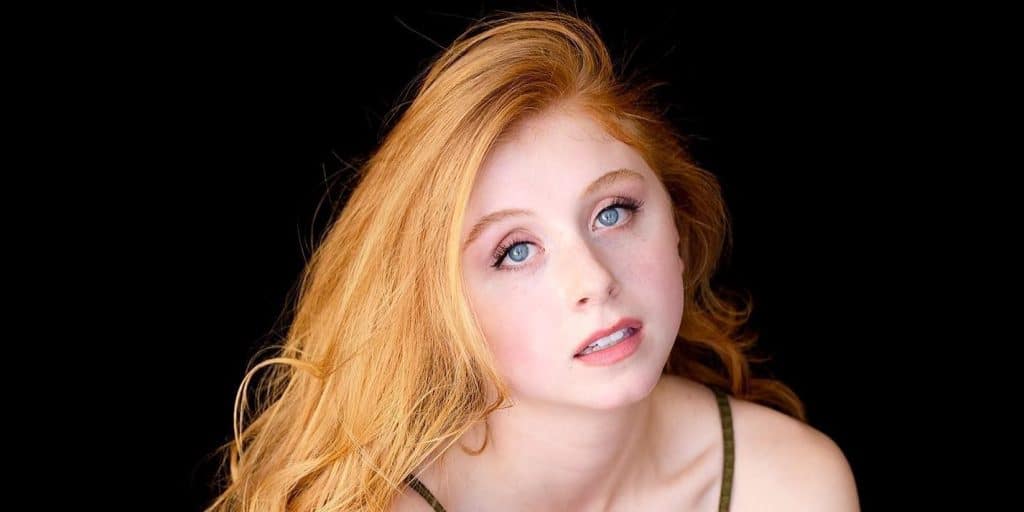 Who is Juliette Angelo, aka Emily Fornell on NCIS? Biography

Juliette Rose Angelo was born in Little Falls, New Jersey USA, on 3 March 1999 – her zodiac sign is Pisces, and she holds American nationality. She’s an actress with 16 credits to her name, perhaps known best for her debut TV series appearance, portraying the supporting character June Gallagher in the popular comedy series “Malibu Country”, created by Kevin Abbott and David B. Harris, and which starred Reba McEntire, Sara Rue and Justin Prentice. It follows the country music star Reba who has learned that her husband’s cheating on her; the series aired its 18 episodes in 2012 and 2013.

Juliette was raised in New York City, as her family moved there not long after she was born; she hasn’t shared any details concerning her parents as she respects their privacy, and because Juliette hasn’t mentioned having any siblings, she’s believed to be an only child.

She began acting at the age of eight, when she appeared in the Broadway play “How the Grinch Stole Christmas”, and Juliette launched her acting career on TV at the age of 12, with her portrayal of Erin in the 2011 romantic LGBT movie “In the Family”. It was written and directed by Patrick Wang, who also starred in it alongside Sebastian Banes and Trevor St. John; the movie follows Joey whose partner Cody has died in a car accident, while custody over their son Chip has now been given to Cody’s sister.

The movie won five of the seven awards for which it was nominated.

Juliette continued acting throughout her entire education. She studied at a local high school in New York City, and upon matriculating in 2017, chose not to enroll at college, but to focus on her acting career.

In 2011, Juliette played Sadie, in the popular romantic comedy “New Year’s Eve”, directed by Garry Marshall, and which starred Sarah Jessica Parker, Jessica Biel and Ashton Kutcher. It follows the lives of various singles and couples on a New Year’s Eve in New York City, and the movie won two of the 10 awards for which it was nominated.

In 2014, we saw Juliette play Krissy Kelly in the comedy drama “Rescuing Madison”, and her following role came in 2018, when she portrayed one of the main characters, Sarah Handleman, in the comedy drama “Hope Springs Eternal”. It was directed by Jack C. Newell, also starred Mia Rose Frampton and Stony Blyden, and follows the 18 years old Hope Gracin, who has just rid herself of cancer which was at end-stage.

Juliette has appeared in only two other movies: the 2018 family comedy “I’ll Be Next Door for Christmas”, in which she starred alongside Nicole Sullivan and Atticus Shaffer, and the critically acclaimed 2020 historical thriller drama “The Trial of the Chicago 7”, which starred Eddie Redmayne, Alex Sharp and Sacha Baron Cohen, and won 56 of the 149 awards for which it was nominated, including six Oscar nominations.

In 2014 and 2015, Juliette played Meadow MacIntosh in the family fantasy comedy “The Haunted Hathaways”, created by Robert Peacock, and which starred Chico Benymon, Ginifer King and Amber Frank. It follows the Hathaways who have moved from New York to New Orleans, and have learned that there’s an entire family of ghosts haunting their new home; the series won three of the 11 awards for which it was nominated.

The following years saw Juliette make a guest appearance in an episode or two of various series, such as the comedy “Deadbeat”, the drama “Mad Men”, and the romantic drama “Grey’s Anatomy”.

In 2016, we saw her play Bobbi Jill Allnut in two episodes of the critically acclaimed romantic mystery mini-series “11.22.63”, and in the same year she played Emma Peters in the episode “The Matchmaker” of the action crime adventure “Criminal Minds: Beyond Borders”.

Between 2017 and 2020, Juliette played Geneva, in the comedy drama “Shameless”, created by Paul Abbott and John Wells, and which starred Emmy Rossum, William H. Macy and Ethan Cutkosky. The series followed the lives of a Chicago family, aired from 2011 to 2021, and won 20 awards including four Primetime Emmys, while it was nominated for 69 other awards.

Since 2013, Juliette has been portraying Emily Fornell in the action crime drama “NCIS”, created by Donald P. Bellisario and Don McGill, and which stars Mark Harmon, David McCallum and Sean Murray.

Juliette’s amongst the most secretive of actresses when it comes to her love life, as hasn’t spoken of any boys (or girls) whom she has perhaps been with; this is probably why there are rumors circulating the internet concerning her sexual orientation, and her past and present affairs.

Some of her fans believe that she’s lesbian, and that this is the reason why she hasn’t spoken of her love life; a fan has even claimed to have seen Juliette spending time with a girl who is perhaps her girlfriend, however, no evidence has been provided to support these claims, nor has Juliette commented on this.

There are also those who believe that she’s today in a relationship with a non-celebrity American boy, and that she prefers to keep him away from media, however, this hasn’t been confirmed either.

As of September 2021, she seems to be single, hasn’t married, and doesn’t have children.

Juliette’s a huge fan of dancing, and she started taking lessons when she was five years old; she was mostly focused on tap dancing, and won several competitions in her teenage years.

She’s a huge lover of animals, with her favorites being horses; Juliette learned to ride before turning 10.

She likes to travel, and her acting career has taken her to various US states, while she apparently hasn’t travelled overseas; Juliette’s dream travel destination is Paris in France.

She has her own favorite actors and actresses, some of whom are Russell Crowe, Julia Roberts and Natalie Portman, and a couple of her favorite movies are “A Good Year”, “The Runaway Bride” and “Leon: The Professional”.

Juliette’s physically highly active, as she has multiple training sessions at the gym each week, while she’s also following a strict diet, as it’s important for her acting career to stay fit.