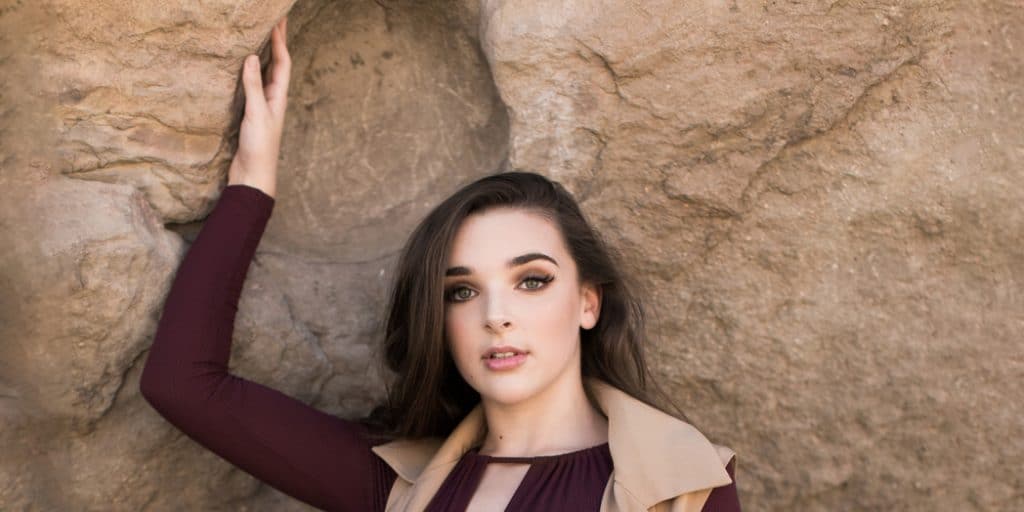 Who is Kendall Vertes? Net Worth, Height, Boyfriend, Biography

Who is Kendall Vertes?

Kendall K Vertes was born under the zodiac sign of Sagittarius on 9 December 2002, in Pittsburgh, Pennsylvania USA; she holds American nationality, and her ethnicity is of mixed Italian and German descent; her middle name is ‘K’, as in honor of her cousins, Kiley and Kara. She’s an actress, singer, and a dancer, perhaps still known best for her appearance in the reality TV series “Dance Moms”, which follows the training and careers of children under the tutelage of Abby Lee Miller, a famous choreographer and dance instructor; the series had six award nominations and won two.

Kendall was raised in Pittsburgh by her parents Jill and Erno, alongside her sisters Ryleigh and Charlotte; her father is a professional tennis player, and also a writer who published two books, “Beginning Seniors Guide To Tennis” and “The Seniors Guide To Tennis”. Her mother Jill is known as a TV personality, and an actress in music videos, and was a dancer and competitive cheerleader back in high school.

Kendall attended a local middle school until 2014, when she switched to homeschooling, but three years later returned to public school. Upon matriculating in 2020, she enrolled at Pepperdine University, in Malibu, California, and will become a dentist when she qualifies.

Career as a dancer

Kendall started dancing when she was just eighteen months old, and her talent was recognized by her mother who took her to dance classes at the Abby Lee Dance Company; when she was nine, she got her chance to participate in the series “Dance Moms”.

She made her debut in the second season of the series, selected at the audition to replace Vivi- Anne, but because of her mother’s bad behavior, she was often put on probation. She was in the team “The Runaway Mom”, and then joined the “Candy Apple’s Dance Center”.

Kendall left the show, but then returned and joined the elite dance team “ALDC”, in which she stayed until the seventh season of the show when she and Jill left, and Kendall joined Cheryl Burke’s team “The Irreplaceables”.

With this team, Kendall and her mother went on the tour around the US, South America, the UK, Ireland and Australia.

Kendall launched her YouTube channel “Kendall K” on 8 December 2015, now subscribed to by over a million people, and all of her videos combined have amassed nearly 100 million views; her fans can enjoy her music videos, vlogs, make-up tutorials, and some fun challenges.

Her debut song “Wear ‘Em Out” was released on 10 June 2015, and the official music video has been viewed over 25 million times; her second song “Where Would I Be Without You” uploaded on 22 February 2017, has gained nearly five million views.

Kendall recorded an entire album, which although announced hasn’t been released, due to problems with Abby Lee’s company, who had refused to release Kendall’s album, after Abby Lee Miller was fired as her music manager.

Kendall made her acting debut portraying Christy in the 2018 movie “Trico Tri Happy Halloween”, starring alongside Carson Rowland and Armando Gutierrez, followed by her roles as Purpel in “Rapunzel: A Princess Frozen in Time”, and as Beatrice in “Anastasia”.

In 2021, Kendall launched her career as a host of the series “The Kendall K & Friends Show” – her quest was with celebrities such as Nick Cannon, Paulina Porizkova, Drew Carey, and Rachel Reynolds among others.

There have been various rumors concerning Kendall’s love life, however, it’s known that she dated Instagram star John Rink back in 2019, then after they broke up, she dated Austen Swankler, a hockey player from North Huntingdon, Pennsylvania, for a couple of months during 2020.

In April 2021, she started dating  TikTok star and football player Caden Woodall, but after a month, they announced that they’d ended their love story.

As of December 2021, Kendall appears to be single, hasn’t been married or engaged, and doesn’t have children.

Kendall is active on social media platforms – her Instagram account has been followed by nearly nine million fans, and she’s posted over 2,500 posts, mostly featuring her everyday life, her traveling, and her clothes combinations.

Her Twitter account, established in July 2012, has been followed by over 500,000 people, and she’s tweeted over 1,000 times about her work, some of her thoughts and opinions; she has her official Facebook page followed by over 350,000 fans.

Kendall is into traveling, and as already mentioned, thanks to her dancing career she’s traveled around the world, while her favorite travel destination is Ocean City, Maryland, and she often travels there because she loves to swim.

Speaking about her dream travel destination, Kendall would like to visit Nice, in the south of France.

She’s into sports, works out three to four days per week at the gym, does aerobics and fitness, plays tennis and softball, and of course she dances. Her favorite styles of dance are jazz and contemporary, and her favorite dance ability are her turns – her favorite dance competitions are “Jump” and “NUVO”.

Kendall is an animal lover, she has a dog, cat, and guinea pigs as pets.

In her spare time, she likes to hang out with her friends, watch movies, read books, or listen to music.

As of December 2021, her net worth has been estimated at $1.5 million, according to sources; her annual salary while she was in the show “Dance Moms” was estimated at $500,000, and she has a minimum income of $10,000 from her YouTube channel. From her Instagram promotional posts for brands such as Fashion Nova and Bang Energy, she makes around $20,000 per month.