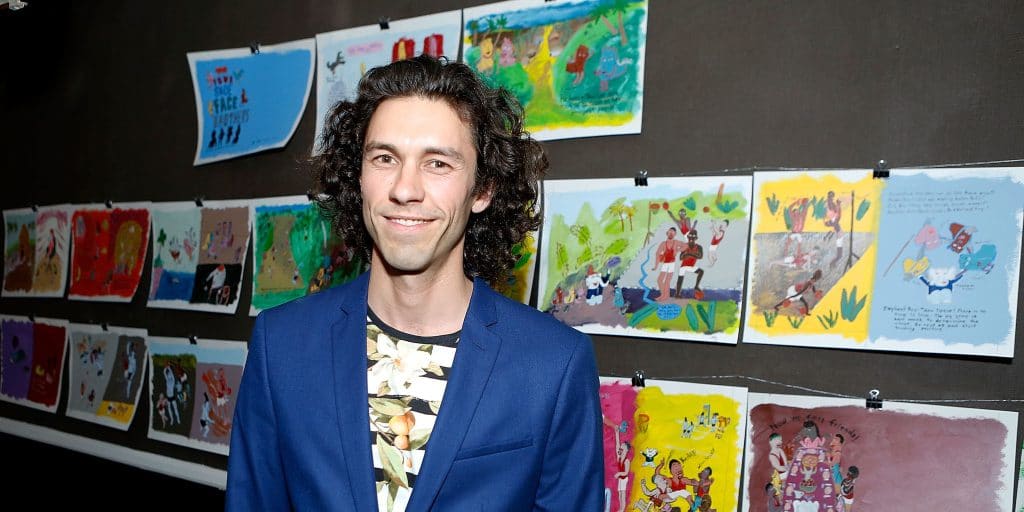 Who is least known between Franco brothers, Tom Franco? Wiki

Tom Franco was born in Palo Alto, California USA, on 14 April 1980 – his zodiac sign is Aries, and he holds American nationality. He’s an artist and an actor, but perhaps known best for being the brother of famous Hollywood actors James and Dave Franco.

Tom was born to Betsy Lou, a children’s book author, and Doug Franco who ran a business in Silicon Valley. Tom is the middle of their three children, being the younger brother to James, and older brother to Dave Franco. He comes from a diverse ethnic background, having Portuguese, Jewish, Russian and Swedish ancestry.

Tom matriculated from Palo Alto High School in 1998, and then enrolled at the University of California, Santa Cruz, graduating in 2002 with a major in fine arts. He then enrolled into a Master’s degree program at the California College of the Arts in San Francisco, where he majored in ceramics, but ended up dropping out within the first year.

Career as a visual artist

Tom discovered his talent for art at an early age, and was encouraged by his family to expand his skills. During their teenage years, Tom and his brother Dave took drawing classes together, while James went through a phase of wanting to become a professional comic book artist, however, only Tom ended up pursuing a full-time career as a visual artist.

Before enrolling at the University of California, Tom took classes at the prestigious California State Summer School for the Arts, which is a rigorous pre-professional training program in visual arts that accepts a limited number of students. During his time in university, he mainly focused on sculptures, metal work and printwork.

After graduating in 2002, Tom spent several months in New York City, where he was hired as a teacher at children’s summer camps. He also worked as a caregiver for a family, looking after their children, however, as he realized that he couldn’t do this job and make art, he moved back to California to focus on his primary passion.

In the next two years, he perfected the technique of making sculptures with the use of found objects, and also discovered his love for collaborative art making, which led Tom to develop Tom’s Firehouse Art Collective, an art gallery which exhibits local modern artwork, and provides a space for artists to collaborate on their projects.

Tom’s works have been exhibited at numerous art galleries across the US, and he’s currently teaching Curatorial Practice classes at the Sesnon Gallery in Santa Cruz, California.

Tom made his acting debut in the 1990 horror comedy movie “Basket Case 2”, written and directed by Frank Henenlotter, and which starred Kevin Van Hentenryck, Judy Grafe and Annie Ross. He didn’t appear in his next role until 15 years later, in the short drama “A Peace of History”. Two years later, he played the leading role of Bernie in the short TV comedy film “The Devil Wears a Toupee”, a parody of the 2006 romantic comedy drama “The Devil Wears Prada”, centering on a nation’s leading hair piece publication.

Four years later, Tom briefly appeared in the sci-fi action blockbuster “Rise of the Planet of the Apes”, directed by Rupert Wyatt, and which starred his brother, James, in the leading role. The two joined forces again in 2011, when they appeared in the comedy film “Spring Breakers”, centering on a group of four college girls who hold up a restaurant to fund their spring break vacation.

In 2017, he made a cameo appearance in James Franco’s directorial debut “The Disaster Artist”, a semi-biographical comedy movie about the life of Tommy Wiseau, who wrote, directed and produced it, then starred in “The Room”, a cult-classic film which is widely considered to be one of the worst movies ever made.

Most recently, in 2021 Tom appeared alongside “The Room” star, Greg Sestero in his directorial debut horror drama “Miracle Valley”.

Tom Franco has been married two times. His first wife was the Austrian artist, singer, publicist and camera technician, Julia Lazar, 23 years his senior. ‘A jack of all trades, master of all’, as Tom used to describe her, Julia also worked as a manager for Tom’s brothers, which is how the two initially met. They maintained a professional relationship for close to five years, before they started dating. Julia helped Tom in his artistic pursuits, and to establish his art collective. Unfortunately, in 2014, Julia was diagnosed with hepatitis C and died of liver failure; about a month before her death, Tom and Julia celebrated their love by tying the knot in a hospital.

Since 2015, Tom has been married to the film director and producer Iris Torres, known for having worked on “Rise of the Planet of the Apes”, “Don Quixote: The Indigenous Gentleman of La Mancha” and “The Big Year”.

James Edward Franco was also born in Palo Alto, on 19 April 1978 – his zodiac sign is Aries, and he holds American nationality. He’s an actor, filmmaker and writer, perhaps known best for his roles in movies such as Sam Raimi’s “Spider-Man” trilogy, “127 Hours” and “Disaster Artist”.

James matriculated from Palo Alto High School in 1996, and during his time there started acting in local productions of plays, but also had issues with the law for underage drinking and drawing graffiti. Although he was interested in becoming a marine zoologist, James secretly wanted to become an actor, but was afraid of rejection.

In 1997, he enrolled at the University of California, Los Angeles, but dropped out after completing his freshman year to pursue an acting career. He then started taking acting classes with Robert Carnegie at the Playhouse West, and worked a late-night job at the local McDonald’s to support himself, as his parents refused to do so.

After 15 months of training, James started auditioning for roles in Los Angeles. His first paid role was in a Pizza Hut TV commercial, which featured a dancing Elvis Presley. He made his acting breakthrough in 1999, when he was cast for a role in the short-lived but critically-acclaimed teenage sitcom “Freaks and Geeks”. Then in the same year, James made his film debut in the romantic comedy “Never Been Kissed”.

In 2001, he was cast for the title role in the biographical drama movie “James Dean”, directed by Mark Rydell.

To prepare for the role, Franco went down the method acting route, including reportedly going from being a non-smoker to smoking two packs of cigarettes a day, bleaching his hair, and learning to ride a motorcycle. During the filming, James went as far as cutting off all the communication with his family and friends, to fully focus on the role. Ahais efforts apparently worked, as for his performance he received a Golden Globe Award, along with a nomination for an Emmy Award, and a Screen Actors Guild Award.

James achieved worldwide fame and recognition with his role of Harry Osborn, the son of Green Goblin and Spider-Man’s best friend in the “Spider-Man” movie trilogy, directed by Sam Raimi. He was originally considered for the title role, but the producers eventually chose Tobey McGuire instead, while James was kept in the cast to play his sidekick. The first “Spider-Man” movie was a commercial and critical success, grossing more than $822 million worldwide.

In the following years, he appeared in a number of critically-acclaimed movies, such as “City by the Sea” (2002), “The Company” (2003) and “The Great Raid” (2005). In 2008, he teamed up with Rogen and Apatow again, to star in the stoner comedy movie “Pineapple Express”; his performance earned him a Golden Globe nomination.

One of the most notable roles for James was in Danny Boyle’s drama film “127 Hours”, based on the real-life story of the mountain climber Aron Ralston, who spent five days trapped by a boulder in an isolated slot canyon in Utah. It’s one of the most well-reviewed movies James starred in, and the performance earned him an Oscar nomination in the Best Lead Actor category.

In 2014, he starred alongside Seth Rogen in the controversial comedy film “The Interview”, which parodied the real-life diplomatic relations between the US and North Korea.

Two years later, James directed produced and starred in the film adaptation of Greg Sestero’s non-fiction novel “Disaster Artist”, about the making of the cult-classic movie “The Room”. He played the lead role of Tommy Wiseau, while his younger brother Dave, starred as Greg Sestero.

In late 2017, James announced that he was slowing down his acting career, to focus on himself.

As of February 2022, his net worth has been estimated at more than $20 million.

Dave majored in English at the University of Southern California, with the intention of becoming a teacher, however, later on his brother James’ manager convinced him to take a theatre class, and start learning acting skills.

He made his acting debut in 2006, when he appeared in The CW’s drama series “7th Heaven”, and three years later, he had a starring role in the ninth season of the medical sitcom “Scrubs”, which launched him to stardom.

Dave is married to fellow actress Alison Brie. The two started dating in 2012, and tied the knot in 2017 in a private ceremony.

As of February 2022, is net worth has been estimated at more than $10 million.