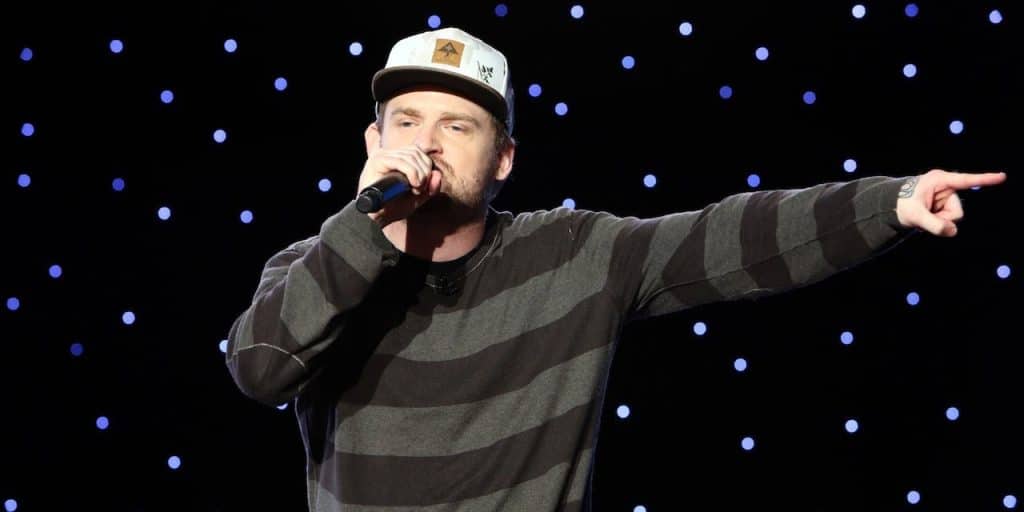 Who is Mac Lethal? Wife, Net Worth, Height, Family, Biography

David McCleary Sheldon was born in Kansas City, Missouri USA, on 25 July 1981 – his zodiac sign is Leo, and he holds American nationality. He’s a rapper, singer-songwriter, YouTuber and an author, who’s known better by his stage name Mac Lethal.

Mac was raised in Kansas City by his parents, about whom nothing’s known, as he respects their privacy; it’s said that his father is a gardener, and that his mother is a high school teacher. Because Mac hasn’t mentioned having any siblings, most people believe that he’s an only child.

He often entertained his peers with his rapping skills, and it was during those four years that Mac started thinking about launching a career as a rapper.

He matriculated in 1999, and then didn’t enroll at college, but started working on his rap songs; he also worked various jobs to financially support himself.

Two years later, Mac launched his own record label with his friend Jeremy Willis, called Black Clover Records, and on 9 October 2007 released his second album “11:11”; it comprised 17 songs, with some of the most popular amongst these being “Calm Down Baby”, “Backward” and “Pound That Beer”.

Sony offered Mac a contract in 2011, which he refused; Sony wanted him to record five albums for $250,000, which Mac believed to be ‘insane’.

He became popular on the internet in December 2011, when his YouTube video featuring him rapping while making pancakes went viral, and he was thus interviewed by various magazines and in talk-shows, including CNN and “The Washington Post”. In the same year, Mac released his third album – “Irish Goodbye” – through his own record label.

In 2016, he released his new album “Congratulations”, and most recently, in 2021 Mac released his fifth album “Winter Heartbreak II”.

Mac launched his YouTube channel “Mac Lethal” on 29 October 2006, and it’s today subscribed to by close to three million people, and numbers over 300 million views of all his videos combined.

Most of these feature him rapping over various beats, while he also occasionally just answers his fans’ questions, and gives them advice on various matters. We’re going to mention three of Mac’s most popular videos, which have helped him attract many subscribers.

His #1 video “Nerdy White Kid KILLS “Look at Me Now” (Pancake Rap)” has been watched over 40 million times since 30 November 2011, and shows Mac as he’s rapping to the song “Look at Me Now” by Lil Wayne and Busta Rhymes while making pancakes.

His second most popular video “27 Styles of Rapping” has been watched more than 30 million times since 10 January 2017, and features Mac showing 27 styles of rapping; he claims that he was drunk when he made the video.

His third most popular video – “The Greatest Pizza Order Ever” – has been viewed over 20 million times since 20 May 2017, and shows Mac ordering his pizza by rapping it out to the person on the phone.

Mac is quite active on Instagram, and seems to be enjoying the attention which he’s receiving from his close to 200,000 followers; he’s uploaded nearly 150 pictures onto the network, most of which have been taken during his everyday life.

He launched his Twitter account in March 2009, but has since tweeted just 200 times, while he’s today followed by over 50,000 people; Mac mostly tweets to share his opinion on various matters, but also to announce the upload of his new YouTube videos.

He’s a Facebook star, as his page is today followed by over a million fans, and which he tends to update at least once a week.

He doesn’t have his own TikTok account, but many videos featuring Mac have been uploaded onto the network by other users, and these has been viewed close to five million times.

Mac is highly secretive when it comes to his love life, and although he’s revealed that he has a wife and two kids, he’s shared very little about them.

Mac hasn’t revealed the date of his and his wife’s wedding (nor her name or profession), but it’s widely believed that they exchanged vows around a decade ago; Mac has featured his wife and children in only a couple of his YouTube videos and Instagram pictures.

In 2013, his wife gave birth to their son Rockwell Carlin ‘Rocky’ Sheldon, and in 2019, Mac shared a picture which showed his son competing in his first Jiu Jitsu tournament. Mac and his wife also have a daughter named Maple, but her date of birth remains unknown.

Mac hasn’t mentioned any other women whom he has perhaps been with, so as of December 2021, he’s married and has two children.

Mac loves to drink alcohol, and his favorite is beer.

He’s into travelling, and his career has taken him to around 10 US states, as well as to a couple of European countries, including France and England.

He’s physically active, and has a couple of training sessions at the gym every week; he’s also a martial artist, and practices Brazilian Jiu Jitsu, holding a purple belt.

Mac loves to eat various foods, and has five to six meals every day; his favorite is sausage with fries.

Late at night, Mac enjoys watching movies starring his favorite actor and actress, Russell Crowe and Angelina Jolie, such as “Gladiator”, “A Beautiful Mind” and “Lara Croft: Tomb Raider – The Cradle of Life”.

As of December 2021, Mac’s net worth has been estimated at over $2 million.