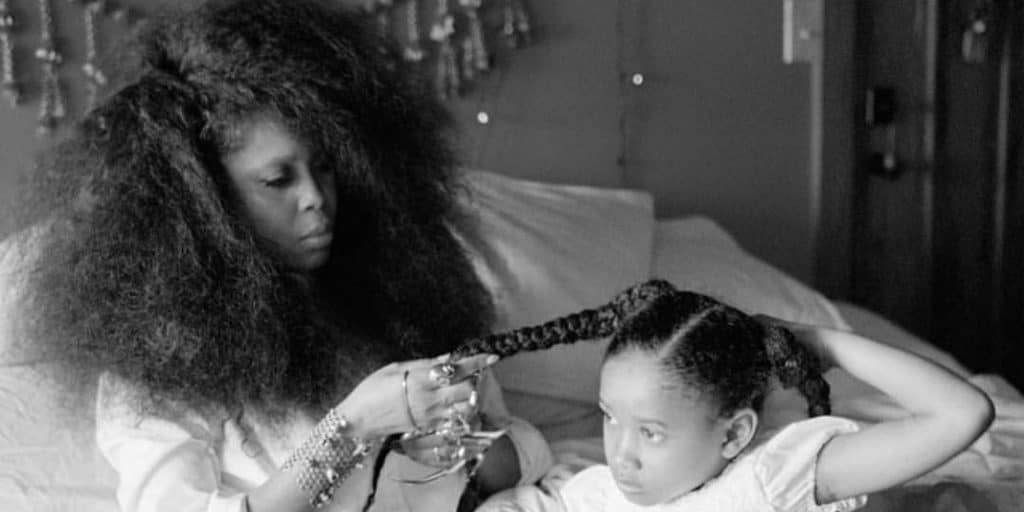 Mars was born in Dallas, Texas USA on 1 February 2009 – her zodiac sign is Aquarius, and she holds American nationality. She’s only known for being the daughter of the famous American singer-songwriter and actress Erykah Badu.

Mars is being raised in Dallas by her mother, and her father Jay Electronica, who’s a famous American rapper and record producer. Her parents weren’t married, but were in a relationship for five years, between 2004 and 2009. She has an older maternal half-brother Seven Sirius Benjamin who was born on 18 November 1997, and an older maternal half-sister Puma Sabti Curry who was born on 5 July 2004.

Erykah is keeping her children away from the media’s attention, but it’s said that her daughter Mars has become interested in singing, wanting to follow in her mother’s footsteps. She’s apparently currently attending a school for the performing arts, at which she’s mostly focused on practicing singing, but is also practicing dancing and acting.

Mars should be enrolling at a local high school in 2023.

As of January 2022, she doesn’t have her own independent wealth, but her mother Erykah’s net worth has been estimated at over $10 million, and her father Jay’s at more than $8 million.

Who is her mother Erykah Badu?

Erykah Abi Wright, known better as Erykah Badu, was born in Dallas on 26 February 1971 – her zodiac sign is Pisces, and she holds American nationality. She’s a neo soul singer, and is often referred to as Queen of Neo Soul by her fans.

Erykah was raised in Dallas alongside her brother Eevin and their sister, solely by their mother as their father William Wright Jr. abandoned the family when the children were still very young; the family was helped by both the children’s grandmothers.

Erykah was only four years old when she started dancing and singing at the Dallas Theater Center, and later on at The Black Academy of Arts and Letters. She was 14 when she started performing for a local radio station, and around the same time chose to use ‘Erykah’ instead of ‘Erica’ as her name, claiming that ‘Erica’ was a ‘slave name’. She studied at Booker T. Washington High School for the Performing and Visual Arts, and upon matriculating in 1989, enrolled at Grambling State University; she dropped out only a couple of months before she was about to graduate, wanting to focus on her career.

While working on her way up in the music industry, Erykah taught dance and drama at the South Dallas Cultural Center.

Her debut album “Baduizm” came out on 11 February 1997, and was a success, peaking at #2 on the Billboard Charts and topping the US Billboard Top R&B/Hip-Hop Albums Chart; the album has since been certified platinum three times by the Recording Industry Association of America (RIAA), and gold by both the Canadian Recording Industry Association and British Phonographic Industry.

Her first live album “Live” was released in 1997, and was certified platinum twice by RIAA. Her second studio album “Mama’s Gun” came out on 21 November 2000, and was also certified platinum, with her third album “Worldwide Underground” following on 16 September 2003, peaking at #3 on the US Billboard 200 Chart.

She released her fourth album “New Amerykah Part One” in 2008, and then her fifth “New Amerykah Part Two (Return of the Ankh)” on 30 March 2010. Her debut mixtape “But You Caint Use My Phone” was released on 27 November 2015, and she launched her acting career in the following year, by starring in the drama movie “The Land”.

Most recently, in August 2020, she contributed to the extended play “VOYAGE-19” by Bilal.

Erykah has attracted a lot of attention with her music video “Window Seat”, which was released on 13 March 2010. It featured her walking naked in Dealey Plaza in Dallas, at the place where President John F. Kennedy was assassinated; she was fined $500 for exposing herself in public, and was put on a six months’ probation.

Who is Mars’ father Jay Electronica?

Timothy Elpadaro Thedford, perhaps known better by his stage name Jay Electronica, was born in New Orleans, Louisiana USA, on 19 September 1976 – his zodiac sign is Virgo, and he holds American nationality. He ranks amongst the best lyricists of the 21st century, and became popular after his debut mixtape “Act I: Eternal Sunshine (The Pledge)” was released on 2 July 2007.

Jay was raised in New Orleans, and was only 10 years old when he started rapping, after having been inspired by the American rapper and record producer LL Cool J. He studied at St. Augustine High School, and matriculated in 1994; Jay didn’t attend college, but rather moved to Atlanta, Georgia to work on his career as a rapper. He soon found himself learning the teachings of Elijah Muhammad, and Jay then became a registered member of the Nation of Islam.

His debut mixtape was downloaded more than 50,000 times from MySpace, and motivated Jay to focus on making new music.

His single “Exhibit C” was released on 27 October 2009, and attracted a lot of attention after it was played on Tony Touch’s Sirius Radio program; he was wanted by various agencies, signing with Roc Nation on 12 November 2010.

His debut studio album “A Written Testimony” was released a decade later, on 13 March 2020, and was nominated for a Grammy Award for Best Rap Album. On 5 October 2020, Jay uploaded his second studio album “Act II: The Patents of Nobility” on Tidal; he had recorded it a couple of years earlier, but didn’t release it straight away for unknown reasons.

Most recently, in 2021, he was featured on Kanye West’s song “Jesus Lord” from his album “Donda”.

Jay had an affair with Kate Emma Rothschild, and this led to her divorce from the British financier and environmentalist Benjamin Goldsmith in 2013.