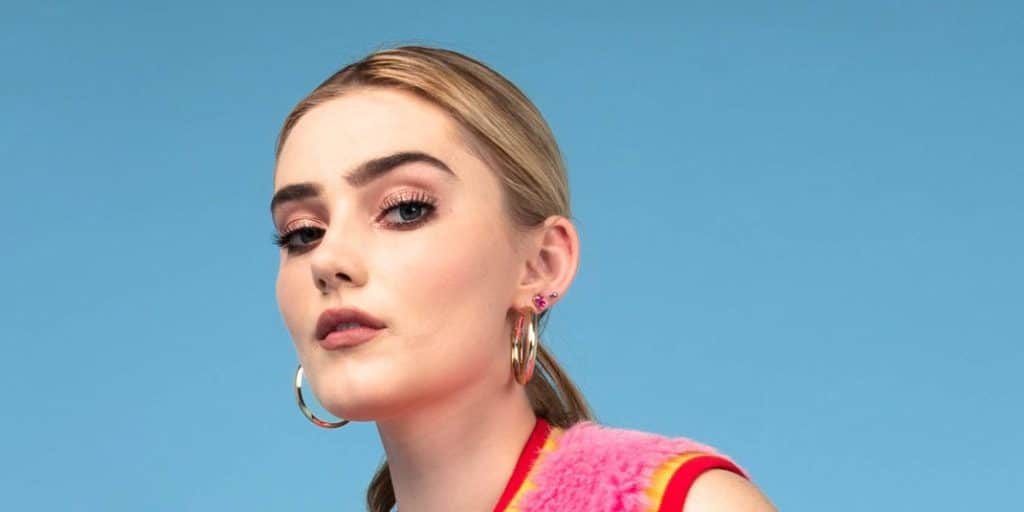 Who is Meg Donnelly dating? Age, Boyfriend, Net Worth, Wiki

Who is Meg Donnelly?

Meg Donnelly is an American actress and singer, best known to the world as Ash in the TV series “Team Toon” (2013-2015), and as Taylor Otto in the TV series “American Housewife” (2016-2021), among other roles that she has secured so far in her career.

Meg Elizabeth Donnelly was born on 25 July 2000 under the Leo zodiac sign, in New York City, USA. She grew up in Peapack, New Jersey USA, and at just six years old, joined Annie’s Playhouse – School of Performing Arts in Far Hills, New Jersey, where she started training in voice, dance and acting.

Her interest in performing arts didn’t die out as she got older, instead it increased, and she soon became a professional actress.

Before making her on-screen debut, Meg worked on print commercials and ads. However, this didn’t last long, as she secured a place in the APX Conservatory, the youngest performer in the group. With them, Meg performed in various venues throughout New Jersey, and in 2013 made her official debut as Ash in the TV comedy series “Team Toon”, starring in all 26 episodes of the popular Netflix series through 2015.

Meg then had a minor role in the TV series “What Would You Do?”, before in 2016 being selected for the starring role of Taylor Otto in the ABC sitcom “American Housewife”, joining Katy Mixon, Diedrich Bader, Daniel DiMaggio and Ali Wong as the main stars of the series. She appeared in all but one episode until 2021, which really made her a star.

In addition, Meg has had several other prominent roles. In 2017, she was Lilly Kelly in the drama film “The Broken Ones”, which starred Cece King, Charlie Bewley and Constance Shulman.

Moreover, in 2018 she was chosen as Addison, the star of the romantic musical movie “Z-O-M-B-I-E-S”, and reprised the role in the sequel “Z-O-M-I-E-S 2” in 2020. Also in 2020, she portrayed Addison in the TV series “Addison’s Moonstone Mystery”, then in the TV mini-series “ZOMBIES: Addison’s Monster Mystery” in 2021, and is currently working on the third installment – “Z-O-M-B-I-E-S 3”, scheduled for release in 2022. Another of her upcoming projects is the comedy film “Allie Mitchell Must Win”, in which she’ll star in the titular role.

Meg is a talented musician as well and has already become a music star. She released her first single, “Smile” on 5 August 2018., and her second single, “Digital Love” came out on 1 March 2019, since when Meg’s debut studio album “Trust” was released on 6 December 2019. She’s also collaborated with several musicians, including KOTA The Friend, and 2 Milly, among others.

Meg has been rather silent about her personal life, but some information has surfaced.

In 2019, she met aspiring actor Noah Zulfikar on the set of the “Z-O-M-B-I-E-S 2” film; the two hit it off immediately and in August 2019 made their relationship public; since then they’ve been inseparable, often uploading pictures and videos on social media platforms, especially Meg’s Instagram account, on which she has more than a million followers.

Before Noah, Meg was rumored to be in a relationship with her co-star Logan Pepper, however, neither of the two confirmed the romance and it all remained a rumor.

As of late 2021, Meg Donnelly’s net worth has been estimated to be around $2.5 million, earned through her successful career in the entertainment industry, already appearing in more than 20 film and TV titles, and releasing a full-length album.

The prominent actress is known for her natural blonde hair – though she sometimes dyes it shades of dark and light brown – and greyish blue eyes. She stands at a height of 5ft 3ins (1.6m), weighs approximately 112lbs (51kgs), while her vital statistics are 34-24-33, bra size 34B.

Meg has several interests outside her career. In her early years she was an aspiring gymnast, but as she got older other interests prevailed, such as singing and acting, but she still does some gymnastic exercises from time to time. She’s also remained true to dancing, and now often uploads short videos onto her official Instagram account, on which she’s seen dancing and producing new choreographies daily.

One of her favorite pastime activities is surfing, while she also loves scuba diving.

One of her celebrity best friends is Milo Manheim, her “Z-O-M-B-I-E-S” co-star.

She has learned the Japanese language, taking classes from a foreign exchange student who studied in her school.

Meg is known for her philanthropic activities and has worked closely with the Red Rose Foundation and the Trevor Project.

She is fond of animals and would like to have dogs as pets, however, her hectic schedule hasn’t given her time to play with and take care of dogs, so instead she’s chosen two cats as her pets, since they need less attention than dogs.