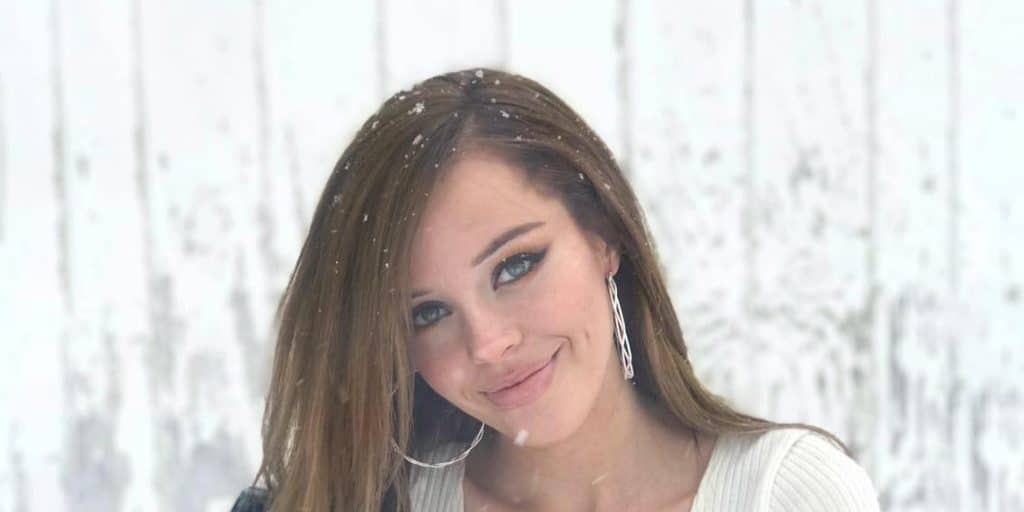 Who is Micarah Tewers? Age, Height, Brother, Husband, Net Worth

Micarah Tewers is a social media personality, YouTuber and vlogger who rose to fame for her DIY projects on her self-titled YouTube channel. She was born under the Zodiac sign Taurus on 15 May 1995, in Ohio, USA. As of 2021, she is 26 years old and holds American nationality.

Not much is known about her early life and parents. She has shared photos of her parents on her social media and has mentioned them in her videos, however, she’s never disclosed their names.

Regarding her siblings, she has a sister named Shaylyn and two brothers named Micah and Landon. Shaylyn, is a model who often competed in pageants,. and was named Miss Ohio 2014. When it comes to her education, Micarah was home-schooled, then didn’t to enroll at college, as she doesn’t like being in debt.

Instead, she found a job in the fabric department of Hobby Lobby, which she later quit to focus more on her career as a YouTuber.

Even though Micarah launched her YouTube in 2010, she didn’t post her first video until 2017, entitled “Stereotypes I Believe About You”, featuring Micarah enumerating the stereotypical traits some people have, carried out humorously and sarcastically. This comedic manner of narration combined with quirky voice-overs and editing has promoted her signature style on YouTube videos.

The second video she posted, entitled “How to Make a Drop Leg Bag, set the tone for her YouTube channel, which is DIY projects and sewing tutorials.

She continued to make differing DIY videos, such as “Making a Gown in a Hotel room” and “How to Turn a Shirt into a Wrap Dress”, mainly receiving positive comments and a decent number of views. Generally, the DIY concept has been quite popular on YouTube, considering the increase of interest in second-hand clothing, thrift, sustainable clothing, and learning how to sew. Micarah’s videos provide the needed instructions, measurements, ideas and show the whole process of making a clothing piece, from buying the fabric to the end product. The idea of making your own clothing is highly desirable, as it provides the potential to render your clothing more unique, personalized and cheaper.

Additionally, Micarah is not afraid to test her sewing abilities, creating outfits made of chicken feed bags, curtains, or adult diapers.

Her choice of materials shows that she isn’t only talented and creative, but also very resourceful. Regarding the peculiar choice of fabric, she said: “I’m usually making stuff out of things you can find around the house, like curtains or an old bedsheet, and I think that appeals to a lot of people because you don’t have to go anywhere to get it, and it’s very cheap.”

Micarah began attracting viewers and attention with her creative, complex and interesting projects such as “Creating a Cinderella Costume ft. Wisdom Teeth Removal” and “Turning a Couch into Fashion”. Her channel continued to grow steadily through 2019, especially after she enriched her content with occasional video blogs such as “Thrifting Through the States” and “Dressing Only as Rachel McAdams Character for one week”.

After posting the video “I Made Kylie’s Christmas Dress for $20”, the number of her subscribers saw a drastic jump as the video amassed a lot of views, currently counting over five million. In 2020 her subscriber count drastically rose as she jumped from 600,000 subscribers to hitting her first million, possibly due to her most viewed video entitled “I Made Ariana Grande Grammys Dress for Cheap”, which currently counts over 10 million.

Drawing the inspiration from celebrities’ outfits, she resumed challenging herself by creating camp outfits such as “Recreating Jared Leto’s Met Gala Look” and “I DIY’d Kendall’s Met Gala Dress”.

In addition to her useful and entertaining tutorials, she occasionally posts video blogs and reaction videos such as “Draining my Dad’s Elbow”, and “Reacting To My Own Birth”.  Her latest videos are entitled “I Bought a House” and “RV MAKEOVER+TOUR! (Again! Same girl, different RV)”. Her channel currently counts 1.7 million subscribers with over 117 million views”.

While her dating history is unknown, she disclosed in March 2021 via Instagram that she’s engaged to her long-term partner Joe. In her post, she wrote: “ENGAGED 💍 have been for a while now! And yes, it’s an arranged marriage. I used to chase him around our church trying to kiss him. Only took him 20 dang years to start chasing me back. He’s the most wonderful person anyone’s ever met.“

It’s unclear when the couple actually began dating, but some sources indicate it might be in 2017 as she changed her YouTube username to Jheart; she still has not revealed the date of the wedding.

Her estimated net worth is around $300,000, earned as a social media star and YouTuber, and additionally through sponsorship deals and paid advertisements. So far she’s partnered with numerous brands, including Honey, INH Hair, and Skillshare Premium.

Given that she’s already become very popular, it is believed that her net worth will continue to grow – one of the best indicators that YouTube is a sustainable career choice is reflected in the fact that she recently bought a Victorian period house.

Micarah is 5ft7ins tall (173cm) and weighs around 116lbs (53kgs). Her hair is blonde and medium length, while her eyes are blue. She is a huge fashion enthusiast and a great sketch artist.

Micarah also indirectly disclosed in some of her videos that she is Christian; her Instagram description reads: ”Costume sewer. Bible reader. Not easily bored.” Interestingly, she’s a gamer – one of her favorite games is “Fortnite”. Micarah has a bird pet, which is often featured in her videos.

In her interview with the Insider, she shared her source of inspiration and ideas for videos, saying: “I loved movies, especially ones with dramatic costumes, and I always loved fashion. I’d go home and work on something really elaborate, like a historically accurate ‘Beauty and the Beast’ dress, and nobody would ever see it — I did it just for the joy of doing it.”

Considering her eye-catching and affordable clothing projects, Micarah gets many questions from her fans, and viewers who are interested in buying her garments. However, she’s not keen on selling her pieces – in an interview, she explained: “I’m just so sentimental – I have a niece who is getting to the age where she’ll be able to wear them, and my friend wore one of my dresses to prom, so I think to myself, ‘If I just keep them I can continue to loan them out,'”