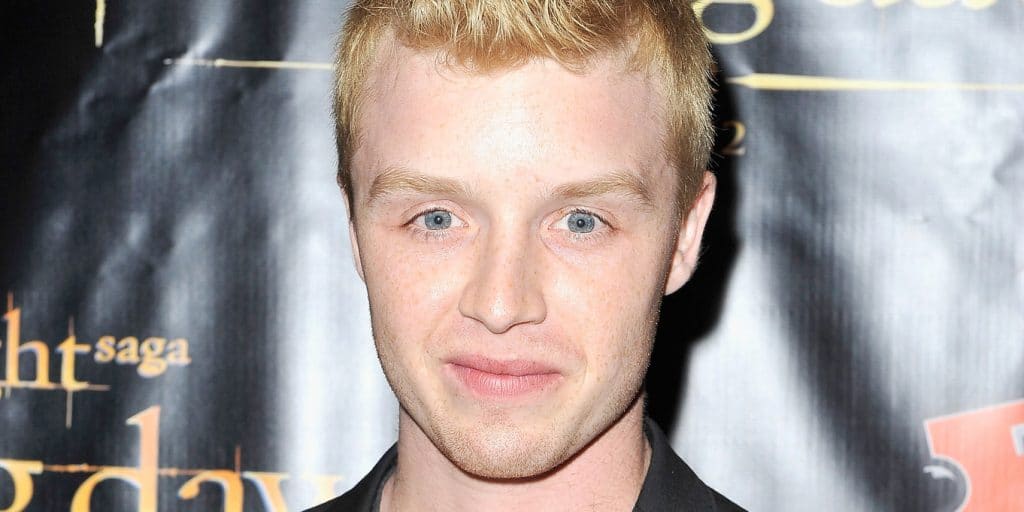 Who is Noel Fisher (aka Mickey Milkovich on “Shameless”)? Wiki

Who is Noel Fisher?

Noel Roeim Fisher was born on 13 March 1984 under the zodiac sign of Pisces, in Vancouver, British Columbia, Canada. He is a 37-year-old actor, probably still best recognized for landing the role of Cael Malloy in the FX drama series “The Riches” (2007-2008), playing Mickey Milkovich in the Showtime comedy-drama series “Shameless” (2011-2021), and featuring as Ellison ‘Cotton Top’ Mounts in the History Western miniseries “Hatfields & McCoys” (2012).

How rich is he, as of now? Noel Fisher Net Worth

As of mid-2021, Noel Fisher’s net worth is estimated at over $3 million; earned through his successful contribution to the world of entertainment. He has worked on nearly 70 television and film titles since he launched his career back in the late 1990s.

Noel Fisher spent his early years in his hometown of Vancouver, where he was raised with his sister named Raena Kai by their father Ron Fisher, who is of Irish descent, and mother Linda Leonard Adams, who is of Scottish ancestry; however, their professions aren’t revealed. He holds Canadian nationality and belongs to White Caucasian ethnic group. Noel hasn’t shared any details regarding his education; it’s only known that he attended piano lessons for eight years.

Noel Fisher started pursuing his professional acting career at the age of 14, when he made his debut TV appearance as the young Sheldon Kennedy in the made-for-TV biographical sports drama film “The Sheldon Kennedy Story” in 1999.

For his performance, he received his first Gemini Award nomination for Best Performance by an Actor in a Featured Supporting Role in a Dramatic Program or Mini-Series.

His first major role came when he provided his voice to Toad and Todd Tolensky in the Kids’ WB animated superhero series “X-Men: Evolution” from 2000 to 2003. Concurrently, Noel continued to work on other projects, and through 2000 and 2001, he was cast as Aaron in the drama TV series “You, Me And The Kids”.

He made his debut feature film appearance in 2001, when he landed a support role in the slasher film “Valentine”, alongside Denise Richards and David Boreanaz.

His next prominent role came when he joined the main cast of the Bravo!/Citytv comedy-drama series “Godiva’s”, in which he played busboy TJ for two seasons from 2005 to 2006. It earned him his second Gemini Award nomination for Best Performance by an Actor in a Featured Supporting Role in a Dramatic Series. It was followed by his appearance as Pete in the 2006 drama film “Pope Dreams”, written and directed by Patrick Hogan, and Jay in the 2007 romantic comedy film “After Sex”.

He then earned praised from the critics for his portrayal of Cael Malloy in the FX drama series “The Riches”, that ran from 2007 until it was canceled after two seasons in 2008.

He then played Danny in the thriller film “Red” (2008), after which he landed the supporting role of CSU Tech Dale Stuckey in the critically acclaimed NBC crime drama series “Law & Order: Special Victims Unit”, and featured as Todd McCray in the CBS family drama film “A Dog Named Christmas”, both in 2009.

In 2011, Noel Fisher had the part of Pfc. Shaun Lenihan in the military sci-fi action film “Battle: Los Angeles”, directed by Jonathan Liebesman. The film was a huge commercial success, grossing over $210 million worldwide on a $70 million budget. He then received critical acclaim for starring in the role of Mickey Milkovich in the Showtime comedy-drama series “Shameless”, – one of the longest-running scripted series in the history of Showtime – appearing in more than 70 episodes from 2011 until its finale in 2021.

In 2012, he was cast as Ellison ‘Cotton Top’ Mounts in the Primetime Emmy Award-winning Western miniseries “Hatfields & McCoys”, broadcast on the History channel, sharing the screen with Kevin Costner and Bill Paxton.

During the same year, he played Dillon in the City/Hulu psychological thriller series “The Booth At The End”, and featured as Vladimir in the romantic fantasy film “The Twilight Saga: Breaking Dawn – Part 2”, which is the second installment of “The Twilight” franchise, and whichr was a box office success, since it grossed nearly $830 million worldwide although it received mixed reviews from critics. In 2014, he took the role of Michelangelo in the superhero film “Teenage Mutant Ninja Turtles”, which he would later reprise in its 2016 sequel, entitled “Teenage Mutant Ninja Turtles: Out Of The Shadows”.

Meantime, Noel Fisher lent his voice to Gogo Shoto in the 2015 direct-to-video animated superhero film “Batman Unlimited: Monster Mayhem”, after which he voiced Simon Picard in the English version of the 2017 animated adventure comedy film “A Yeti Adventure”. Later that year, he was selected to play Pfc. Tomas Young in the National Geographic drama miniseries “The Long Road Home”, along with Michael Kelly, Jason Ritter, and Kate Bosworth, followed by his portrayal of Dennis Zalewski in the Hulu psychological-horror series “Castle Rock”, and his voice-over of Zac in the animated adventure film “Racetime”, both in 2018.

In the next year, Noel provided his voice to Brainiac 5 in the direct-to-video animated superhero film “Justice League Vs. The Fatal Five” and landed the main role of Officer Paul Evans in the CBS drama limited series “The Red Line”.

Most recently, he was cast as Ed Conner Jr. in the ABC sitcom “The Conners”, after which he shared the screen with Tom Hardy in the biographical drama film “Capone”, starring as Al Capone’s son Junior, both in 2020.

Noel Fisher has short dark brown hair and blue eyes. He stands at a height of 5ft 7ins (1.70m), while his weight is around 165lbs (74kgs). Information about his vital statistics, biceps size, and shoe size isn’t available.

Noel Fisher became romantically involved with Layla Alizada back in November 2005. She is a Canadian actress famous for her work on “The Muppets”, “Jane The Virgin”, and “Days Of Our Lives”. After dating for almost a decade, the couple took a step closer to marriage, and became engaged in August 2014, eventually exchanging their wedding vows at a ceremony held on 15 July 2017; they don’t have children. Their current residence is in Los Angeles, California.