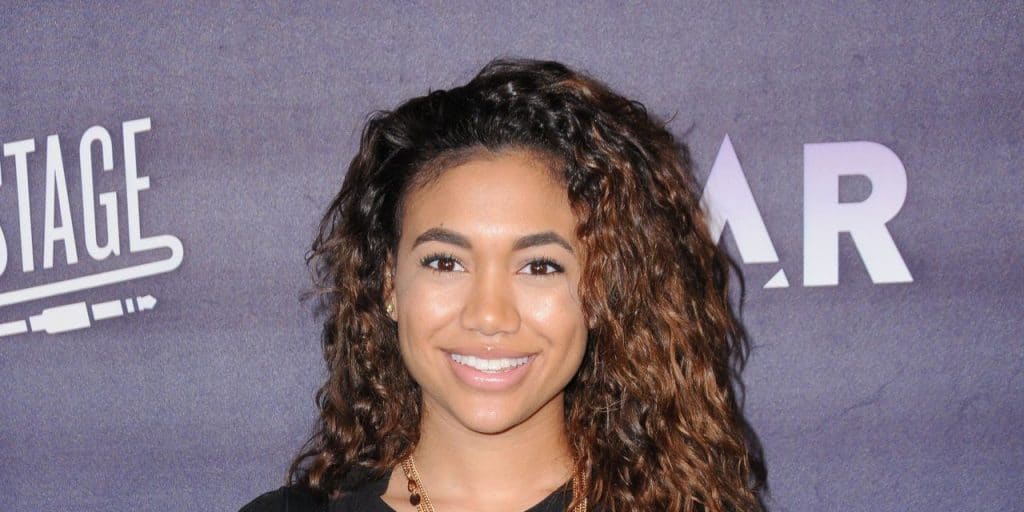 Who is Paige Hurd?

Paige Audrey-Marie Hurd, born on 20th July, 1992, in Dallas, Texas, USA, is a spunky actress of African-American and Puerto Rican heritage, perhaps best known for her longtime role as Tasha Clarkson on “Everybody Hates Chris”. The goddaughter of well-known now deceased rapper DMX is 5ft 4in (1.63m) tall and about weighs 115lbs (53kgs), with vital statistics of 34-25-36.

We have no information on Paige’s father, but we do know that her mother, Cheryl Martin, is the CEO of CMA Entertainment, a prestigious talent management firm and production company that prides itself on its diversity.

Paige grew up with her four siblings, who have all preferred to shy away from the public eye, and studied at Indian Creek Elementary School, then graduated from the University of Nebraska-Lincoln. Her interest in the acting world was clear from an early age, as she also studied at the Dallas Young Actors’ Studio.

From eight years old, Paige juggled her first roles with her studies, while maintaining a close bond with her family at the same time.

In 2000, Paige appeared on our TV screens for the first time as Natasha in an episode of “Felicity”.

Two years later, she was seen in the pilot episode of the interesting early 2000s crime series “Boomtown”, playing Grace Adams. The show would go on to win several awards, and spawn household names such as Donnie Wahlberg.

Slowly but surely, Paige beefed up her acting resume with roles in children’s series “George López”, and he gritty action movie “Cradle 2 The Grave”. It’s worth noting that Paige met rapper DMX and his then-wife Tashera Simmons on set, and they soon adopted her into their family and made her their goddaughter. With time, Paige would go on to refer to DMX as ‘pops’, and treat him as a father figure.

From 2006 to 2009, Paige appeared in over a dozen episodes of the hit series “Everybody Hates Chris”. Her character, Tasha Clarkson, was born in early 1970, and befriends Chris after becoming his next-door neighbor. Although Chris falls in love with Tasha, she insists on remaining just friends and doesn’t date him until the fourth season of the show. Interestingly, Chris notes that Tasha is the only girl who doesn’t hate him. In the end, Tasha breaks up with Chris, and Paige’s role in the show ended soon afterwards.

Other notable roles include Paige’s interpretation of Samantha Grove in “Hawaii 5.0” between 2013 and 2017.

The talented thespian lent her talents to seven episodes of the cop series over the years, further cementing her position in the industry.

While appearing in “Hawaii 5.0”, Paige also played an important role in 2015 production “A Girl Like Grace”, a drama written and directed by Ty Hodges in which an adolescent from a dysfunctional home turns to her best friend and her older sister for help while suffering bullying. Starring Meagan Good, Ryan Destiny and other seasoned actors in the black entertainment industry, the PG-13 movie was popular with its target demographic and received decent reviews.

Last but not least, one of Paige’s most recent projects has been working on set of 50 Cent’s “Power Book II: Ghost”. As of late 2021, the young actress has appeared in 20 episodes as Lauren Baldwin, a freshman at Stansfield University with strong moral values and a turbulent romantic life who enjoys a clandestine affair with Tariq, the main character.

Having been in the industry for several years, it’s no surprise that Paige has been romantically linked to several socialites and celebrities. Her first relationship in the public eye came in 2007 when she began dating DJ Scott; although the couple broke up two years later, she quickly found solace in Snoop Dogg’s son Cordell C. Broadus.

Following her split from Cordell in 2010, it’s reported that Paige began dating rap mogul Diddy’s son, Justin Combs, soon afterwards. Other sources claim that in the same year, Paige also dated artist Lil Twist and Steph Jones. We have no way to verify these rumors, because Paige doesn’t like divulging a lot of details about her private life, and the most we’ve ever seen of her with her exes is an occasional photo.

It appeared that Paige had at last found real love in October 2013, after beginning a relationship with basketball player Maurice Harkless, but the attractive couple broke up in early 2015, however, they rekindled their relationship at least two or three times, and reputable gossip blogs confirm that they’ve been on and off for roughly eight years.

Harkless, who has a net worth of almost $9 million, has never spoken publicly about Paige, and the actress has returned the favor.

For now, Paige is single and working hard on her acting career and social media endorsements. Hobbies of hers include working out at the gym, holidaying on sunny yachts, and pulling together stylish fashion looks which she shares with her 1.4 million Instagram followers.

She said: “I love you. I’m proud of you. I’m glad I have you in my life. I wish I could be there with you today celebrating such a milestone.” It’s unlikely that Paige and Quincy dated, especially after she dated his brother Justin Combs, but the pair go way back and have already known each other for over a decade. Since then, Paige hasn’t posted anyone else on her Instagram profile.

Several reliable sources confirm that Paige’s net worth is sitting pretty at close to $2 million, thanks to her roles in popular productions and social media endorsements. A diligent worker usually who stays out of drama, it’s little surprise that Paige has been able to amass this wealth, as she isn’t a particularly material person, despite her penchant for designer bags.