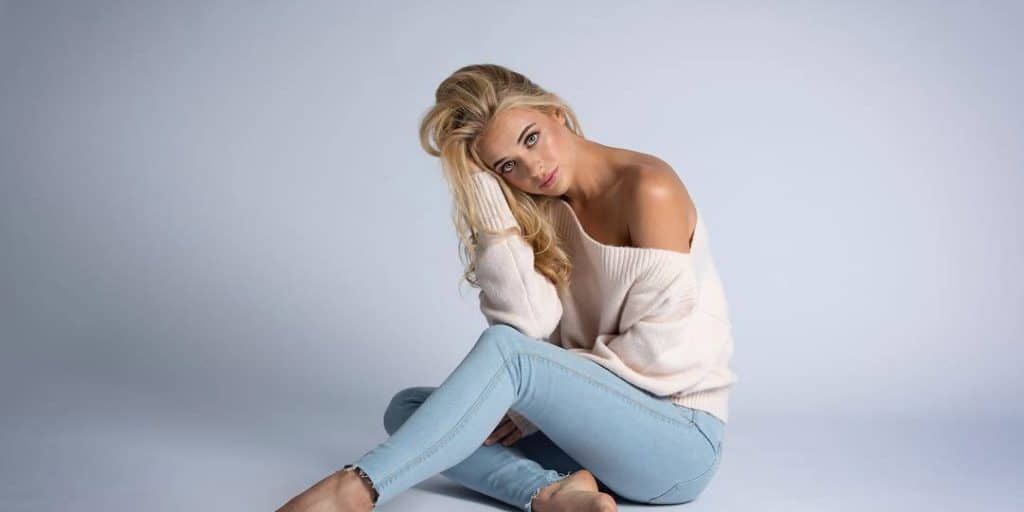 Raechelle Jasmine Banno was born is Sydney, New South Wales, Australia, on 28 April 1993 – her zodiac sign is Taurus, and she holds Australian nationality. She’s an actress, film writer and producer, model, and a dancer, who has been credited with appearing in nine movies and TV series, perhaps known best for her portrayal of Olivia Fraser Richards in the long-running romantic drama series “Home and Away”. It was created by Alan Bateman, stars Ray Meagher, Lynne McGranger and Emily Symons, and follows the people who are living in Summer Bay, New South Wales; the series has been airing since 1988 (Raechelle was a member of the cast from 2015 to 2018), and has won 46 of the 154 awards for which it’s been nominated.

Raechelle was raised in Sydney alongside her twin sister Karina, and their older sister Stephanie; Karina is also an actress, while Stephanie works in public relations. The girls were raised by their mother Joanne Banno, but nothing is known about their father, as it’s believed that he wasn’t around while they were growing up.

Raechelle launched her career as a dancer when she was only three years old, as she was already practicing tap, jazz and ballet, and appeared in several local commercials. She became interested in acting while attending Fairfield West Public School, mostly because her drama teacher urged her to appear in a school play, and she then joined the school’s drama club, and was in various plays performed at the school, prior to moving on to Fairvale High School, from which she matriculated in 2010.

Because she hasn’t talked about her further education, it’s believed that she hasn’t attended college.

Raechelle made her debut TV series appearance in 2013, with her portrayal of Courtney, in the episode “Verliebter Jack” of the comedy “In Your Dreams”.

In 2019, we saw her play the supporting character – Atria Nine – in 13 episodes of the popular action science fiction drama “Pandora”, created by Mark A. Altman, and which starred Priscilla Quintana, Oliver Dench and Ben Radcliffe. The series follows a young woman who’s living in the year 2199, and is a student at Earth’s Space Training Academy, wanting to defend her galaxy from threats; it was nominated for an Academy of Science Fiction, Fantasy & Horror Films Saturn Award for Best Science Fiction Television Series.

In 2020 and 2021, Raechelle voiced Scarlet Jagger in the animated drama “100% Wolf: Legend of the Moonstone”; it stars Ilai Swindells, Elizabeth Nabben and Sam Alhaje, and follows the poodle Freddy who wants to be a werewolf, and is attending the werewolves-only Howlington Academy.

She has appeared in one more series – the 2021 drama “V. C. Andrews’ Landry Family”, in which she’s starring alongside her sister Karina and Ty Wood.

Raechelle made her debut film appearance in 2013, with her portrayal of the lead character Young Edie, in the short drama “Exposure”, directed by her sister Karina, and which also starred Helene Horton and Sheila O’Loughlan. It follows Edie who’s hoping that an unexpected visitor will change her life.

Her following role came in 2018, when she was cast to play Nouchka Bortsov in the short comedy drama “Second Best”, written and directed by Alyssa McClelland, and in which she starred alongside her sister Karina and Lucy Bell. It follows the lives of twin sisters, and the movie won six of the seven awards for which it was nominated.

Raechelle has appeared in two other movies: the 2018 short thriller drama “Phenomena”, and the 2020 short comedy “@BladeRoller: Case Unsolved”.

Raechelle received special thanks for the 2017 short movie “Everybody Else Is Taken”.

She featured in the 2018 documentary movie “Endless Summer: 30 Years of Home and Away”.

Raechelle made a guest appearance in a 2021 episode of the talk-show “Celebrity Page”.

Raechelle prefers to keep the details of her love life to herself, but there are still two men whom she dated in the 2010s, that the public knows about. She met the actor Scott Lee on the set of the series “Home and Away” in 2015, and the two were then seen spending time together off-set on multiple occasions. They revealed that they were in a relationship after a couple of months of dating, however, they split in 2017 for unknown reasons.

Raechelle was then in a relationship with Henry Wells, a non-celebrity man who seen featured in some of her Instagram pictures; the two were apparently together for just over a year.

As of November 2021, Raechelle seems to be single, hasn’t married, and doesn’t have children.

Raechelle believes that she’s a ‘hopeless romantic’, and enjoys having romantic dinners, listening to music, and receiving flowers and chocolate.

She’s into travelling, and her acting and modeling career has taken her all around the world, to various US states, and several European and Asian countries; her dream travel destination is Paris in France.

Raechelle’s a huge animal lover, with her favorites being sea turtles and horses.

She’s physically highly active, and has multiple training sessions at the gym every week, mostly because it’s important for her career to stay fit.

Raechelle has her own favorite actors and actresses, some of whom are Tom Hardy, Tom Hanks and Angelina Jolie, while a couple of her favorite films are “Venom”, “The Dark Knight Rises” and “Mr. and Mrs Smith”.

As of November 2021, her net worth has been estimated at close to $1 million.